For Passage’s 40th anniversary, the Duke of Cambridge wrote a special foreword for the charity’s upcoming cookbook, A Taste of Home, which honors Passage’s years of charitable work, with all book profits going directly to supporting the homeless population.

While Prince William has many skills, he’s often laughed about his questionable cooking. In the foreword, he writes, “I am the first one to admit that I am not an excellent chef,” and joked that “The last time I was allowed into the kitchens at The Passage they very sensibly kept me in the role of sous-chef (aka carrot-chopper),” and yes, there are pictures of the future King of England being relegated to carrot-chopping duty on the aforementioned occasion.

He continued, “On that occasion I ‘made’ a spaghetti bolognaise (recipe on page 101). The dish smelt amazing—probably because I didn’t cook it,” because royals are capable of self-deprecating humor! On a more serious note, Prince William wrote, “But what struck me most was how sharing a hot meal in the canteen at The Passage makes people who are experiencing homelessness feel right at home.”

The Duke of Cambridge also thanked the staff and volunteers for their work during the coronavirus pandemic, as they were “on the front line, looking after the most vulnerable in society.” He wrote, “One of the things I will remember from this difficult year is the amazing community spirit and care for the vulnerable shown by our nation.”

Prince William and Kate Middleton have both laughed at their own cooking skills in the past, and in 2017, the Duke of Cambridge said, “I do like cooking, but I’m not very good.” Last year, when the Duke and Duchess of Cambridge teamed up with celeb chef Mary Berry for A Berry Royal Christmas, Kate said that Prince William used to cook for her far more often, as “In university days, he used to cook all sorts of meals. I think that’s when he was trying to impress me!”

Now, the Duke of Cambridge sticks mostly to breakfast, which he’s “very good at,” says Duchess Kate. Prince William and Kate both attempted a new skill recently, as they participated in a bagel bake-off during a trip to East London’s Beigel Bake Brick Lane Bakery, in which they both did their best to make bagels from scratch—Kate, who has often spoken about her love of baking, came out victorious. 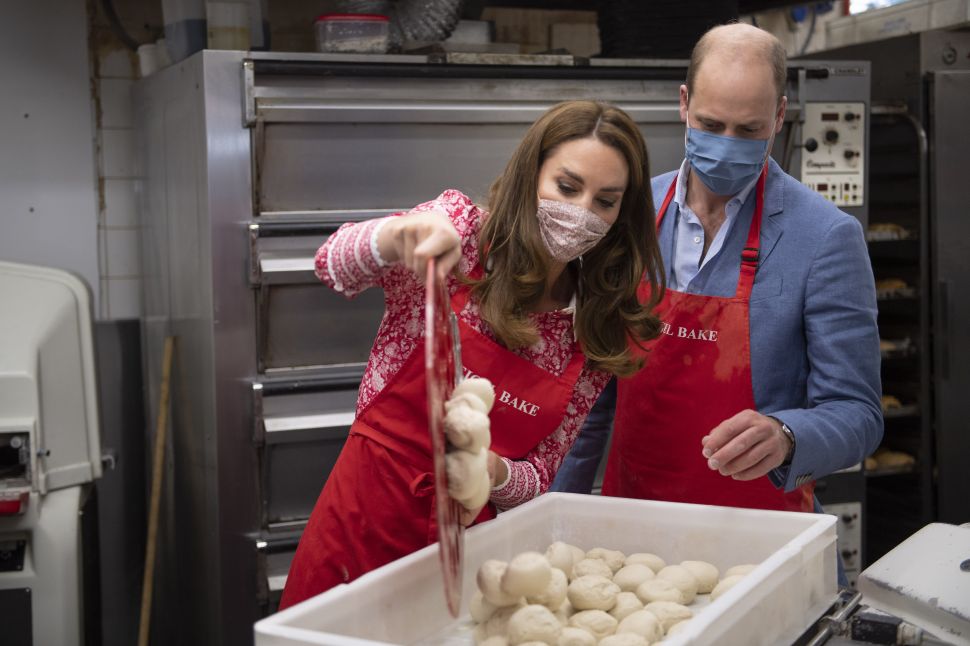