The Duke and Duchess of Cambridge are back to official business in London, as they hosted the first royal event at Buckingham Palace since the United Kingdom coronavirus lockdown began in March.

Prince William and Kate, who wore a custom blue Emilia Wickstead dress for the occasion, received the Ukrainian president and first lady for a socially distanced visit in the Throne Room. While the two couples did not shake hands, stood a safe distance apart and eventually sat on separate couches, neither the Cambridges nor their guests wore masks during the meeting.

The Palace said the decision and protocols adhered to “current government guidelines, and as a sensible precaution in the current circumstances.”

Prince William and Kate returned to London with Prince George, Princess Charlotte and Prince Louis at the beginning of September, after spending the majority of lockdown at their Norfolk country home, Anmer Hall. They’ve both undertaken a number of socially distanced engagements as of late, and will likely be taking on more responsibilities since Queen Elizabeth isn’t moving back into Buckingham Palace this year.

The Queen is instead living at Windsor Castle, where she returned this week after spending time at Sandringham with Prince Philip. There are careful precautions in place for Queen Elizabeth, who is in the at-risk age group, and she’s in a “Windsor bubble” with the same staff, to decrease the risk of infection.

Don’t expect any big, crowded events at Buckingham Palace anytime soon, though, as the Palace announced that there won’t be any large-scale events at the Queen’s official London residence throughout the rest of the year. 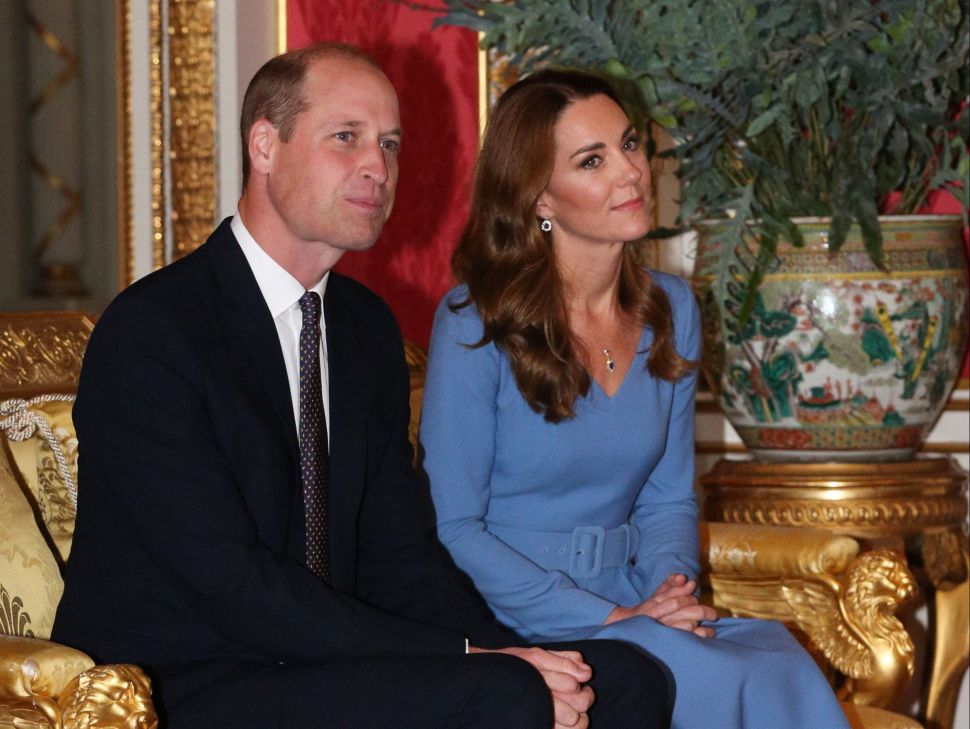