Every year, Queen Elizabeth travels to Sandringham for the annual Christmas festivities, where she’s joined by senior members of the royal family to celebrate the holidays. The royals traditionally attend Christmas Day services at St. Mary Magdalene Church in Norfolk, and there are typically massive crowds of eager well-wishers, all hoping to greet the royals.

None of this is possible in a COVID-19 world, though. It’s going to be different this year, due to the coronavirus pandemic, but the royals haven’t finalized their plans just yet. While there were reports that the Queen is skipping the annual church outing on Christmas Day, this year, the royals haven’t actually made any official decisions about the holiday.

A Buckingham Palace spokesperson told the Daily Mail that nothing is confirmed, and “It’s too early to be making decisions about Christmas, and it’s all undecided at the moment.”

The Queen usually travels to Sandringham a few days before Christmas; it has become a tradition that she takes the train from King’s Cross in London to King’s Lynn station in Norfolk. She’s then joined by a number of the senior royals closer to the holidays, including Prince Charles, Camilla Parker-Bowles, Princess Beatrice, Princess Eugenie, Prince William and Kate Middleton, and the family typically exchanges presents and celebrate with a traditional Christmas lunch.

The COVID-19 crisis will likely change this, however, especially since the Queen and Prince Philip have been living in a “bubble” with the same staff, to prevent the risk of infection. Not only will the Queen, who has been staying at Windsor, definitely not be taking the train from London, but any royals that do see Queen Elizabeth have to quarantine beforehand, and will likely be unable to stay in the same residence as the monarch. Any kind of a celebration with the extended royal family isn’t permitted under the U.K.’s “rule of six,” which doesn’t allow gatherings (indoors or outdoors) of more than six people.

Prince William and Kate are expected to spend the holidays with Prince George, Princess Charlotte and Prince Louis at their country home, Anmer Hall, which is located right on the Sandringham estate, so perhaps they’ll still be able to have a socially distanced celebration with the Queen and Prince Philip.

Prince Harry and Meghan Markle are reportedly skipping the Sandringham Christmas festivities for the second year in a row and staying put in Montecito, as it’s still too risky to travel amidst the coronavirus pandemic, especially since they would need to quarantine upon their arrival in the U.K. We suppose we’re just going to have to wait a few more years for Archie to make his church debut. 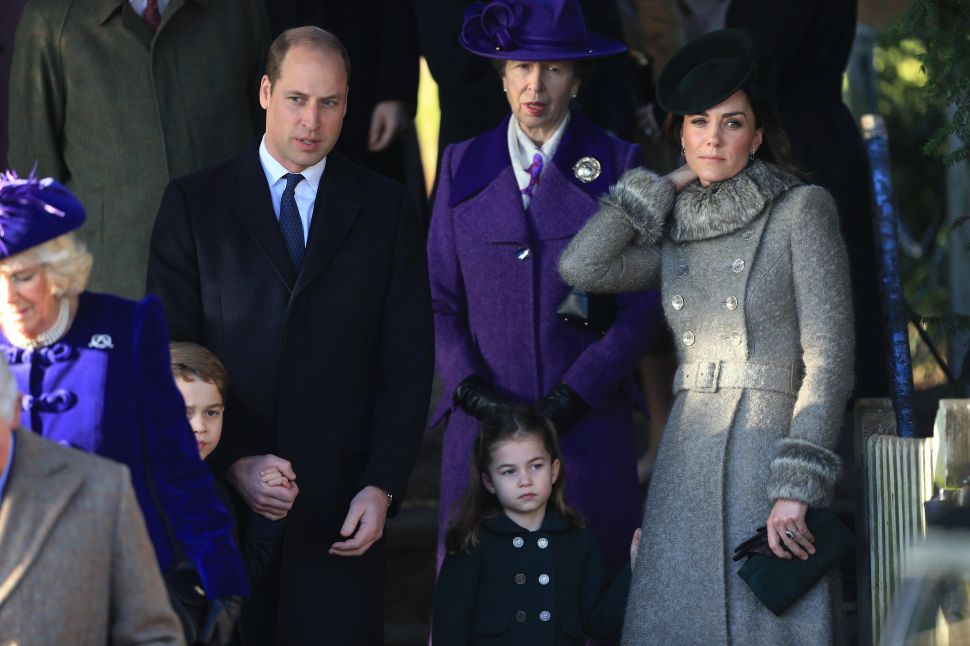