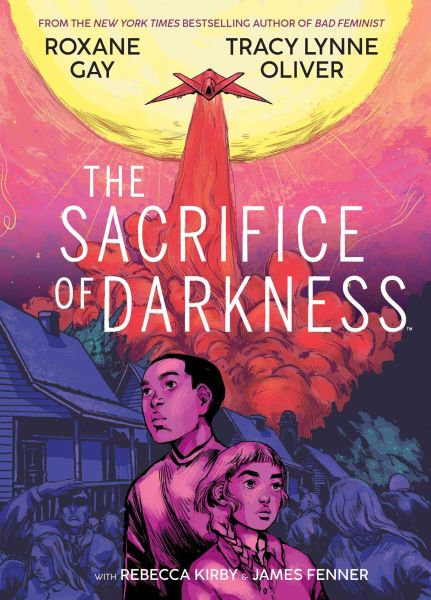 “I think the story would probably be similar if I wrote it now,” author Roxane Gay tells Observer during a recent conversation about her latest release. “But it would also be a lot darker. Because the world is in a far worse place.”

The narrative in question was originally published as a short story in 2013 called We Are the Sacrifice of Darkness, but now has been adapted into a Boom! Studios graphic novel called The Sacrifice of Darkness by Gay and writer Tracy Lynne Oliver. Gay and Oliver spoke about the adaptation on a Zoom call—Oliver from Los Angeles, Gay from New York. The two met through the small press community and have been best friends for a decade. They both laughed as Oliver set up a background of Rebecca Kirby’s art from the graphic novel for the call, and bounced questions and answers back and forth.

The plot of Gay’s original story is largely intact in the adaptation. Hiram Hightower, a miner, grows so weary and cold from his work that he flies a plane into the sun, plunging the world into darkness. The family he leaves behind are blamed for the disaster, and his son Joshua is isolated and reviled, except by one of his classmates, Claire.

Though Gay says she would write the tale bleaker in 2020, it’s sad enough as it is. Hiram’s work in the mines is described with grim poetry in the original story:

That man who needed to reach the sun, Hiram Hightower, worked his whole life underground, mining, digging through the hard earth to make other men wealthy, to fill their homes with fine things, to clothe their wives with fine linen and silk, to feed their mouths with fine food. He worked the unyielding earth until his lungs blackened and his bones swelled from the pressure of the world bearing down on him day after day after day.

Nor does Hiram’s revolutionary bid for freedom make anything better. It just spreads his own inner despair over the entire globe.

“When I originally wrote the short story, I was living in Michigan’s Upper Peninsula,” Gay says. “And it’s a very impoverished place, because it used to be the center of copper mining in the United States. And when the copper mines closed, everything fell apart, because that was the industry. And that’s where the idea for the story began. But the mine owners were inevitably fine. And they just took all of the money they extracted from the land and left. The people they left behind had to pay that price.”

When Boom! Studios approached Gay about working on a graphic novel, she thought about adapting We Are the Sacrifice of Darkness because of its fantastical visual elements. And sure enough, Rebecca Kirby’s drawing of Hiram’s tiny black plane being swallowed by the sun in a blaze of light and warmth is striking.

“It was obviously Roxane’s beautiful short story, but they really wanted to expand it a little bit,” Oliver says. “And the part that she really didn’t cover in the story was what happened in the before with Hiram and his wife Mara: How did they meet, what was their life like before he had to take his air machine into the sun?”

“Everything I write in one way or another is a love story,” Gay says, and the graphic novel fleshes out that aspect of her work. Science-fiction elements dominate the beginning and end of the comic, but in the middle, the story cuts back and forth between the courtship of Hiram and Mara and the courtship of Joshua and Claire. The first provides rest and relief from the grinding toil of the mines, and the second is a light in the darkness after the sun goes out. Injustice and hardship grind on, but so does love. 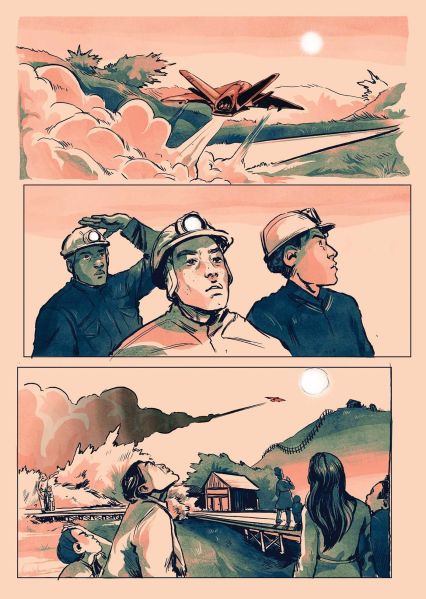 A page from The Sacrifice of Darkness with art by Rebecca Kirby. Archaia

The graphic novel alters a number of other elements. Gay’s favorite change, she says, was Oliver’s decision to say precisely what Hiram and his coworkers were mining. In the story, we never know, but in the book they’re digging for a miraculous energy metal called Flareon. “I was really pleased with her exploration of that, and how the Flareon could be used for any number of things,” Gay says. “That was something unexpected. And I just thought, Oh, yes, of course you could use that to power an air machine and use it as a sort of herbal remedy for infertility. It was just great to see, and yeah it was just something I would have never thought up.”

Oliver tweaks the ending of the story too. In the original, the story resolves through a kind of mystical and never-quite-explained deus ex machina. In the graphic novel version, though, Joshua is fascinated with air machines, like his father, and manages to use his expertise and Flareon to undo, or rework, some of what his dad did. Joshua’s promise—”I am not my father…I aim to be better,”—gains an extra resonance in the graphic novel, where Joshua is more like his father, and so gets to be more clearly different as well.

“I tend to write rather dark stories,” Gay says. “But if you are paying attention there in general is some kind of hopeful or happy ending. It’s just not a perfect ending, because I just don’t really believe that there is such a thing.” The Sacrifice of Darkness seems perhaps even more relevant now, in the middle of multiple global catastrophes, when we feel stuck with sunlessness and hate and sadness for the duration. Gay and Oliver capture a world in which change for the better is not possible—right up until the moment that it is. 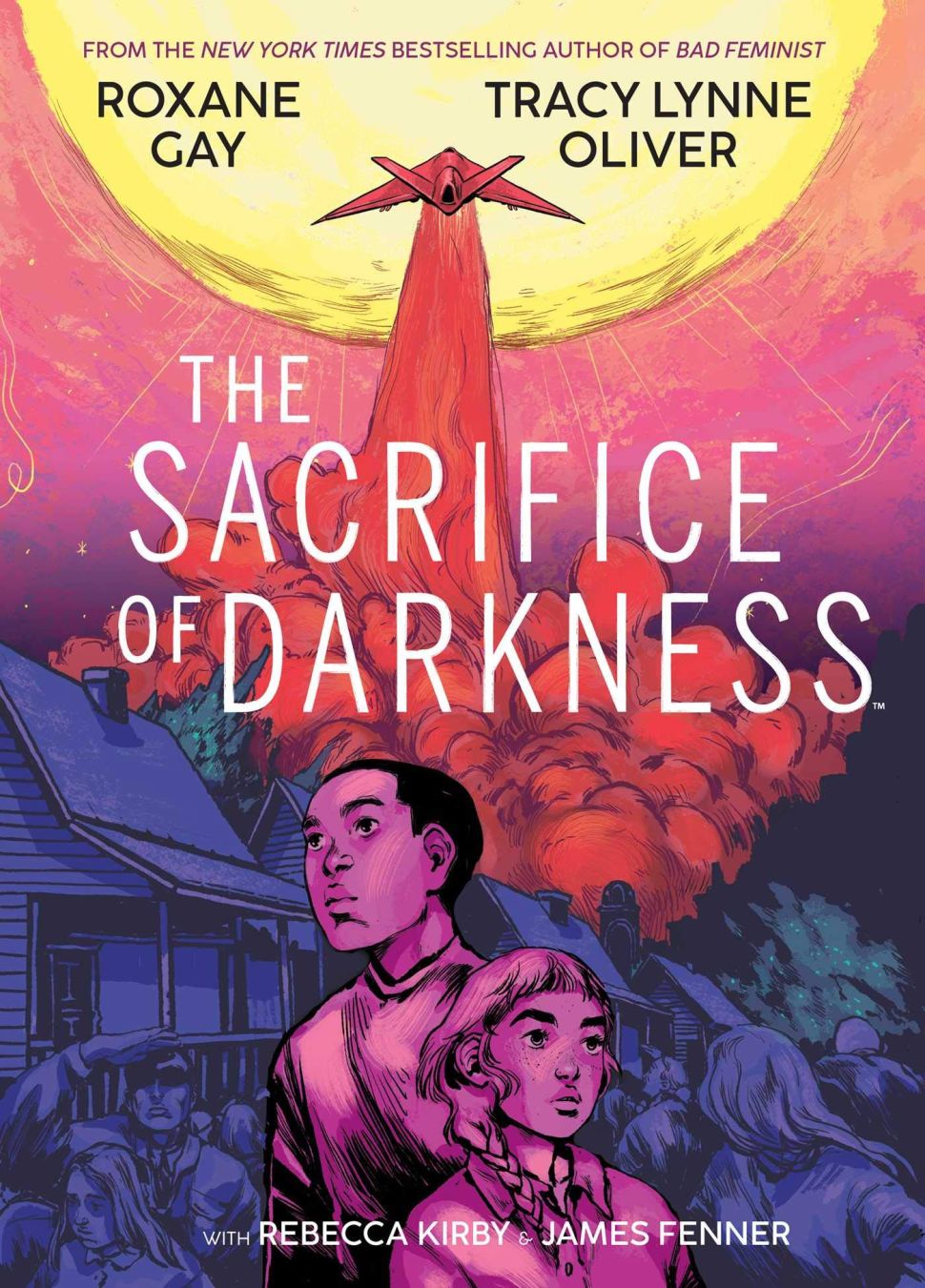