Samson Kayo isn’t an actor on most people’s radar, but he should be. The 29-year-old Londoner, who fell into acting after he faked his way into an audition in 2013, is one of Britain’s brightest comedy prospects. From humble beginnings on comedy drama series Youngers, to starring in BBC sketch show Famalam and creating his own hit sitcom Sliced, the BAFTA-nominated star is one to watch.

Now, seven years after talking his way into the industry, Kayo tackles his most prominent role yet. Co-starring in Truth Seekers, a comedy horror series from Nick Frost and Simon Pegg, Kayo takes on the role of Elton, a loving-but-timid individual who gets roped into helping part-time paranormal investigator Gus (Frost) uncover the mysteries behind a spate of supernatural occurrences. As the pair attempt to solve the puzzle, they become embroiled in a conspiracy that could spell the end of the human race as they know it.

In an interview with Observer, Kayo discussed what he’s learned from the iconic duo of Pegg and Frost, his belief in the supernatural, and how Truth Seekers can help to encourage conversations about racism in the horror genre.

Observer: How did you get involved in Truth Seekers?
Samson Kayo: I went in for an audition the natural way, and they called me back to have a chemistry read with Nick. We bounced off each other really well, so it felt nice when I got the role. I’ve wanted to work with people like Nick and Simon for so long, so it was good to hit it off with them.

What can you tease about the show?
It’s about two broadband installation guys who end up going on this paranormal adventure. Elton is someone who just wants to live a normal life, so he’s reluctant at first, but he’s coaxed into taking it on and giving it a go. He’s partnered up with Gus, who he doesn’t realize has a deep love for the paranormal. We see that they both have secrets, so it’s a story of them running towards and away from something.

What did it feel like to work with Nick Frost, Simon Pegg and Malcolm McDowell?
Everyone knows Malcolm from A Clockwork Orange, but I was like: “It’s Linderman from Heroes!” He’s so cool, professional and knows every beat. I’ve been a fan of Simon and Nick forever. I grew up on their stuff, so to be around them and work with them every day allows you soak in a wealth of knowledge.

Did you film in any haunted locations to help with the show’s ambience?
The places that we went to were eerie. One of my favorites was this old, abandoned hospital. It was really creepy, and it helped to enhance your character as it brought the set to life and introduced the series’ weird elements.

It sounds like those environments made you a believer of the paranormal, if you weren’t before.
Yeah, definitely. I would look down a flight of stairs, like one that was situated in an old school for deaf children, and see these chambers that looked like they could be haunted. As a Nigerian, there are myths about witchcraft and voodoo, so I do believe that those sorts of things are real. As for ghosts, if I believe that voodoo is real, then there must be some truth to ghosts.

Truth Seekers thematically works on two levels. It’s about uncovering the mystery at large, but it’s also about these characters looking inward to find their truth and face their own trauma.
I think we all hide things that have affected us for a long time, and we haven’t had people to talk to about it. I have anxiety, and I’ve kept it from others, but there are other people like that who understand what you’re going through. For Gus and Elton, they have their own situations, but they still come together, open up, and go through this experience together. You definitely take some truths from yourself to bring to the characters you portray.

And that trauma element extends to Elton’s sister Helen (Susan Wokoma), who is agoraphobic. How important is it that shows like Truth Seekers portray these types of characters on-screen?
I think it’s beautiful that we’re now at a place where we can understand that [concept that] “You are not the problem.” For Truth Seekers to have a character like Helen, it shows people with similar problems that there’s nothing wrong with you, you can talk about it, and there are people that will love you no matter what. It’s something that we need to take seriously, and really focus on as a society.

There are tropes about Black characters within the horror genre, such as the idea that “Black characters always die first.” Films like Get Out have opened discussions about ending outdated stereotypes like that. Do you think Truth Seekers helps to combat them, or move those discussions along?
Yeah, I feel that Elton and Helen could have been white characters. They’re not written as white or Black, but in the end we are the latter, and the writers allow you to have some input. I’d walk over to them between takes and say “Black people don’t really say this,” and they would say “Cool, we’ll change it.” That helps to keep the conversation going. We’re underrepresented in many genres, so this is a step in the right direction. Films like Get Out open up that dialogue and say “You know, Black people are allowed to live.” The day that it’s not a conversation anymore is when we’ve won.

How do you think the industry, as a whole, can increase diversity in front and behind the camera?
I feel like, in America, they’re bolder. I can’t see a show like Atlanta or Insecure being pitched in the U.K. and being taken on, because it will be seen as a risk. Black people have amazing stories to tell, and those stories should be told the same way as white people’s stories. That’s what the BAME [Black, Asian and minority ethnic] movement is about. It’s about allowing us to tell our stories that people will love. Get Out was such a phenomenon because people took it for what it was, which was an amazing horror. The more that the industry stops seeing us as a risk, the better it will be.

The arts have been hard hit by the COVID-19 pandemic. Are you concerned that there might be a lost generation of creatives over a lack of funding?
No, because the arts will always have a special place in people’s hearts. I’ve had conversations with Amazon who want to create something with me, so it shows that companies are still willing to back talent. As long as there are companies like Amazon or Stolen Picture (Frost’s and Pegg’s production company) who continue to push the agenda, then the arts will continue to thrive.

Depending on how season one ends, and without spoiling anything, would you come back for a second season of Truth Seekers?
Absolutely. I feel like another season could be bigger if it happened. It would be a joy to work with everyone again, and the show has scope to go to a lot of places. You’ll see from season one’s end that it can build, so I’d be up for it.

Truth Seekers hits Amazon Prime Video on October 30. This interview has been edited for length and clarity. 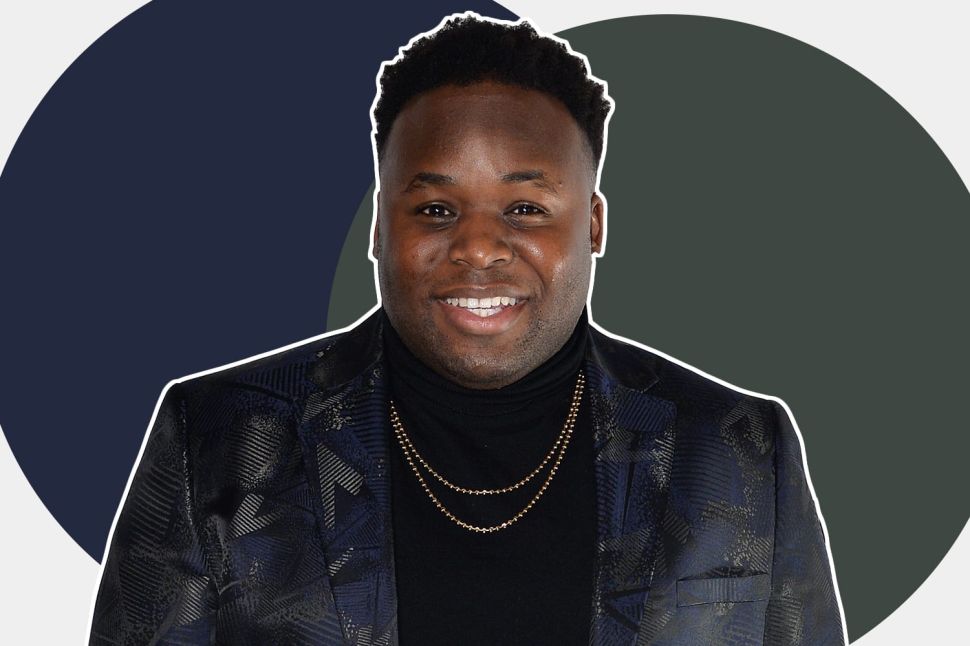