Note: This story has been updated.

After months of deadlock between Democrats and Republicans over a second round of coronavirus economic relief, talks of a stimulus bill resumed on Capitol Hill this week with Democratic lawmakers proposing a package that’s $1.2 trillion smaller than the HEROES Act that they originally introduced in May.

House Speaker Nancy Pelosi said the Democrats’ revised bill would include $2.2 trillion in economic relief, including many popular measures that were in the CARES Act in March. Those include the $1,200 per adult stimulus checks for middle- and low-income families and the $600 per week federal unemployment benefits.

On Wednesday, Treasury Secretary Steven Mnuchin proposed White House’s version of the stimulus plan with a few major tweaks of the Democrats’ new package. Mnuchin’s plan would include $1.62 trillion in total aid, which is nearly $600 billion smaller than what Democrats proposed but more generous than Senate Republicans’ offer in summer.

“We’re not going to do a $2.2 trillion deal,” Mnuchin said Fox Business on Wednesday. “The president instructed us to come up significantly, so we have come up from the trillion-dollar deal that we were working on earlier.”

They are still far apart, given the fact that Democrats already trimmed their own package by a third and still have a $600 billion gulf. Senate Republicans have long been unwilling to spend more—even getting the $1 trillion they suggested this summer was fraught with GOP infighting. In early September, Senate Majority Leader Mitch McConnell introduced a “skinny” plan that offered $300 a week in unemployment benefits but was overall even lower than the $1 trillion proposed in the summer.

It was dead-on-arrival, unable to break a Democratic filibuster.

A compromise bill would require McConnell allowing it to be brought to the floor and then about a dozen Republican senators who decide to break party lines and vote for it. There are a number of endangered senators running for re-election that might opt to do so, though they’d require additional Republicans to join them.

“It will happen, I think, in a tight time frame,” Indiana Republican Senator Mike Braun said during a TV appearance on Thursday. “For many Senate Republicans, it will be the top-line figure, regardless of the content. That was reflected in ours, but that doesn’t mean that you might not get 10 to 15, maybe 20 Republicans in the Senate that may go along with what the Senate Democrats would be OK with.”

Senate Republicans are most focused on confirming Judge Amy Coney Barrett to the Supreme Court, which will either expedite these negotiations or leave them for dead. At least until after election day.

Things took an unexpected turn Friday morning after President Donald Trump confirmed that he and first lady Melania had tested positive for COVID-19. Pelosi said the president’s diagnosis could change the direction of stimulus negotiations in the Democrats’ favor.

“This kind of changes the dynamic, because here they see the reality of what we have been saying all along: This is a vicious virus,” Pelosi said on MSNBC on Friday. “We’ll find our common ground.” 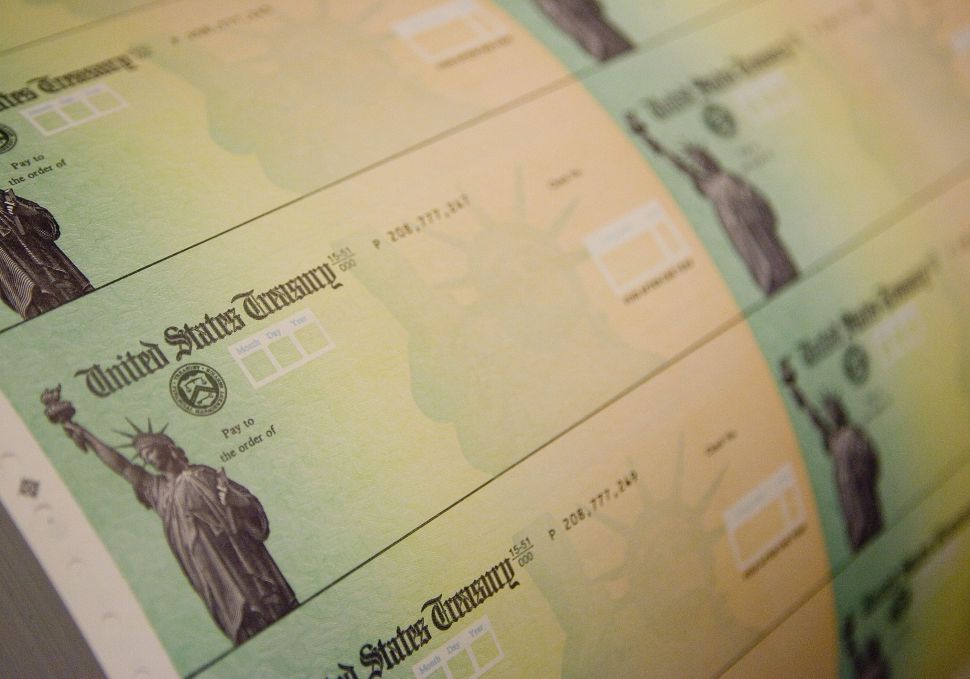