Selena Gomez is moving on from Studio City. The pop star just sold her four-bedroom, 3.5-bathroom cottage-style home for $2.37 million, after less than four years of ownership.

Gomez purchased the 3,433-square-foot Los Angeles bungalow for $2.25 million in May 2017, but had a change of heart less than a year later, when she listed it for $2.8 million. She changed her mind again after a few months, in September 2017, when she took the single-story house off the market altogether.

The home reappeared for sale this August, with a freshly discounted $2.4 million asking price. The final sales price comes to a touch under that, but she’s still making a (very minor) profit.

The house is configured in an open floor plan, with a mix of wide-plank oak and herringbone brick floors, per the listing held by Compass broker Karen Medved.

The big eat-in kitchen is fitted with white cabinetry, marble countertops, a center island a stainless steel appliances, with a charming brick wall. It’s open to the family room and dining areas, which in turn lead to a room with a big skylight and a white brick-framed fireplace, which is currently in use as an office. There’s also a slightly more formal living room, with a green marble-accented fireplace.

The owner’s suite is configured with an alcove reading nook and a walk-in closet with plenty of built-ins, as well as a bathroom with marble floors, subway tile accents, dual vanities, a built-in tub and a separate glass-enclosed shower.

A narrow stone-framed pool in the backyard is adjacent to a pergola-covered dining area. There’s also a built-in grill, plus a full guest house with a bathroom.

Gomez already has her next home lined up. She seriously upgraded her living situation this past spring, when she scooped up late musician Tom Petty’s former six-bedroom, 8.5-bathroom Encino mansion for $4.9 million. 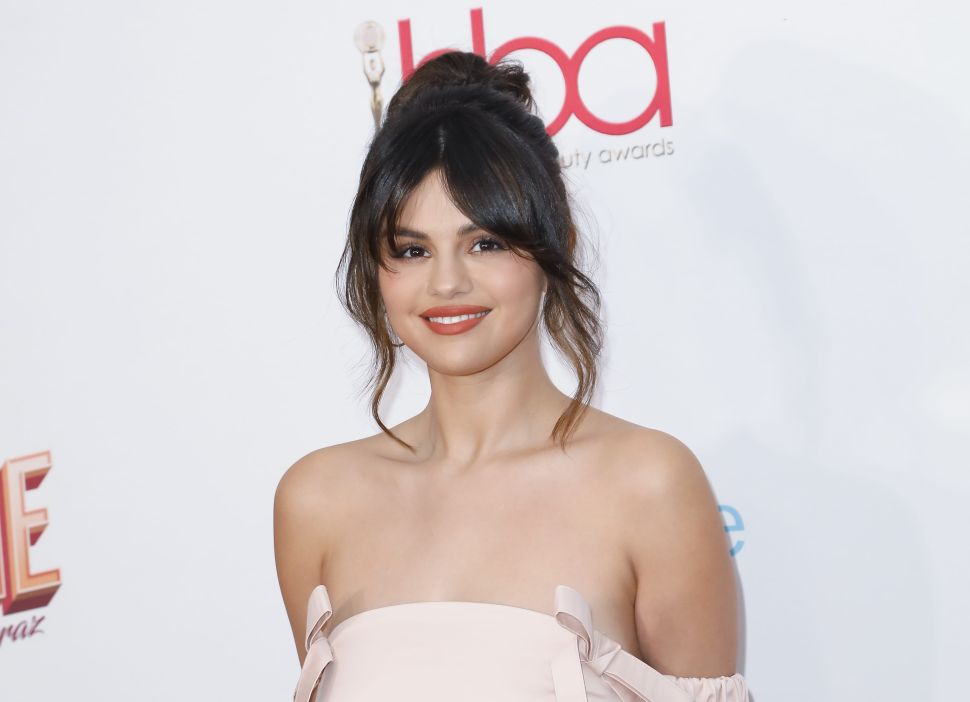