The Hollywood musical is alive and well (Cats notwithstanding) and Netflix wants in on the action. So ahead of the holiday season, it will be releasing a splashy new musical series in an attempt to finish its dominant 2020 on a high note. It helps that the subject at the center of this new musical show was a rock star in her own right and one of the most fascinating figures in entertainment.

Selena: The Series follows arguably the most celebrated real life Mexican-American artist of all time in Selena Quintanilla-Pérez, who will be played by talented up-and-comer Christian Serratos (The Walking Dead). The show will cover her Texas origins all the way through her superstardom and introduce her to a new generation of fans. Netflix’s official description reads:

“Before she became the Queen of Tejano Music, Selena Quintanilla was a young girl from Texas with big dreams and an even bigger voice. The two-part coming-of-age drama Selena: The Series explores the once-in-a-generation performer’s journey as a young artist, from singing small gigs in Corpus Christi with her family to becoming one of the most successful Latin artists of all time — and the years of grit and sacrifice the Quintanilla family navigated together before Selena’s meteoric rise to fame.”

Joining Serratos in the cast are Gabriel Chavarria, Ricardo Chavira, Noemí Gonzalez, and Seidy López. American Crime and Star writer Moisés Zamora created the series for Netflix. Don Todd (This Is Us) is serving as a consultant and the show will be executive produced by Zamora along with Jaime Dávila, Suzette Quintanilla, Hiromi Kamat, Rico Martinez and Simran A. Singh. On Monday, Netflix unveiled Selena‘s first full trailer:

Selena enjoyed a rapid rise in the 1990s to become a top-selling artist as well as a model, fashion designer, actress, and spokesperson. Tragically, she was shot and killed by friend and former manager Yolanda Saldívar weeks before her 24th birthday.

Selena: The Series will premiere on Netflix December 4. 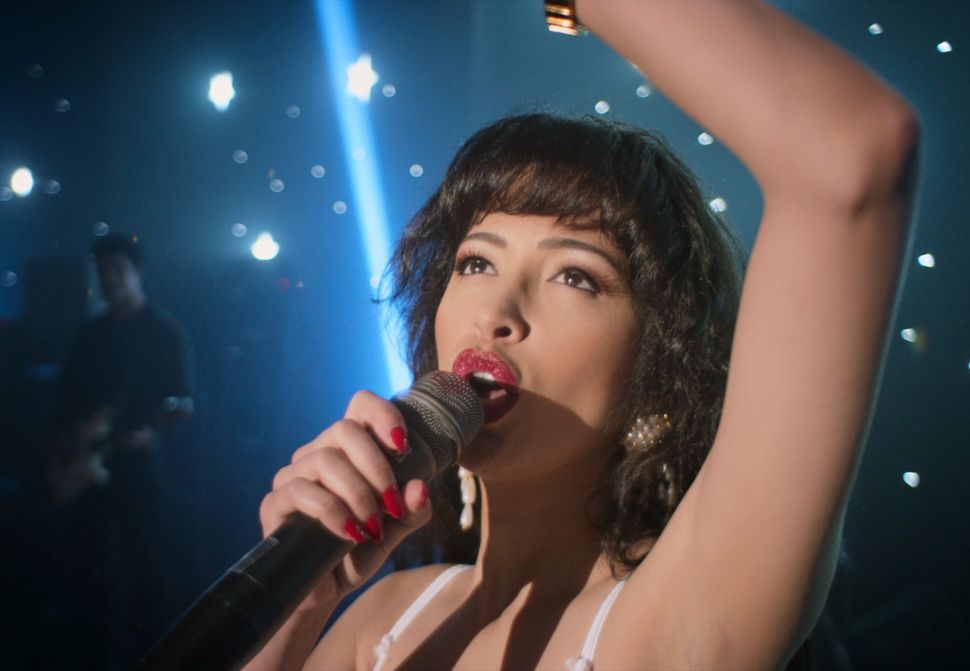