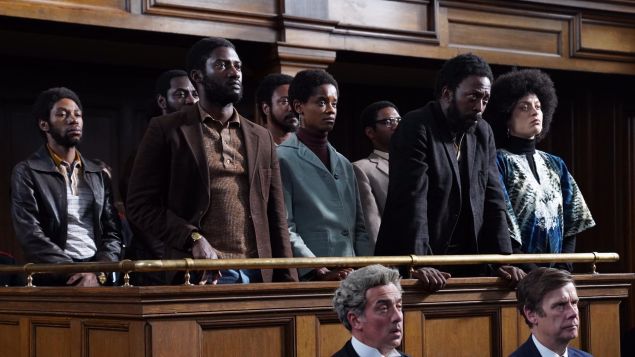 If it’s true that history doesn’t repeat itself but does rhyme, then Steve McQueen’s compelling Mangrove rings loudly against the events of 2020. The film, the first in the British director Small Axe series, which premieres on Amazon Prime Video on November 20, looks back at West London in the late ’60s, when the Metropolitan Police regularly harassed the Black residents without cause.

The true story centers on Frank Crichlow (an impressive Shaun Parkes), a Notting Hill restaurant owner who proudly displays a “Black Ownership” sign in the window of his new neighborhood spot, The Mangrove. The restaurant becomes a center of connection for the local West Indian community, whose day-to-day joy is depicted with as much reverence as their ongoing pain. The police, led by the onerous PC Frank Pulley (Sam Spruell), continually raid the restaurant, referring to the customers and Frank as “Black bastards” and arresting people due only to the color of their skin.

The community decides to fight back, staging a peaceful protest through Notting Hill with familiar cries of “Hands off Black people!” The irony, of course, is that the police, who swarm from all sides, can’t keep their hands—or their batons—off anyone, and nine protestors, including Frank, are arrested and charged with inciting a riot. The bulk of the film follows the 1970 trial of the so-called Mangrove Nine, but the court room scenes are anything but dry. McQueen infuses a sense of fervor into his depiction of the trial, which lasted 11 weeks, and there’s a feeling of sincere vindication when PC Pulley is put on the witness stand.

Mangrove, which also stars Letitia Wright as defendant Altheia Jones-Lecointe, who represented herself during the trial, showcases a reverence for its subjects, whose stories are largely untold. The Small Axe anthology, as a whole, aims to shine a light on the West Indian community in the London, celebrating all aspects of its people, as well as reflecting on how closely the events of the past rhyme with those today. Scenes of white police officers brutally accosting Black people for simply being Black are soul-shattering, not only because the unfairness and racial prejudice is abhorrent, but because this is still happening.

After the death of George Floyd, when Black Lives Matter protests erupted across the world, the racial justice reckoning wasn’t just happening in America. Britain, too, has a deeply racist past, despite what many politicians have claimed just this year. Mangrove offers us an opportunity to feel empathy with a man who just wants to run a restaurant in peace and isn’t allowed that chance. As the Mangrove Nine prepares their defense, Altheia asserts that they can’t just clear their names of a false crime, saying, “We need to challenge the system.” She adds, passionately, “We mustn’t be the victims, but the protagonists of our stories.”

In Mangrove, which like the rest of the Small Axe films is dedicated to George Floyd, McQueen makes the Black people the protagonists of their stories and the result is astounding. It’s a film that rattles you to the core, but also offers moments of hope, reminding the viewer that the West Indian community has been deeply mistreated, but they also have led full lives, filled with music and food and revelry. The Mangrove Nine did challenge the system, making history by forcing the first judicial acknowledgement of racially motivated behavior in Metropolitan Police. But, of course, Mangrove isn’t really about whether the Mangrove Nine got justice in the Old Bailey in 1970. It’s about whether the system still requires challenging.

A good movie is compelling, but a great movie galvanizes the viewer. Cinema has the potential to create empathy and to change minds. McQueen has always been a powerful filmmaker, one who adeptly tells stories that are cultural interesting, but Mangrove brings him a step beyond. Through the washed out, 1960s-inspired palette, the carefully constructed court room shots and a vibrant soundtrack, McQueen is filling the gaps of British cinema, bringing in unheard voices and communities. Mangrove feels timely because injustice against Black people hasn’t never ceased—not just because McQueen specifically released the film after the tumultuous and tragic events of this year. Mangrove is a deeply engaging watch, but it also a much-needed jolt, one that will shake the viewer and send you searching out more information on the past, ideally in order to aim for a better future. 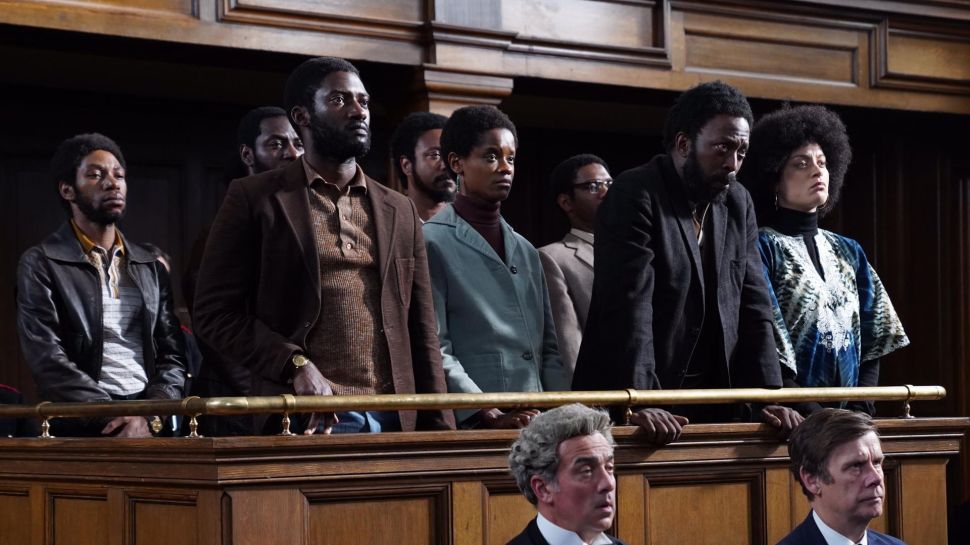