I don’t watch theater to feel stupid. Sure, I’ll bow before a Richard II speech or the lyrical virtuosity of Sweeney Todd, but such works are inspiring—not reminders of mental inferiority. Enter pro puzzlers Scott Silven and David Kwong. In two online diversions, these handsome mind-benders—one in Scotland, the other in Los Angeles—are suavely stumping audiences with expertly orchestrated illusions and games. I applaud, while feeling rather dumb.

Only a fool would take a magic trick personally, but bamboozlement sort of nullifies the purpose of reviewing. I wrote of this conundrum with The Present at Geffen Playhouse this past summer. And here we go again, with Silven’s hour-long mystery fable The Journey and Kwong’s delightful suite of interactive brain ticklers, Inside the Box (also from the Geffen). You could say the first invites you to surrender logic; the second insists that you use it.

Silven’s act (through November 15) takes 20 spectators on a mystical stroll through space and time, interweaving his biography with cues from the audience. The well-produced online event starts with swooping, pre-recorded drone footage of the brooding mentalist ambling up grassy hills on a picturesque Scottish isle. This tourism-board footage cuts to a white-painted room which Silven enters, greets us, and talks of runes, cairns, and a childhood friend named Callie, who one day walked out his small town and found a crumbling stone cottage. In advance, we were instructed to bring a small object of personal value. I chose a small commemorative dish from a visit to Iceland. Over the course of The Journey, Silven elegantly data-mined my dish and other objects, colors, locations and dates, magically causing them to reappear on stones, in a painting hanging on the wall, and in a locked chest hanging above his head. Were I to speculate, I’d say that printers and hidden slots were involved, but the most logical explanation is that Silven commands woodland fairies.

Kwong, architect of crossword puzzles for The New York Times and other newspapers, is just as hungry for awed admiration, but he empowers the audience to find patterns or connections in his shrewdly arranged clues. As a professional “cruciverbalist,” Kwong knows the devil is in the details, and one must be precise with words, usage, and facts. And so, he dryly informs us that “global pandemic” is a redundant phrase, and opines that humans are “most creative when we have to work within parameters. Look, we are already in boxes.” Those who have deep-cleaned house and garage, and finished a second YA novel: David approves. Over 90 minutes, we learn about the historical origins of crosswords and jigsaw puzzles (the latter a boredom-dispelling invention that flourished during the Spanish Flu). But mainly, it’s game night: puzzles using pictures, anagrams, spoonerisms and a highly complicated grid-hopping feat called the Knight’s Tour which still has me perplexed. I solved a couple of puzzles quickly, but otherwise, writhed in acute consternation. Frustration aside, it was nice to be in a virtual environment with friendly strangers, wracking our brains over elegant enigmas.

For those wanting great drama or spectacle that only a live experience can bring, The Journey and Inside the Box may not fully scratch the theater itch (though they’re excellent family fare). As we wait (lord help us) a year before returning to theatrical normalcy, we should cherish anything that cultivates wonder and keeps our faculties sharp. So believe in elves, solve a puzzle a day, don’t let anyone saw you in half, and we’ll get through this in one piece. 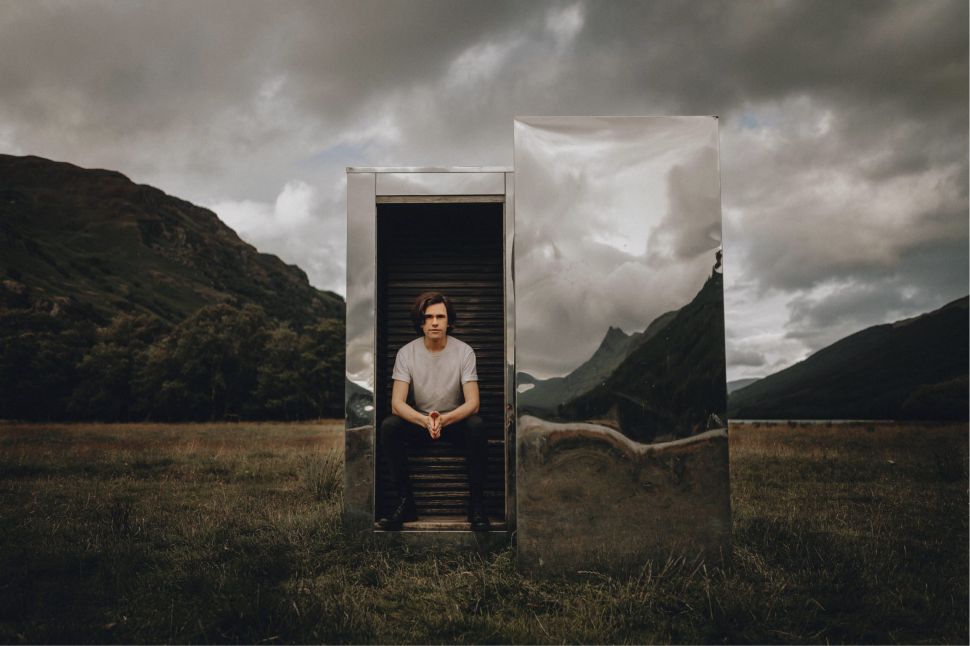