While live classical music in the US remains stubbornly moribund, an impressive number of groups throughout Europe have begun performing again. As expected, most current streamed performances feature repertoire written since the turn of the 19th century; however, pre-Mozart music has also begun to make a comeback. The English Concert, one of the world’s finest early-music ensembles, is presenting over the first two weeks of October “Britain’s Orpheus,” a compelling six-concert series devoted to music by Henry Purcell and George Frideric Handel, the twin towering pillars of the English baroque.

Founded in 1972 by harpsichordist/conductor Trevor Pinnock, almost from the beginning the English Concert leapt to the forefront of “historically informed performance” practices (or HIP) for works of the 17th and 18th century. Featuring archaic instruments made during the era (or replicas), Pinnock’s plentiful recordings during the 1980s for the Archiv label were widely acclaimed for their impeccably lively and bracing accounts of familiar works like Handel’s Music.

Though the United Kingdom has been much slower to reopen than continental Europe, the ensemble under its current artistic director Harry Bicket has invited some of Britain’s finest singers of baroque music for this sophisticated curated pay-per-view series. Perhaps taking its cue from the lavish Met Stars Live in Concert, each performance takes place in an important historical location in the London environs.

In the role of Solomon, the commanding mezzo soprano Dame Sarah Connolly began a bit unsteadily but soon settled into an eloquent account of her music, which unlike many royal male roles of the time was composed not for a male castrato but for a female alto. If excursions into Wagner and recent health issues have robbed Dame Sarah’s rich voice of some of its former plushness, she blended gallantly in ravishing duets with sopranos Soraya Malfi and Sophie Bevan. A singer unfamiliar to me, tenor James Way revealed a forthright, if gritty tenor that was occasionally stressed by Zadok’s vigorous arias. It was gratifying to note these four soloists joined in the choral numbers as they would have done in Handel’s day. Although the Solomon selections included the fizzy “Entrance of the Queen of Sheba,” the sublime “Nightingale Chorus” was omitted, but the stirring hour surely left its listeners eager to hear more of one of the composer’s most accomplished, yet rarely heard oratorios.

The remainder of “The Philanthropist” offered the even more rarely-performed Foundling House Anthem which began with a beguiling tenor aria and concluded with the repurposed “Hallelujah” chorus from Messiah, the beloved work which had regular charity performances at the hospital soon after its London premiere. Seconded by a pair valveless trumpets, the chorus of just twelve voices made a mighty noise and brought the first installment of “Britain’s Orpheus” to a celebratory conclusion.

England’s leading countertenor, Davies has starred in several of the Handel operas and oratorios the English Concert has been touring annually to Carnegie Hall since 2013. His high, pure, soft-grained voice may be less suited to Handel’s Italian heroic castrato roles, but it revels in that composer’s English oratorios as well as Purcell’s many graceful compositions for his voice type. No surprise here as Purcell himself was a countertenor!

Davies performed four meditative, devotional selections including the celebrated “Lord, what is Man?” and “O Solitude.” As the concert lasted under an hour, one wanted more—and more variety from him: why not also “Strike the viol” or “Music for a while” or “If music be the food of love”? However, Davies’s plangent and earnest approach suited his selections particularly well—after an uncertain start, and the final “Hallelujah”s of “An Evening Hymn” touched the sublime.

Next up principal guest director Kristian Bezuidenout leads a delectable program that includes “Come ye, sons of art,” one of Purcell’s cherishable odes, a genre which includes some of his most exquisite music. Before the series wraps up in ten days, Lucy Crowe will serve up a pair of the great solo cantatas Handel wrote during his transformational early years in Italy, followed by Carolyn Sampson and Mark Padmore investigating John Milton in the oratorios Samson and L’Allegro, Il Penseroso ed il Moderato. 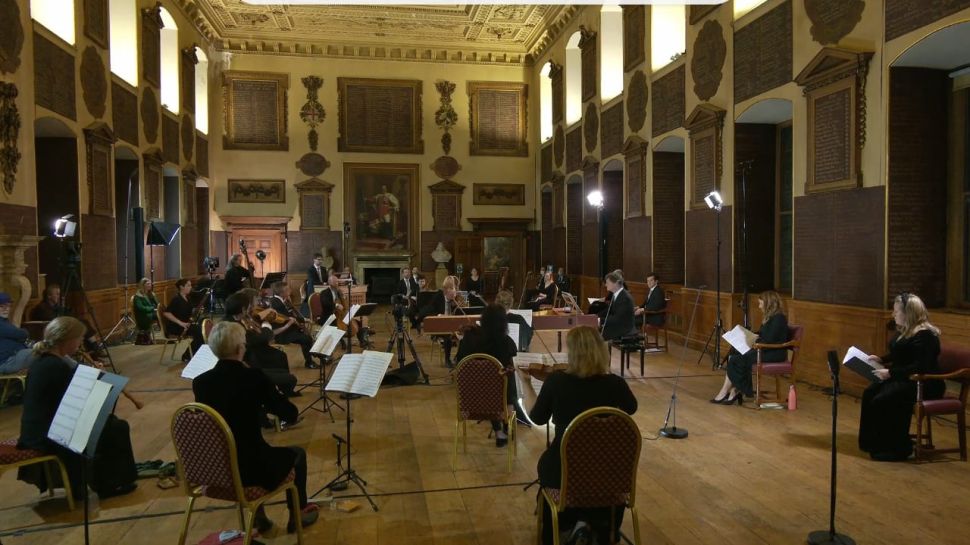