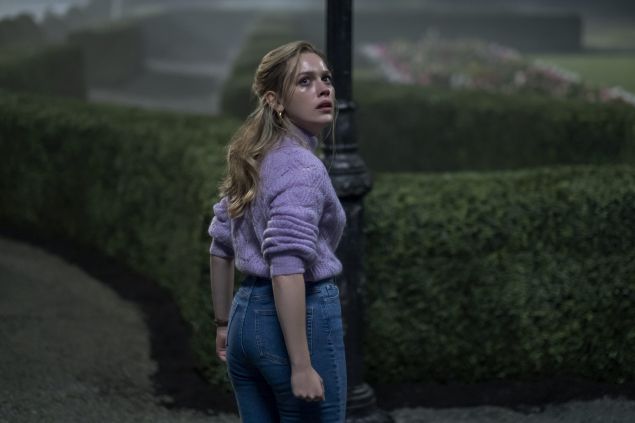 Victoria Pedretti as Dani in The Haunting of Bly Manor. EIKE SCHROTER/NETFLIX

This post contains spoilers for The Haunting of Bly Manor.

Despite working mostly within the horror genre for the past nine years, TV writer Mike Flanagan has made a career out of making heartfelt, emotional stories that sink their claws into our deepest fears. His latest work, The Haunting of Bly Manor, feels very much like a continuation of the themes and tone of his anthology’s first season, The Haunting of Hill House. Both deal with broken families and ghosts that represent trauma, but there’s one important change that distinguishes Bly Manor from its predecessor. Instead of focusing on ghosts who were perfect reflections of dead loved ones, Bly Manor presents us with faceless specters devoid of identity.

At first, the look of these ghosts serves to make them scarier to the characters and the audience. After all, a completely faceless being is more terrifying than seeing a regular person, even if that person happens to be dead. And yet, as with Hill House, the ghosts of Bly Manor are its most tragic figures. They seem scary at first, but we slowly discover they are victims of senseless violence brought upon in part by the act of forgetting, and being forgotten.

The Haunting of Bly Manor follows the story of a governess hired to take care of two orphaned children in a giant mansion by the English countryside. The governess takes the job in part because she wants to help the kids, and in part to escape her own ghost — the specter of her recently departed fiancé. Inside the manor, she realizes she’s not the only one seeing ghosts. Whether it’s the two kids seeing their previous governess and her boyfriend, or the housekeeper slowly realizing she herself is a ghost in the lives of others, everyone at Bly is haunted by the memories of loved ones who are now gone.

Episode 5, “The Altar of the Dead,” begins with the cook, Owen, talking about having just lost his mother to dementia. “We can’t rely on the past,” he says, referring to the crippling fear that one day, everything that makes you who you are, your memories and identity, will fade away into oblivion. Indeed, if trauma and grief were the major themes of Hill House, then Bly Manor is all about memories. The show often relies on flashbacks to tell its story, going back in time to explore the backstory of several of its characters, and we often see the same characters drifting away mid-conversation, as they get trapped in their own memories.

The show draws a direct parallel between this reliance on memories, for comfort and identity, and the ghosts that haunt the grounds. Unlike the ghosts that wander the grounds of Hill House decades after their loved ones died, those who die at Bly Manor slowly see themselves fade away as they are forgotten by everyone, until they lose every piece of their former selves. It shares thematic space with the Pixar film Coco, which is grounded in Mexican tradition and argues that a person dies three times: once when their body stops working, once when they are buried and a final time when there is no one left alive to remember them.

This is not entirely unlike Owen’s mom dying of dementia. The Haunting of Bly Manor portrays memories as the carrier of our very essence, our identities and the loss of that is what truly kills a person. In horror genre, Natalie Erika James’s film Relic, from earlier the year, draws a similar balance between the frights and emotional payoffs. Like Bly Manor, Relic uses the haunted house genre to tell a terrifying story that also touches on dementia. In that film, a woman goes home to take care of her elderly mother, but slowly starts to realize the house — just like her mother’s mind — is fading away. What makes Relic bloodcurdling is the realization that this isn’t some outlandish piece of fiction, but something you’ll likely experience yourself. It wasn’t enough to see the characters go through the horrors of the film, I left the theater with the crippling sense of dread that comes with knowing I’ll probably go through the same struggles with my own mother one day. In Bly Manor, the characters most afraid of the ghosts are those who understand this and know that they will become ghosts themselves over time, as their memories are forgotten.

Take the example of Viola, the heir to Bly Manor who fell ill at a young age. In Episode 8, adapted from Henry James’s short story “The Romance of Certain Old Clothes,” we see how Viola continued to “live” long after succumbing to tuberculosis. In death, she would relieve some parts of her routine while in purgatory. She lost a bit of herself, which is to be expected since she already suffered her first two deaths, that of body and that of being buried. But it is when her husband and daughter decide to throw away their memories of Viola — her trunk full of clothing and other precious items — that Viola experiences “absolute abandonment” as the show’s narrator points out. This leads to her becoming the first of the faceless ghosts in the house, because, as the narrator explains “All things fade. Flesh. Stone. Even stars themselves,” as memories fade “so, too, does the spirit.” 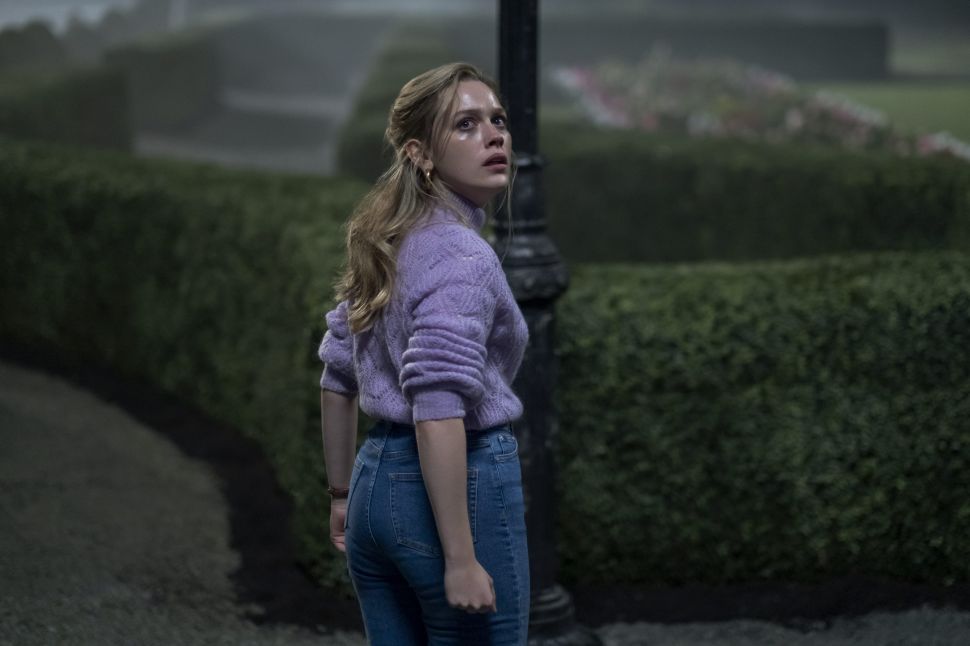