The Silence, a brisk new novel from Don DeLillo, opens with a quotation attributed (with some contention) to Albert Einstein: “I do not know with what weapons World War III will be fought, but World War IV will be fought with sticks and stones.” Anecdotally credited to Einstein as a response to the dangers of nuclear testing at the beginning of the Cold War, here it acquires a different meaning. In our current age, might the more imminent danger come from the collapse of our increasingly digital lives? If the plug is pulled, and everything goes blank, what happens next?

But this is not a book of speculation and prophecy, despite its obvious connections to our current moment of digital addiction (and a brief mention of COVID-19). For DeLillo, every breakdown is also a moment of transcendence. Chaos and confusion in his work sparks philosophical musings and confrontations of the self. The skeletal premise of The Silence—a near-fatal plane crash, a Super Bowl party upended by the television screen going blank, followed by a series of digital connections quickly being wiped out—is simply constructed to allow the characters to end up in the same apartment, to be part of the same swirling conversation, to make sense of what is happening in their heads and in the outside world. For DeLillo, the difference between the two is often tenuous.

In that apartment are Max and Diane, a building inspector and physics professor respectively. They are joined by Diane’s former student Martin, prone to expounding on the nature of time and space and quoting footnotes from Einstein’s 1912 Manuscript on the Special Theory of Relativity. Eventually Jim and Tessa, survivors of the aforementioned plane crash, arrive, exhausted and possibly injured. Each character reacts to what is happening in their own way. Max, leaning forward in his comfortable chair, keeps staring at the blank television, “trying to induce an image to appear on the screen through force of will.” Jim and Tessa, following the crash, have shed their previous selves so that all that remains is animal instinct. Diane, hanging back, mostly observes, prodding and connecting loose strands of conversation, while Martin provides a running philosophical commentary. “Is the mirror truly a reflective surface?” he asks at one point in the book. “And is this the face that other people see? Or is it something or someone that I invent?”

For readers familiar with DeLillo’s work, especially more recent novels such as Point Omega and Zero K, how The Silence unfolds and the themes that develop won’t come as a surprise. Dialogue begins to blur, multiple conversations happening at once, starting and stopping, moving backwards and forwards. Any semblance of a plot slips away. By the second half of the book, characters get their own distinct sections to speak into the void, lay down their theories, reveal paranoid fantasies. DeLillo is fascinated by the jargon of catastrophe, where advertising copy and the language of disaster are interchangable. Sometimes this is done in humorous ways (Diane’s guess for where the Super Bowl is taking place is “The Benzedrex Nasal Decongestant Memorial Coliseum”), while other times it results in word-clusters that read like end-of-the-world poetry (“Cyberattacks, digital intrusions, biological aggressions”). The barrage of language, both clear-eyed and headache-inducing, leaves one in a state much like the characters. Reading DeLillo can be both pleasurably immersive and frustratingly daunting.

What The Silence is missing, like much of DeLillo’s work following his massive opus Underworld, is the heaviness of history. For years, his novels seemed to be reckoning with the past, ruptures in history that opened up violent and beguiling possibilities: the JFK assassination, toxic pollution, terrorism. Since The Body Artist, his 2001 novella, the writing has retreated inward. When it looks outside itself, it’s toward an ambiguous future. If it’s salvageable depends on how closely your internal voice aligns with the author. But The Silence is doing something different, and maybe represents another shift. It feels more explicitly of the current moment, or maybe the times have just caught up with DeLillo. We’re finally ready for what he has been saying all along.

By the conclusion of The Silence, DeLillo has landed at a familiar end-point. Money, war, politics, technology all breed a toxic individualism that has left us alone and oblivious. Connections have been severed. But the world is constantly in a process of breaking down and reimagining itself. When the tools of that individualism start to disappear, when our screens fail to hypnotize us and offer false promises, where do we go from there? Maybe then, as Einstein suggested, we’ll fight back with sticks and stones, together as one unified whole, a screaming mass of people out in the streets. “The future,” as a character in one of DeLillo’s previous novels, Mao II, says, “belongs to crowds.” 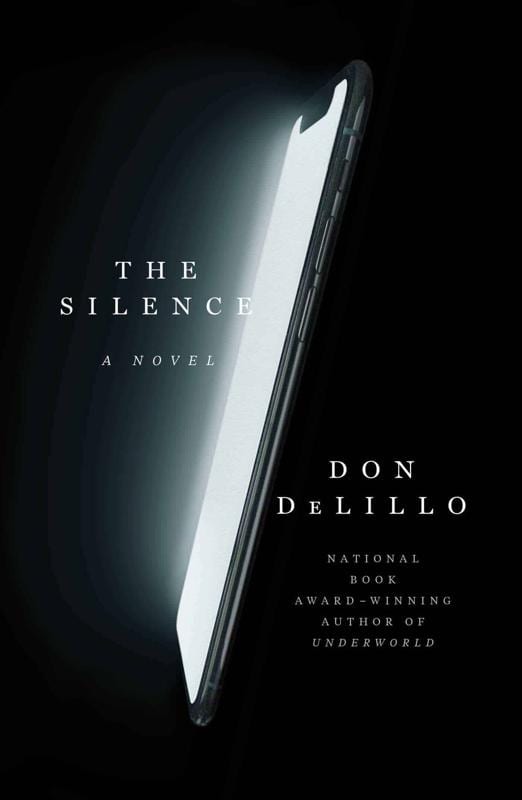