There are two memorable moments of silence in The Trial of the Chicago 7, writer-director Aaron Sorkin’s long-gestating dramatization of the 1969 show trial of the eight—and later seven—men the federal government attempted to hold criminally responsible for the police riots that occurred during the Democratic Convention the year before.

The first is brief and occurs when several of the lead characters, including the buttoned-down Tom Hayden (Oscar-winner Eddie Redmayne) and the comparatively haywire Abbie Hoffman (comic provocateur Sacha Baron Cohen) stand up in respect when the names of the most recent Vietnam War casualties are read over the TV while “Taps” is played.

The second is longer and more purposeful; it happens shortly after Bobby Seale (Watchmen’s ubiquitous Yahya Abdul-Mateen II), furious over being railroaded into a trial of men he hardly knows, erupts in court on the day the Chicago police murder his fellow Black Panther Fred Hampton (Luce’s Kelvin Harrison Jr.) and is then bound and gagged under orders of the trial’s slightly senile and deeply racist judge, Julius Hoffman (a gloriously imperious Frank Langella).

With the exception of these powerful instances of quietude, the movie is non-stop yammer.

In fulfilling Steven Spielberg’s 14-year-old-plus request to write a script based on the five-month trial that captivated a nation two generations past, Sorkin has found the ideal vehicle for the sort of finely crafted rejoinders, retorts and I-wish-I-had-said-that quips that have long comforted West Wing fans and made Newsroom watchers willing to overlook the show’s otherwise high-handed polemics. The zips and zingers fly so fast and so frequently in The Trial of the Chicago 7 that in the few instances when Cohen’s Hoffman isn’t delivering them, he is calling attention to others who are. “Zing!” he declares after a comrade’s particularly tasty riposte.

In Sorkin’s defense, the bizarre and borderline absurd situation of the trial—leaders of three utterly disparate groups of protesters (with a Black nationalist tossed in for good measure) are tried together at the behest of the Nixon White House and newly installed Attorney General John Mitchell (John Dolan from The Wire and The Boys)—makes a virtual hothouse for the Social Network writer’s lifelong obsession: literate liberals in conflict with the world and each other. And lubricated by Sorkin’s prodigiously snappy patter, the movie glides along briskly and more-or-less pleasingly, helped in large part by a game and talented cast. (Actors have always been as impressed with Sorkin’s dialogue as he appears to be.)

As the character who goes through the most personal changes over the course of the film, Redmayne does most of the emotional heavy lifting in the story, and does so with understated grace. Ably abetted by Youth International Party cofounder and sidekick Jerry Rubin (Jeremy Strong, recent Outstanding Lead Actor Emmy winner for Succession), Cohen’s Hoffman is the conscience, clown prince, and (through stand-up sets that run concurrently with the trial) the film’s sometimes narrator—and the Borat star is having an absolute blast. As legendary law room gadfly William Kunstler, Mark Rylance (Bridge of Spies) brings the perfect mix of incredulity, fear and legal strategy.

But the film’s secret weapons are its auxiliary players, chief among them John Carroll Lynch (Fargo and Zodiac), who lends the film a badly needed down-to-earth quality as the National Mobilization Committee to End the War in Vietnam leader David Dellinger, the petulant crew’s avuncular Scout Master. But it is Langella, a master American actor in a room full of talented Brits, who—from his domineering perch on his bench—is all at once funny, frightening, inscrutable and relatable as the judge whose questionable rulings threaten to undermine the trial over which he presides.

Terrific as these performances are, each one is solo expression; for a film ostensibly about group dynamics, the relationships between the characters are strangely stagnant and one note. As a director, Sorkin seems overly enamored by both his cast and what they have to say. After a vigorous preamble that charts each character’s path to the protest, his visual rhythm becomes inert once we become stuck, like the characters, inside Judge Hoffman’s stifling courtroom.

Sorkin is quick to point out to anyone who asks that The Trial of the Chicago 7, rather than a museum piece, is meant to be informed by the civil unrest—and disproportionate government response—through which we are currently living. But his film is too glib and polished to bare much resemblance to the unkempt, messy and unresolved world in which we currently live.

Instead, by reshaping this charged moment culled from somewhat recent American history in his own image, Sorkin has made The Trial of the Chicago 7 about something else entirely: himself.

The Trial of the Chicago 7 debuts on Netflix Friday, October 16. 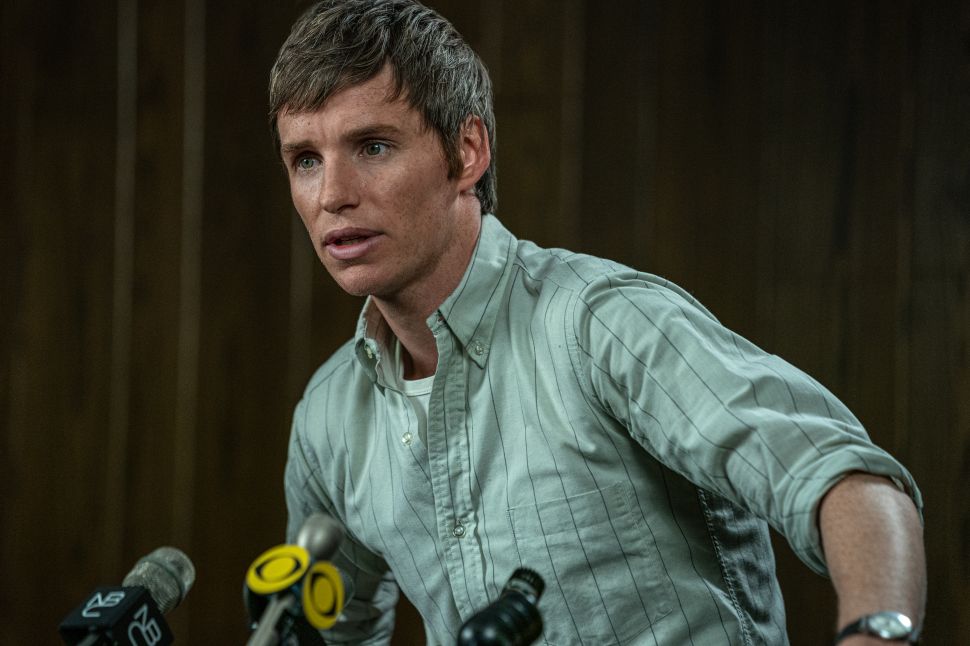