A haunted house, an evil artificial intelligence, zombies and a classic case of mistaken identity are on the docket this week as October’s spooky tricks creep into the TV and streaming release calendar. Observer Entertainment has curated the guide below to help figure out what to watch this weekend on your off-hours. The major streaming services alike are represented below, from Netflix to Hulu to Amazon, and we’ve offered recommendations for for all of them, including both new releases as well as hidden gems that may be buried between the cracks.

The Haunting of Bly Manor is the newest installment in The Haunting series created by Mike Flanagan, and will probably become the horror-bingeing sensation of the lead-up to Halloween. Victoria Pedretti (who also appeared in Hill House, as well as You and Amazing Stories) stars as Dani Clayton, a governess hired to care for children at the stately Bly Manor. Then the ghosts start showing up. Without spoiling too much, the show is more thought-provoking than it is panic-inducing. Watch The Haunting of Bly Manor on Netflix.

The Right Stuff, a TV series remake of the classic film and Tom Wolfe book of the same name, is National Geographic’s “gritty, anti-nostalgic look” at the American history behind the space race—specifically through the experiences of the Mercury Seven team of astronauts. Whether or not a show like this, presented on Disney+ and draped in an optimistically majestic score and cinematography emphasizing the period-specific look of it all, can be described as gritty or anti-nostalgic may be a matter of debate, but for fans of the genre, this and Netflix’s recent show Away are both must-watches. Watch The Right Stuff on Disney+.

The first episode of Next, Fox’s new series starring Mad Men‘s John Slattery, is available to watch on Hulu now, and its topic is timely. Slattery stars as a former Silicon Valley executive roped into a cybersecurity investigation because one of his innovations, an artificial intelligence for people’s homes, has begun to act up. If you own an Amazon Alexa or a Google Home or use Apple’s Siri, be afraid. Watch Next on Hulu.

Charm City Kings, directed by Angel Manuel Soto, carries all the energy and emotion that you’d expect from a film about a crew of young dirt bikers in the city. It follows Jahi Di’Allo Winston’s Mouse as he navigates growing up on the streets of Baltimore and learning what kind of man he wants to be along the way. Rapper Meek Mill offers up a powerful performance as Blax, who works on bikes with him and serves as his mentor. Watch this movie; Charm City Kings is fully a drama, but like HBO Max’s recently released comedy Unpregnant, it delivers in both humor and humanity. Watch Charm City Kings on HBO Max.

With apologies to the Justice League diehards, Dawn of the Dead is probably Zack Snyder’s best film. This remake of George A. Romero’s 1978 classic isn’t quite as nuanced, but it does manage to modernize and update the zombie horrors for the 21st century, and it was one of the early entries (following Danny Boyle’s 28 Days Later in ’02) of a wave of films to raise the zombie subgenre from the dead. Watch Dawn of the Dead for free on Peacock.

The ’90s cult hit Face/Off is inarguably the best film Nicolas Cage and John Travolta have shared credit space on (the other contender being the mockumentary Welcome to Hollywood), as well as the best American film directed by John Woo. Its excess dazzling and its premise bananas, Face/Off makes an action movie out of a case of mistaken identity between the two actors—who both commit to the parts spectacularly amid a hurricane of bullets and fight scenes. It partly inspired Andrew Lau’s Infernal Affairs, which later inspired Martin Scorsese’s The Departed. Watch Face/Off for free on Tubi.

Reds is a marathon of a movie, clocking at nearly four hours, and it is also a masterpiece. Directed, starring, co-written by and produced by Warren Beatty, it is a political historical epic in which his John Reed—a Communist, poet and war correspondent—collides with Diane Keaton’s Louise Bryant—a married feminist activist—in the backdrop of Russia’s October Revolution. It was released in 1981 and made with interviews of actual activists and organizers who lived through the the Russian Revolution. There are few films quite like it. Watch Reds for free on PlutoTV. 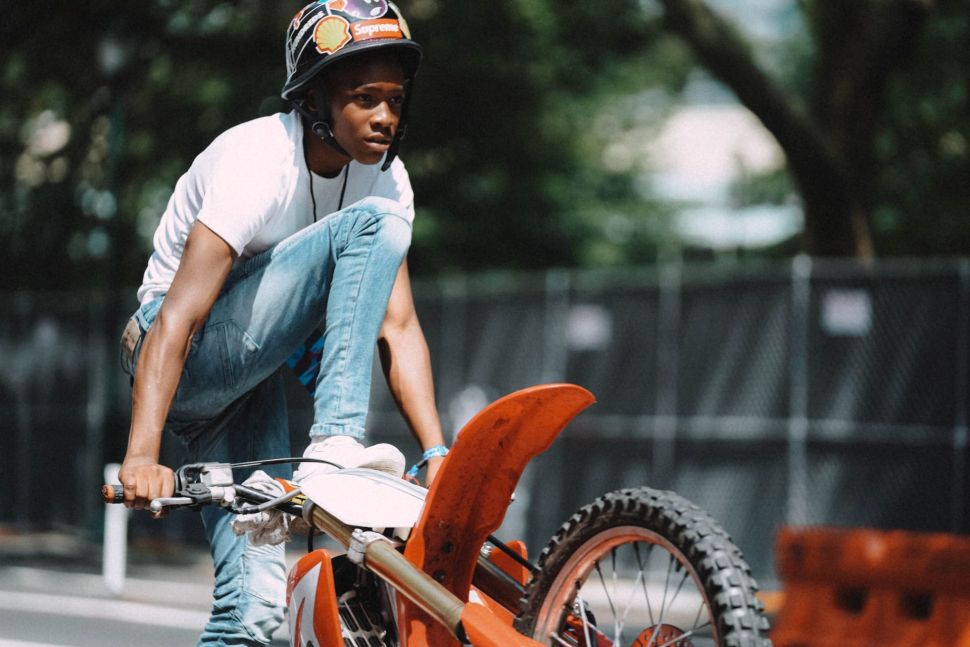