The devil, monsters, a domineering J.K. Simmons and an American James Bond all rear their terrifying heads in this week’s most exciting new streaming options. Observer Entertainment has curated the guide below to help figure out what to watch this weekend on your off-hours. The major streaming services alike are represented below, from Netflix to Hulu to Amazon, and we’ve offered recommendations for for all of them, including both new releases as well as hidden gems that may be buried between the cracks.

Tom Holland and Robert Pattinson star in The Devil All the Time, a moody new thriller from director Antonio Campos, alongside a deep bench of other talented actors and actresses. While critics have the film to task for its juggling of several meandering plot and character threads, as well as its similarities to the lackluster excesses of True Detective, the film is well-acted by Holland and Pattinson and its story is told in fine lens work by cinematographer Lol Crawley (Vox Lux, The OA). Watch The Devil All the Time on Netflix.

Wendy and Lucy is one of Kelly Reichardt’s many great films, and it’s available on Amazon Prime. Anchored by lead performer Michelle Williams as Wendy, who is homeless, the film follows her through impoverished small-town America as she searches for her lost companion and best friend, a dog named Lucy. Reichardt’s attention to realism and class consciousness make this film, like all of her films, rise above its tropic trappings as just another movie about a lost dog. Watch Wendy and Lucy on Amazon Prime Video.

The Simpsons‘ latest season, its 31st, hits streaming service today. Whether it’s because audiences are clamoring for new episodes of the long-running sitcom (totally possible) or due to the fact that they deeply love the classic seasons of the show’s heyday (far likelier), the Fox sitcom remains Disney+’s most popular show. And the streaming service even fixed its embarrassing aspect ratio screw-up on the earlier seasons, allowing subscribers the option to watch them as they’d been produced and originally aired. Watch The Simpsons on Disney+.

Monsterland, Hulu’s newest original series enters a crowded space for horror TV shows (this season alone has seen the debuts of horror or horror-adjacent shows like Lovecraft Country, Ratched and, soon, The Haunting of Bly Manor, to name a few). Nonetheless, it arrives thanks to the work of an impressive roster of artists: writer and creator Mary Laws (Succession, Preacher, The Neon Demon), Emmy-nominated cinematographer Anette Haellmigk (Game of Thrones, The West Wing, Insecure), and directors like Babak Anvari (Wounds, Under the Shadow) and Desiree Akhavan (The Miseducation of Cameron Post). Watch Monsterland on Hulu.

It was only a matter of time before Trey Parker and Matt Stone sank their teeth into the coronavirus pandemic, and the results were South Park‘s most topical show in years—and a seven-year series ratings high. Written and directed by Parker, South Park: The Pandemic Special sends up the social issues that have defined 2020: police violence, racism and the country’s collective reaction to COVID-19. Your mileage may vary on what qualifies as a great South Park special at this point in the series’s long run, but this is absolutely worth watching. Watch South Park: The Pandemic Special on HBO Max.

The Amber Ruffin Show debuted this week, and in the year of our Lord 2020 is remarkably the first show in late-night TV history hosted by a Black woman. Her winning presence anchors the show, which features neither interviews nor an audience for now, but make room for some fun segments and chatter with her pal Tarik Davis. We’re eager to see this show find its feet and take off running. (Elsewhere on Peacock, check out Larry Wilmore’s return to late-night in his new show Wilmore, also a leaned-back, pandemic-bound effort by necessity.) Watch The Amber Ruffin Show for free on Peacock.

For free you can watch J.K. Simmons slowly break Miles Teller’s spirit over and over again. What could be more fun? OK, OK, let’s be serious: Whiplash is a character study of deep artistry and attention to detail. The dynamic between Simmons’s maestro and Teller’s drumming student crackles with intensity as they play off each other. Teller brought his own training as a drummer to the role, lending his playing an authenticity you just don’t see in most movies about musicians. And the physicality of drumming itself is played up by director Damien Chazelle’s camera in every scene. It really is Teller’s blood in the movie, and everyone wants you to know it. Watch Whiplash for free on Tubi.

Several of the classic James Bond films are available to stream on PlutoTV, but one curious adaptation caught my eye: Casino Royale (1954). This isn’t the Daniel Craig debut as Bond nor is it Peter Sellers’s farcical twist on the role. It’s a one-hour TV adaptation of the original Ian Fleming novel with an Americanized Bond played by Barry Nelson. This is not the Bond any of us probably grew up on today, but it is an artifact worth a 007 fan’s time. Watch Casino Royale (1954) for free on PlutoTV. 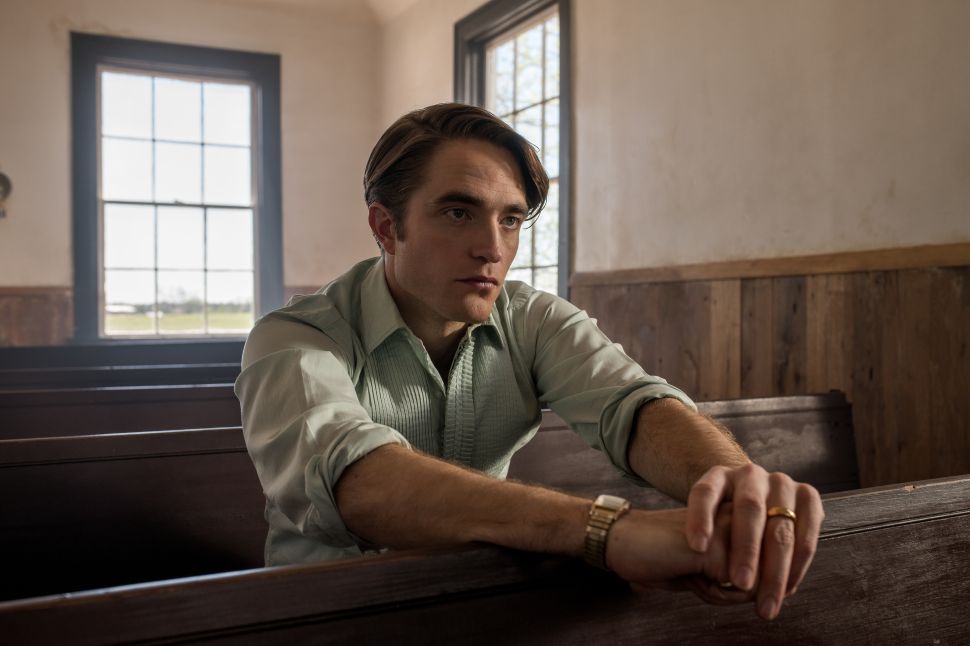