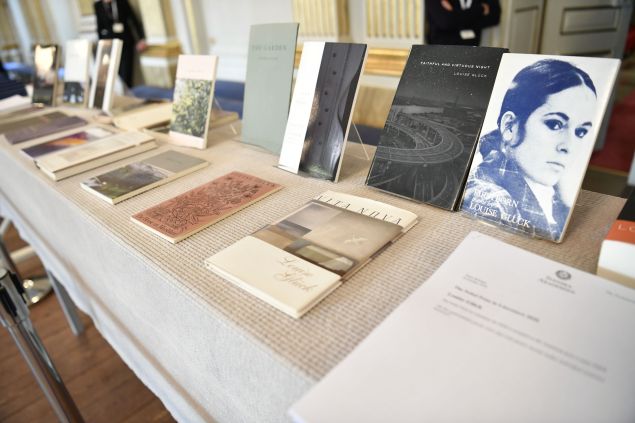 Louise Gluck’s books during the announcement of the 2020 Nobel Prize on October 8, 2020. HENRIK MONTGOMERY/TT News Agency/AFP via Getty Images

On Thursday morning, the Swedish Academy in Stockholm, Sweden announced that this year’s Nobel Prize for Literature had been awarded to Louise Glück, an American poet and essayist who’s also been awarded with the Pulitzer Prize and the National Book Award in the past. In addition to serving as the Poet Laureate of the United States from 2003 to 2004, Glück currently holds the position of adjunct professor and Rosenkranz Writer in Residence at Yale University. This week, the New Republic referred to Glück as the “least irritating poet whose work you regularly encounter on Instagram”—a dubious descriptor that truly fails to capture Glück’s deservedness of the honor.

Since the beginning of her career as an author, Glück has staked her poetic reputation on her ability to transmute the deep darkness of the human condition without hedging her observations with false resolutions. In her first book of poetry, 1968’s Firstborn, Glück juxtaposed “recurring themes of emptiness, sterility and death” with regenerative imagery about fertility and the fragmented generosity of the natural world. She won her Pulitzer Prize for 1992’s The Wild Iris, which uses the Odyssey as a key reference point to explain and introduce new dimensions to contemporary marriage.

Louise Gluck’s Nobel Prize for Literature is joyful, marvelous news, reminding us that the inner world of language and emotion—of wonder and fever and bitterness and cleaving and precision—can still be heard, read, known amid all the blunt ignorant tyranny. Be known to oppose it. pic.twitter.com/KSXO3wvraN

On social media, Glück fans have been posting some of their favorite examples of her poetry and illuminating verse. At once authoritative and deeply curious, the “voice” of her poetry has the ability to feel simultaneously universal and strangely alien. By translating and transmuting her own agonies Glück also seems to be showing her readers methods of survival via her own artwork. In one of her most famous poems, “First Memory,” Glück discusses the relationship between a father and his child. “From the beginning of time, in childhood, I thought that pain meant I was not loved,” the poem reads. “It meant I loved.” 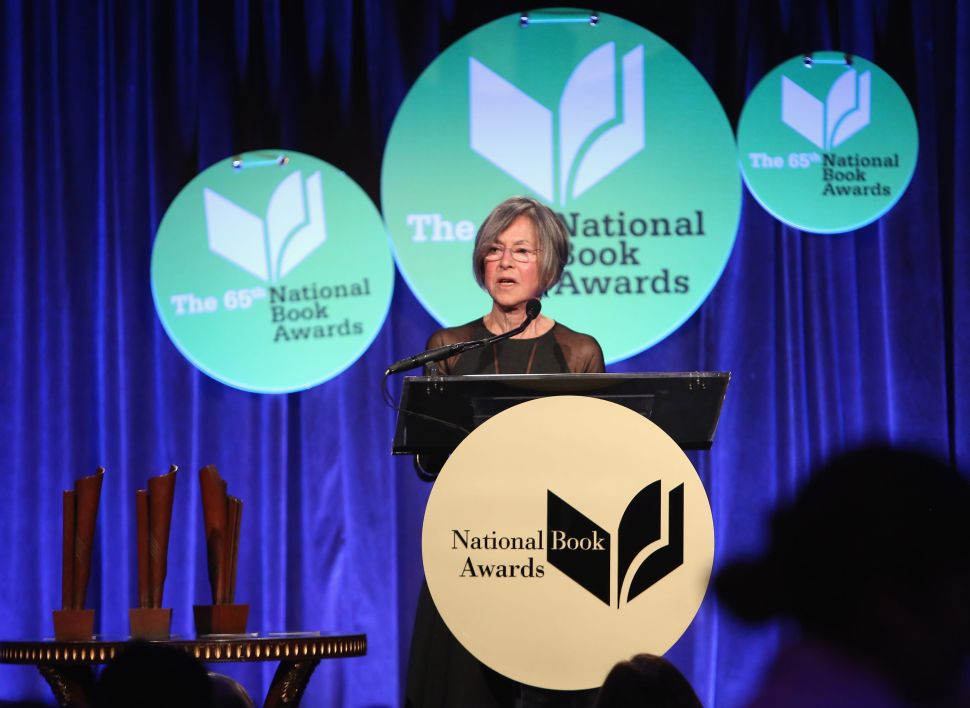