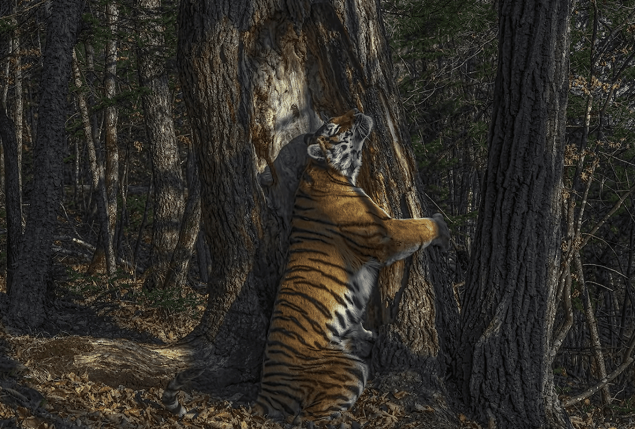 On Wednesday, the winner of the annually-anointed Wildlife Photographer of the Year award was announced by none other than Her Royal Highness the Duchess of Cambridge, a.k.a. Kate Middleton. The award, which is bestowed by Britain’s National History Museum, was this year given to the photographer Sergey Gorshkov for his image of an Amur tiger in Russia’s Far East forests rubbing herself against a Manchurian fir tree. In order to capture the prize-winning photograph, Gorshkov set up a camera-trap in the middle of the woods that remained in the field for an astonishing 10 months before it took the image in question.

Roz Kidman-Cox, the chair of judges for the Wildlife Photographer of the Year award, told the BBC that there are several qualities the photo has that makes it extraordinary. “The lighting, the colors, the texture—it’s like an oil painting,” Kidman-Cox said. “It’s almost as if the tiger is part of the forest. Her tail blends with the roots of the tree. The two are one.” Gorshkov’s photograph also highlights an environmental issue: Amur tigers like the one in the photo have been hunted to near-extinction within the last hundred years, they are still very vulnerable to the threats associated with poaching and logging.

Gorshkov’s photograph, along with other winners in other categories, will be displayed at the Natural History Museum in London before the exhibition goes on an international tour. In the Young Grand Title Winner category, the prize was given to the Finnish photographer Liina Heikkinen for her photo of an angry-looking fox guarding the goose it’s in the process of dismembering. As wild and startling as nature can often be, it continually reminds us how badly it needs to be protected via images like this. 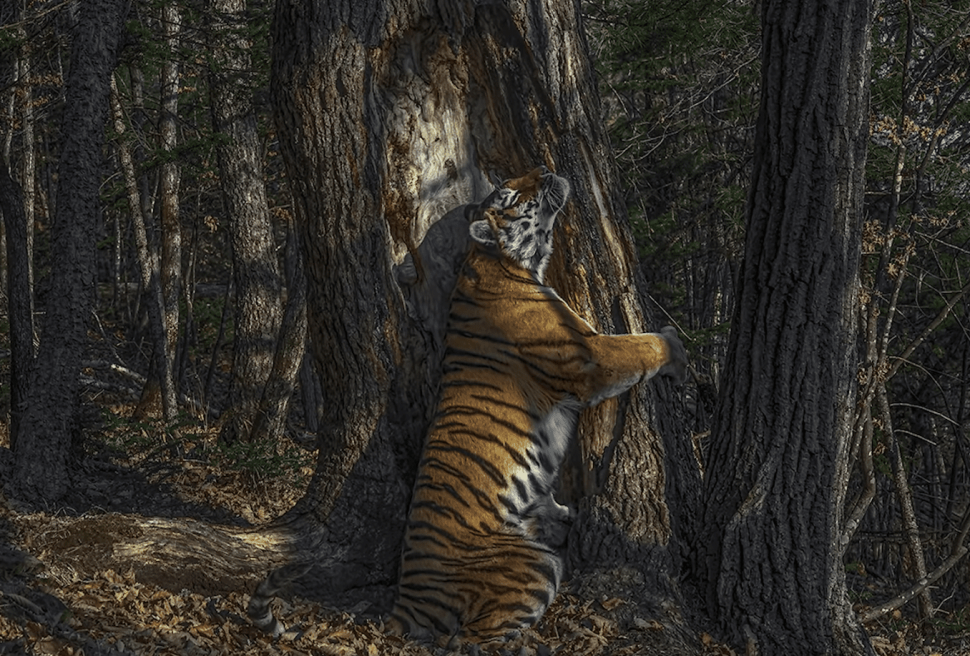