Earlier this week, Warner Bros. delayed four DCEU movies, including The Batman, The Flash, Black Adam and Shazam 2. It also pushed back Denis Villeneuve and Timothée Chalamet’s Dune by 10 months. Today, Disney rerouted Pixar’s Soul to Disney+ for an exclusive Christmas release. For now, WB has left Wonder Woman 1984, already delayed multiple times from its original June release, in its current December slot. But the expectation is that it too will eventually be on the move yet again.

This late in the game, the future release schedule is rapidly running out of viable weekends to debut tentpole blockbusters. The logjam of delayed features has created an increasingly limited window of opportunity. As of right now, a whopping 12 superhero movies are set to open over 16 months from March 2021 through July 2022. If Wonder Woman 1984, directed by Patty Jenkins and starring Gal Gadot, is forced to move yet again, is there enough valuable real estate on the schedule to successfully deliver the big budget blockbuster?

“Optimistically, there’s a window for a big tentpole around the Presidents and Valentine’s Day holiday weekend in February since Marvel’s Eternals vacated that spot,” Shawn Robbins, chief analyst at Box Office Pro, told Observer. “That could be a good fit if the fall and winter fight against the virus goes better than expected and New York, alongside Los Angeles, reopen theaters by then.”

That corridor has grown increasingly kind to comic book blockbusters in recent years. Deadpool opened to more than $132 million on Valentine’s Day weekend in 2016 while Black Panther hauled in more than $200 million over Presidents’ Day two years later. Wonder Woman 1984 could certainly thrive there under normal circumstances. But we are living through abnormal times, and there is doubt as to whether or not Q1 of next year will be a profitable return to movie theaters. If Robbins’ optimistic scenario is unlikely, a recent reshuffling may have opened up a window for the sequel next summer.

“Perhaps more realistically, June 11 looks like a great spot,” Robbins said. “Universal just left that weekend wide open with Jurassic World: Dominion‘s delay to 2022. It would allow a two-week gap after F9 and a two-week head start on the Venom sequel, both of which will be predominantly male-driven anyway. It’s also part of the early summer corridor where the first Wonder Woman enjoyed so much success.”

Robbins points out that full year-long delays for blockbusters such as No Time to Die, Black Widow, F9, Top Gun: Maverick and Minions has essentially pushed the planned 2020 slate in 2021. But until the industry is given some sense of when a reliable vaccine will be available, a return to pre-pandemic levels of ticket sales is impossible to accurately project. This has left studios in no man’s land with the need to generate revenue but the reluctance to sacrifice a potential $1 billion global hit on a direct-to-consumer platform.

Disney experimented with premium video on demand by moving Mulan to Disney+ Premier Access, but the early returns haven’t been encouraging. There’s a reason the Mouse House leadership has consistently described that move as a one-off. It may not be an example of kicking the can down the road, but that economic model potentially exposes studios to future issues for limited short-term gain.

“Studios will need to generate revenue if this crisis lasts longer than anticipated, sure, but the other side of that coin, where a studio might send a major movie to PVOD or streaming, substantially increases the risk of financial losses on a given film while mortgaging their future for the sake of the present,” Robbins said.

With so many productions already forced to shut down due to COVID-19, there’s no guarantee that a growing list of delayed features will be completed in time for theatrical reopening in a post-COVID world. This will leave them exposed with a lack of fresh blockbusters if they’ve already distributed their most desirable films via at-home platforms. Jenkins isn’t even considering such a release for 1984.

Correct. Direct to streaming is not even being discussed. We are still 100% behind the theatrical experience for #WW84 and supporting our beloved theater business. https://t.co/SDyD7Nzo0Z

Bottom line: we’ll just have to keep waiting for the biggest films to arrive. 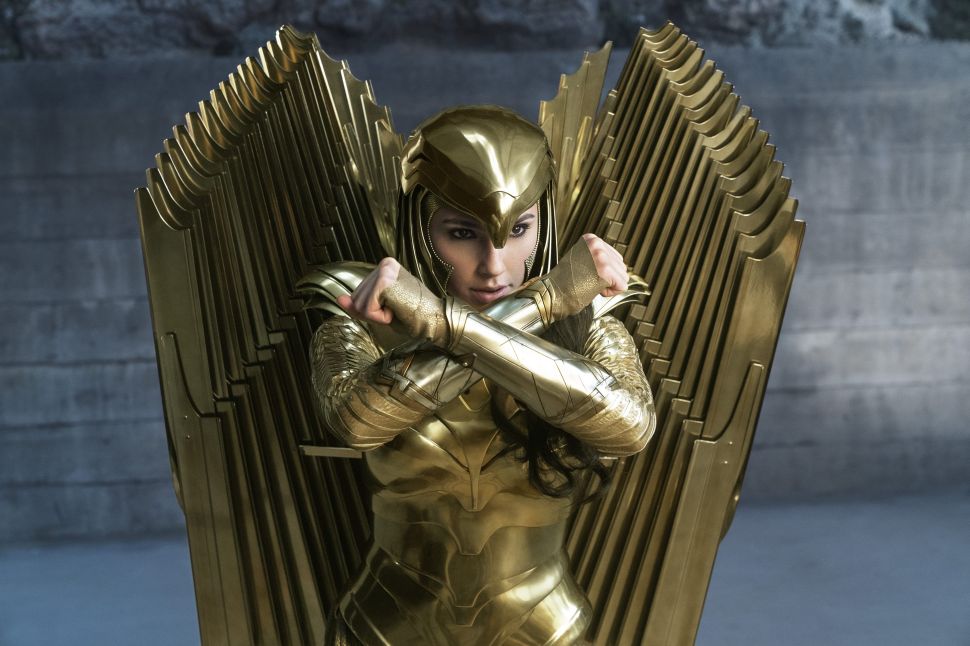