Time, as a concept, has been the butt of countless jokes throughout the pandemic. Depending on how you’re personally measuring time lately, we might be in the 31st week of March, the eighth month of October, or 1522 days into 2020 with perhaps 1349 days left until the New Year.

The Yerevan Biennial, established in 2019 and based out of the capital of Armenia, has keyed into this altered state and made it something of the theme for its inaugural presentations collectively titled “The Time Complex”––available online because, of course, 2020. One of those exhibits, “Time Out of Joint,” brings viewers to the infamous Dark Web for a series of mind-bending artworks.

“We are a brand new cultural institution, so everything had to be invented from scratch,” says Lorenzo Fusi, Artistic Director and Chief Curator of the inaugural Yerevan Biennial. “The theme was chosen before the pandemic and then seemed even more relevant, so we kept it. This was originally going to be a physical, traditional Biennial across Yerevan. When it became clear early on that this may not be possible, we sensed immediately the importance of occupying spaces in the digital realm that were not necessarily known to the wider audience, particularly a space conventionally stigmatised such as the dark-net, that is to say the underbelly of the Internet.”

Attending “Time Out of Joint” requires downloading the Tor Browser and going to the web address http://fjroxjgxhmd2ymp2.onion (feel free to try, but it won’t work on normie browsers like Chrome or FireFox). Logging on feels a bit old school with a dial up Internet kind of vibe. The exhibition itself is cobbled together, haphazard, a pastiche of retro 90s fansites and ancient philosophy and dystopian pop culture.

The show features new original works by the artists Joshua Citarella, Clusterduck, David Horvitz, Vladan Joler and Amalia Ulman. Several works are currently available, with the most recent having debuted on October 29. New works will be revealed every two weeks until November 26.

Time Out of Joint curators Franco and Eva Mattes say, “We chose artists whose work is informed by the Internet’s shared creativity or collective psyche, and whose output is often freely available online, circulating back into social media or peer-to-peer networks, as well as art venues.”

Utilizing Tor and the Dark Web highlights how so much of the digital landscape has changed. For the Matteses, society’s embrace of social media has “fenced in” content and ideas. The early Internet allowed users to freely copy documents and code, emphasizing a shared experience and a democratized space for ideas. Social media platforms, by their nature, hinder users’ ability to share by keeping data and media within the confines of a singular platform.

The Dark Web doesn’t play by those rules. By hosting “Time Out of Joint” on Tor, the Mattes and the Biennial invite users to download any of the media on the site.

“We’re not talking about piracy or ‘circumventing’ the rules,” say the Mattes, “this freedom to copy was baked in the Internet since the beginning. The structure of this exhibition is just rewinding time to a moment in which there seemed to be more possibilities. You can copy every piece of content, being a text, image, video, sound etc. and save it to your computer.”

While the show will end on January 17, its story will continue and live on. The Matteses expect some works to migrate to different platforms, while others will evolve.

Horvitz’s Nostalgia 500, however, is planned for destruction. The work includes the artist’s personal archive of digital photographs that extend back to the early 2000s and will be permanently deleted following the show closure in January. If these photos live on, it’s because visitors download them from the exhibition and post them elsewhere.

“We have been reinventing ourselves,” says Fusi, “and rethinking the way we do things every day with no prejudice and with an open heart. This allowed us to create a digital exhibition that is not a bad copy of the physical one, or the mere documentation of an art event. It is a digital experience that lives in the net and responds to a different logic when compared to a traditional exhibition.”

And while its digital offerings are underway, the Yerevan Biennial is planning for a proper, in-person, citywide series of exhibitions across Armenia’s capital sometime in the second half of 2021.

In the meantime, take a wild ride to the Dark Web for these weird and extra-dimensional artworks that will bend your mind and expand your consciousness. 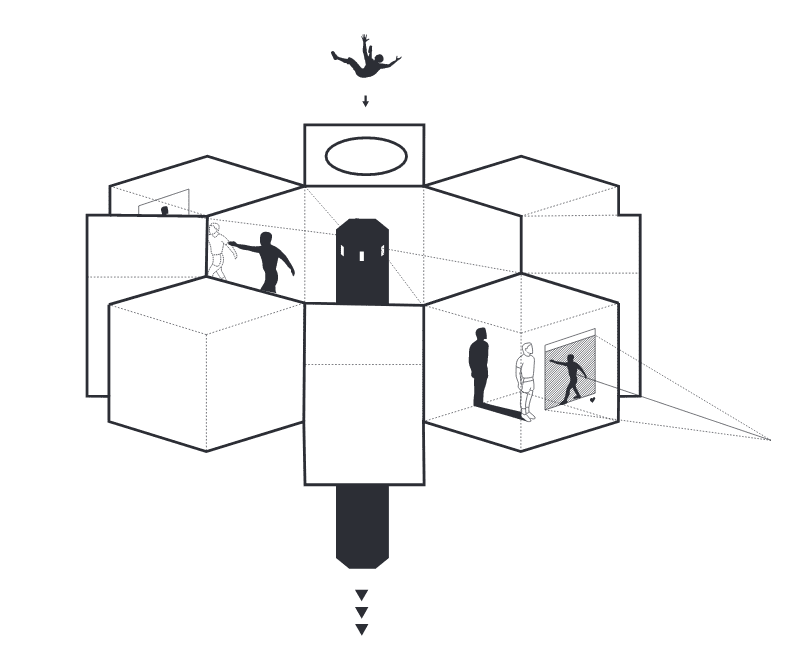