Of course there should be an Adrienne Kennedy festival right now: strong Black women such as Stacey Abrams, Kamala Harris, and Letitia James are saving the damn country from itself; Kennedy has been keeping the experimental faith for half a century. If her name is not as well-known as her contemporaries Edward Albee or Sam Shepard, factor in race and gender—and a refusal to compromise. While those men’s works adapted to fit marketplace fashions, Kennedy’s immersive yet detached dream-collages protect a stubborn, disturbing mystery.

You could say the mainstream has caught up with her—in time for The Work of Adrienne Kennedy: Inspiration & Influence, an online celebration presented by the Round House Theatre in Bethesda, Maryland, and McCarter Theatre Center in New Jersey. Movies, TV and pop are blending the Weird and social justice in remarkable ways. From Beyoncé’s Lemonade in 2016 to recent hit shows such as HBO’s Watchmen and Lovecraft Country, Jordan Peele’s shockers, and literary works such as Claudia Rankine’s Citizen, there has been an outpouring of genre-blurring art that examines Black trauma and the psychic legacy of racism through a surreal or mythic lens. While each is unique, they show living under white supremacy as a skewed alternate reality, a waking nightmare that must be exorcised and transcended.

“She completely shows us the absurdity of living in a world that is built around racism,” says director Nicole A. Watson, who has staged an achingly lucid reading of the 2018 Kennedy two-hander, He Brought Her Heart Back in a Box. “Racism is absurd. It doesn’t have a logic,” Watson continues. “We should never try and reason it out, and yet there it is, informing so many of our institutions and ways of being in the world. Adrienne shows you that. So, on some level, yeah, I think we’re ready for her.” He Brought Her Heart is at once a young interracial romance, and a hazy tale of Nazis inspired by segregated America.

Watson joined the McCarter in August as associate artistic director, alongside the company’s new artistic director, Sarah Rasmussen. Watson had been developing the Kennedy festival at Round House (where she had been), and Rasmussen eagerly brought the McCarter on board. “Surrealism has become kind of mainstream,” Rasmussen notes. “Adrienne predicted the storytelling of so much work of today, but her themes are still very personal and heartbreaking. But they’re also observing something bigger than her own lived experience. It’s like she’s saying, ‘I’m inside it; now I’m outside it.’”

“Prismatic” is a word often used to describe Kennedy’s plays: characters with multiple nested identities, closed spaces that lead to stranger spaces. The intersection of history, memoir, art and dream is her territory. Born in 1931 in Cleveland, Ohio, Kennedy was raised in a mostly middle-class, integrated neighborhood. As a child, she often visited her grandmother in Georgia, witnessing first hand Jim Crow in the South, before experiencing subtler gradations of racism as a student at Ohio State University. Her relatives in Georgia have roots in both the black and white communities, so Kennedy has known first-hand the senselessness of racial categories. In her fluid, nonlinear plays, she weaves together personal history, quotations and allusions to cherished plays or classic movies, and a strong current of violence.

Her 1964 breakthrough, Funnyhouse of a Negro, was a gothic, cubistic portrait of a solitary Black writer haunted by the ghosts of Queen Victoria, the Duchess of Hapsburg, Jesus, Patrice Lumumba and others. In the 20 or so works that followed, Kennedy’s continued using collage and free association, and has adapted Greek tragedy. Later pieces, such as Sleep Deprivation Chamber, riffing on the true story of her son’s brutalization by police, may have more of the “real world” in them, but still contain plenty that is hallucinatory and bizarre.

In theater circles, Kennedy has been a constant for decades. She has taught and been taught for years. It’s hard to imagine today’s boom of young Black female playwrights without the example she set: Lynn Nottage, Katori Hall, Jackie Sibblies Drury, Antoinette Nwandu, Dominique Morisseau, Dael Orlandersmith, and many others. Still, there hasn’t been a major retrospective of Kennedy’s plays for 25 years, not since the Signature Theatre’s Kennedy season in 1995-96.

“It’s a shame that we weren’t ready for her when she first started writing,” says Watson about this yawning gap. “But I do think that when it’s an artist who is defying the rules of the artistic genre, you have to come full circle to that work. People like Branden Jacobs-Jenkins and Aleshea Harris and Suzan-Lori Parks have all been inspired by her work. Haruna Lee’s Suicide Forest was inspired by Funnyhouse.”

Festival events are affordable ($17.50 for online readings), the panels are free, and the videos are available through February 28. Upcoming performances include Ohio State Murders (December 5) and the premiere of Kennedy’s newest piece, Etta and Ella on the Upper West Side (December 12). So far, the acting and camerawork/audio quality have been outstanding.

Has anything surprised Rasmussen and Watson in putting the festival together? How broad and deep Kennedy’s influence goes. “So many writers claim her as inspiration,” Rasmussen says. “From Shonda Rimes to Jeremy O Harris. Of course the influence makes a lot of sense, but I love seeing it highlighted.”

Kennedy has always been a potent thread in the tapestry of American theater, and it’s time the theater community honored it. “When you are a visionary artist, you are ahead of your time,” says Watson. “I also think that Black women are visionaries who tell hard truths that—especially in America—we don’t like to hear.” 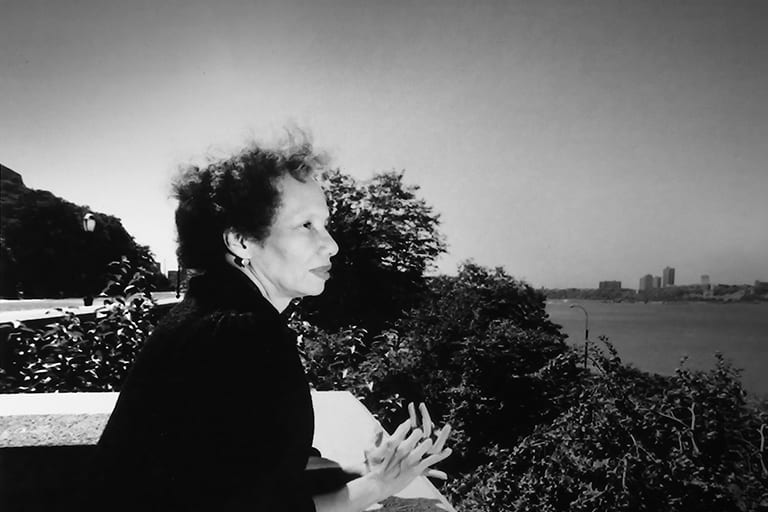