Despite the coronavirus pandemic, 2020 has actually been a strong year for movies. Unfortunately, audiences have been forced to look harder to find those quality films amid a sea of high-profile blockbuster delays. But this holiday season will be different as Hollywood is set to deliver a number of top-tier features to hungry audiences. Though some of these release strategies may change in the coming weeks, here are the films arriving around Christmas that may demand our collective attention.

As of right now, Sundance Film Festival darling The Father is scheduled for a theatrical release next month. We expect that to change given the sorry state of movie theaters at the moment (New York and Los Angeles exhibitors remain closed). But regardless of how The Father finally makes its way in front of audiences, it should be an immediate must-watch.

Starring Sir Anthony Hopkins and Olivia Colman, the film revolves around the former’s character who refuses all assistance from his daughter as he ages. As he tries to make sense of his changing circumstances, he begins to doubt his loved ones, his own mind and even the fabric of his reality. Word out of Sundance was that Hopkins gives arguably a career-best performance (high praise for The Silence of the Lambs star) and that Colman is also in line for another Oscar nomination.

Based on Pulitzer Prize winner August Wilson’s play, Ma Rainey’s Black Bottom takes place in Chicago 1927 as tensions rise between singer Ma Rainey (Viola Davis), her ambitious horn player (Chadwick Boseman) and the white management determined to control the legendary “Mother of the Blues.” The film marks the last screen performance by Boseman, who passed away from colon cancer in August.

Netflix has aggressively pursued A-list film content over the last several years with the eventual goal of releasing 90 original movies per year. Though 2018’s Roma and last year’s The Irishman both earned 10 Oscar nominations (with the former winning three), the streaming service has yet to claim a Best Picture prize at the Academy Awards.

Last year, Eddie Murphy fans were delighted when Paramount set a 2020 release date for the long-awaited sequel to his 1998 hit comedy Coming to America. But after COVID-19 upended the film industry, the studio sold the movie to Amazon for a whopping $125 million!

Coming 2 America sees Akeem (Murphy) learn that he has a long-lost son in the United States, which pulls him back to America to meet the unlikely heir to the throne of Zamunda. Original co-stars such as Arsenio Hall, James Earl Jones, and Vanessa Bell Calloway are returning along with new faces such as Leslie Jones, Tracy Morgan, Wesley Snipes and KiKi Layne. Dare we say, this might be the most fun new Christmas release.

After multiple release delays due to COVID-19, WB’s highly-anticipated Wonder Woman sequel is now set to open in theaters on December 23. However, we don’t expect this X-Mas delivery date to hold either. Under normal circumstances, Patty Jenkins and Gal Gadot’s Wonder Woman 1984 is a potential $1 billion blockbuster. That’s a lot of revenue to sacrifice for a premium video on demand or straight-to-streaming release. In all likelihood, WB will delay 1984 yet again in the hopes that 2021 represents a bounce back for movie theaters.

This post-apocalyptic tale follows Augustine (George Clooney), a lonely scientist in the Arctic, as he races to stop Sully (Felicity Jones) and her fellow astronauts from returning home to Earth, where a mysterious global catastrophe has taken place. On one hand, this doom and gloom ecological nightmare may hit a bit too close to home in 2020, a year with its own apocalyptic undertones. On the other hand, we can’t help but be fascinated by the idea of Gravity meets The Day After Tomorrow.

Admittedly, George Clooney, who directed the film, is in need of a hit behind the camera. His most recent no doubt success as a filmmaker was 2011’s The Ides of March. Is The Midnight Sky the turnaround he’s been looking for and the prestigious awards season film Netflix hopes? We’ll find out next month.

In a recent interview with Decider, HBO Max chief Andy Forssell hinted that a big-deal movie is likely arriving on the service on Christmas. No, we don’t believe it’s Wonder Woman 1984 nor do we think it’s Denis Villeneuve and Timothée Chalamet’s Dune, which was recently delayed from December to October 2021. Could it be Christopher Nolan‘s Tenet forgoing traditional PVOD sales in order to boost HBO Max’s profile? Only time will tell, but let the rampant speculation begin.

That fact that Pixar’s Soul is heading to Disney+ proper rather than Disney+ Premier Access, as Mulan did, tells you everything you need to know about the latter’s financial performance. The movie failed to justify dropping a big blockbuster via Disney’s PVOD platform so, this time around, the Mouse House is cutting out the middle man.

Even though Soul has all the makings of a box office hit (outside of March’s Onward, three of Pixar’s last five films have surpassed $1 billion), there’s a ton of strategic logic behind Disney’s decision to reroute it to Disney+. The movie follows Joe Gardner (Jamie Foxx) – a middle-school band teacher who gets the chance of a lifetime to play at the best jazz club in town. But one small misstep takes him from the streets of New York City to The Great Before – a fantastical place where new souls get their personalities, quirks and interests before they go to Earth.

One Night in Miami (Amazon)—December 25

One Night in Miami is currently set for a limited theatrical release on Christmas before a streaming release on Prime Video January 15, so we might technically be cheating a bit here. But the feature directorial debut of Oscar-winner Regina King, which Observer exclusively reported on, is worth the stretch. Having seen the film during the Toronto International Film Festival, we can assure fans that there’s not a false note to be found in the story about what happens when Cassius Clay, Malcolm X, Jim Brown, and Sam Cooke all find themselves in the same room.

King has the innate ability to let the powerful words of Kemp Powers’ script speak for themselves and an Oscar nomination for the rookie filmmaker may be on the horizon. 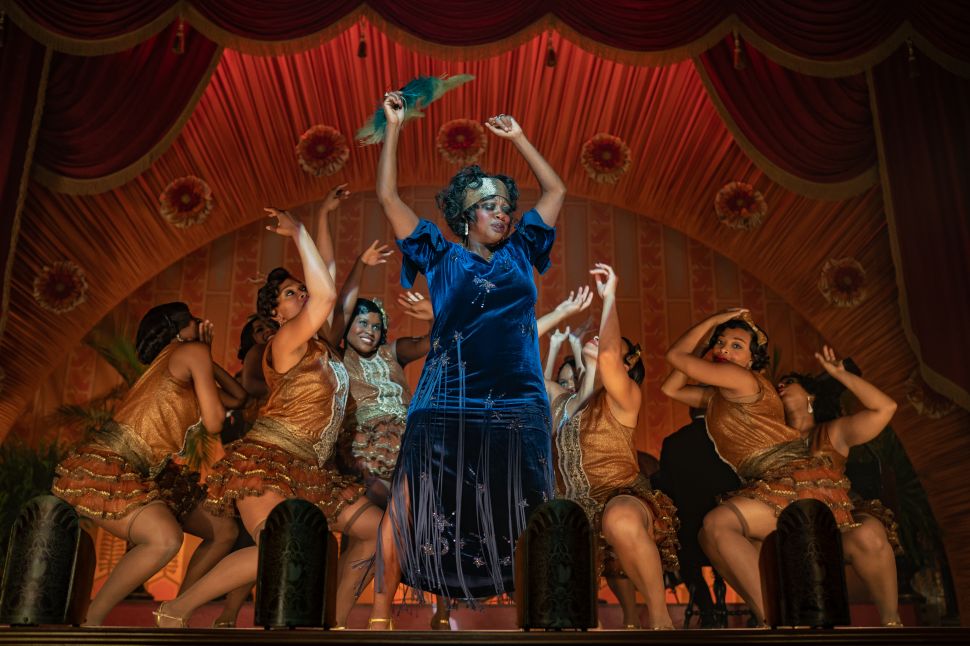