Hollywood is in love with reboots. The reasons are many, but it’s best to let one Yakko Warner, one of the stars of Hulu’s new reboot of Animaniacs, explain it: “Reboots are symptomatic of a fundamental lack of originality in Hollywood. A creativity crisis fueled by terrified executives clinging to the past like rats to the debris of a sinking ship.”

Where most reboots resort to replicating what the original did with just slight changes, Animaniacs makes its reboot work by treating it like a sequel. The reboot acknowledges how much things have changed in the last 22 years despite its immortal cartoon characters not changing at all.

Animaniacs was a strange and fascinating cartoon when it debuted in 1993. As The Simpsons began changing what we thought of cartoon comedy, Animaniacs was both a throwback to the hyperactive insanity of classic ’30s animation and also a no-holds-barred meta-commentary on everything from the Hollywood studio system, the politics of the sax-playing Bill Clinton’s administration and pop culture. Rather than change the formula or introduce new elements to it, the new show updates what made the original great, making this feel like a continuation rather than a reset.

Do you want pop culture references? Animaniacs has them. The only caveat is that, because animation takes a long time to produce, most of the jokes were written back in 2018, and while some feel slightly out of date, the show acknowledges them early on, to hilarious results. New showrunners Wellesley Wild and Gabe Swarr get around this problem not by copying South Park‘s day-of jokes, but instead focusing on big trends from the past couple of years that remain relevant and prime for satire. The show roasts our current inundation of superheroes, the work of its own producer Steven Allan Spielberg (not to be confused with Señor Spielbergo), a Quibi parody, and anime’s rise in popularity to remind you that it was streets ahead of Community and 30 Rock. Even returning characters Pinky and the Brain get updated gags that reflect current technology and trends, allowing Brain to try and take over the world by using social media and memes. (For now, sadly, Pinky and the Brain are the only two returning lead characters outside the Warner siblings, at least in the five episodes sent to critics ahead of time.)

So they updated the references and the gags, but what about the jokes? Like most things from the ’90s, there are parts of Animaniacs that have aged rather poorly. For the reboot, the show mostly avoids making fun of so-called “PC culture,” and instead goes back to one of its biggest strengths from 20 years ago—its close connection to Hollywood and its knack for industry satire. The show always had hyper-specific jokes about the industry, and the new Animaniacs makes fun of the increased importance of focus groups and the executive-mandated, empty diversity seen in big projects that inevitably frustrates trolls who don’t like seeing female characters in their shows.

One of the main concerns when it came to the reboot was that it would resort to becoming “a Trump-bashing vehicle.” Sure, the current president looms like a shadow over the show, but Animaniacs prefers to allude to Trump and satirize broader issues rather than directly mock him. The fourth episode is devoted to “bunny violence” as a stand-in for gun control, and like the best of the original run’s episodes, the allegory goes just over the head of the youngest audiences while being a rightfully zany satire for adults. Likewise, the show gets a lot of mileage out of making fun of foreign dictators, from Russia’s interference in American politics the past couple of years, to a The Price Is Right parody set in inflation-riddled Venezuela.

Then there’s the music. A big part of the original show was the score, created by an actual 30-piece orchestra with multiple composers doing the show’s award-winning music, and comedic and memorable songs in nearly every episode. For the reboot, Steven and Julie Bernstein return to compose the score, while Randy Rogel returns to write the songs. In 2020, however, we’ve seen plenty of animated shows with big musical elements like Steven Universe and Bob’s Burgers, and live-action musical-comedies like Flight of the Conchords and Galavant. Though the concept doesn’t feel as fresh, the songs remain as funny and well-written as ever, and they’re bangers to boot. Most importantly, the songs are complemented by inventive and zany animation that makes their lyrics even funnier. The new team of songwriters includes Tommy Reilly and Roddy Hart, the guys behind the excellent Scottish Christmas zombie high school musical comedy Anna and the Apocalypse.

Animaniacs doesn’t reinvent the formula of the old episodes, nor does it follow them verbatim. Instead, this is an update that feels as if the show had just taken a scheduled 22-years-long break and are now picking up where they left, but with better animation, and updated jokes and references. Animaniacs remains just as insane-y and zany to the max as you remembered. Can we ask for better than that in 2020? 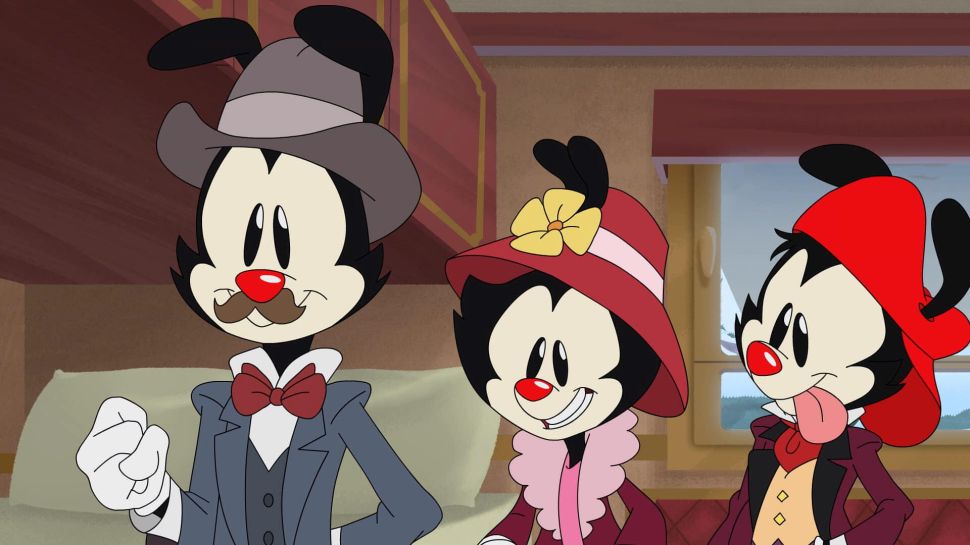