In late March, with the onset of the coronavirus pandemic eliciting shelter-in-place orders across the United States, toilet paper became one of the most coveted items across the country. People began purchasing household goods in bulk in preparation for an extended lockdown and consumers soon found sold out shortages of the bathroom necessity nationwide. In hindsight, we can all concede that our panic shopping was a bit ridiculous. But we often don’t realize the crucial importance of something until confronted with wholesale change.

Toilet paper is a silly example to be sure, but the same principle now applies to the under-appreciated category of animated entertainment. Despite tracing its origins all the way back to the 1890s, helping to build the Disney empire, defining broadcast and cable television over the last 30 years, and now redefining the streaming wars, animation is still often overlooked in the greater pop culture conversation.

But with Sony closing in on a near $1 billion acquisition of U.S.-based anime streaming service Crunchyroll and its 3 million subscribers, it will soon gain control over a significant portion of the anime export market. In doing so, it becomes a threat to Netflix, which has been heavily investing in all manner of animation for years on its way to becoming the biggest television provider in the world. A hierarchal change may be upon us as animation now finds itself in a golden age of opportunity.

To understand the medium’s importance to the current marketplace and its widespread proliferation, we need look no further than recent history. Long-running classic animated comedies such as The Simpsons and Family Guy helped establish Fox among its broadcast compatriots in the 1990s while South Park is singlehandedly responsible for Comedy Central’s early success. With 30-plus seasons in the bank, Disney wisely chose to reroute The Simpsons to Disney+ rather than Hulu to attract eyeballs, and it is currently Disney+’s number-two trending property as of this writing. WarnerMedia, meanwhile, spent more than $500 million to bring South Park to its fledgling streaming service HBO Max. The streamer also draws from Cartoon Network and Adult Swim, DC Universe hits such as Young Justice and Harley Quinn, and struck a deal for the U.S. streaming rights to Studio Ghibli movies like Spirited Away and The Tale of Princess Kaguya, accruing the entirety of the Japanese animation studio’s collection.

In recent years, Rick and Morty and Adventure Time have further expanded the scope of more mature animation while Bob’s Burgers has been a modest hit on Fox but a high-performing second life series on Hulu. But it is Netflix that has taken the animation baton and ran with it over the last decade. Recognizing the low-cost, high-upside reward that the category represents, Netflix helped deliver BoJack Horseman as one of its first original series. The critically beloved and Emmy-nominated animated series is the rare Netflix original that got a lengthy six-season run. The wonderfully crude yet shockingly thoughtful Big Mouth, soon to deliver its fourth season, has emerged as an heir apparent. In January, Netflix inked a multi-year overall deal with Big Mouth animation studio Titmouse to develop additional originals.

Netflix’s animated originals tick all age brackets and mine from influences around the world as well, with popular originals such as Castlevania, She-Ra and the Princesses of Power, The Dragon Prince, director Guillermo del Toro’s Tales of Arcadia trilogy and the recently released Blood of Zeus all taking visual and narrative cues from classic fantasy, Japanese anime, Arthurian lore, Greek myth and other source material. Fans are watching these shows, which regularly trend within the streamer’s top 10 upon delivery. Throw in Netflix’s licensed back catalog of long-standing hits (that are also more kid-friendly) such as Avatar: The Last Airbender, Avatar: The Legend of Korra, Naruto and more, and it’s clear Netflix has made a concerted effort to bulk up its animation division. And that’s just on the TV side; Netflix’s animated movies slate has been prodigious as well, and very global, with titles like The Breadwinner, I Lost My Body and most recently Over the Moon being produced or co-produced internationally.

Now, as COVID-19 has expedited entertainment’s shift away from traditional and linear and towards direct-to-consumer streaming, rival platforms are beginning to take note of animation’s foothold in our collective tastes. This year alone Apple TV+ launched musical animated comedy Central Park from Bob’s Burgers creator Loren Bouchard. Hulu premiered Solar Opposites from Rick and Morty co-creator Justin Roiland and Mike McMahan. McMahan then delivered Star Trek: Lower Decks to CBS All Access. Disney is releasing Pixar’s Soul straight to Disney+ on Christmas. It will join Star Wars: The Clone Wars, Star Wars: Rebels, and a massive back catalog of both original and pre-existing animated content. Completely different from what Netflix is doing in both style and tone, it still falls under the all-encompassing umbrella of animation. Throw in HBO Max’s aforementioned efforts and the animation boom is in full swing at the forefront of the major content providers.

Looking ahead, even as Netflix shifts strategies to focus on reducing costs and turning quarterly profits, its commitment to animation remains unwavering. Later this month, animated war drama The Liberator will premiere as well as non-English animated originals such as Paranormal (Nov. 5) and Over Christmas (Nov. 27). In October, the streamer—which should surpass 200 million global subscribers next quarter—ordered a new Godzilla anime series to join the three other Godzilla series it already counts among its original library.

With AT&T selling Crunchyroll to Sony, which already owns U.S. anime distributor Funimation, the company will add another entertainment building block in an increasingly competitive market. This will boost its appeal both domestically and abroad and give the company further leverage at the licensing negotiating table.

The downside, however, is that the animation field has become increasingly fragmented in recent years. The barrier of access for fans is now spread across multiple corporations and streaming services, which increases costs for the audience. What was once niche and on the periphery is now entrenched in the mainstream. Netflix’s strategy, decades in the making as popular animation has risen in prominence, has more than paid off for the streamer. But in doing so, its success has inspired a legion of well-resourced competitors that have segmented the category.

A previous version of this article incorrectly listed Alice in Borderland as an animation series. 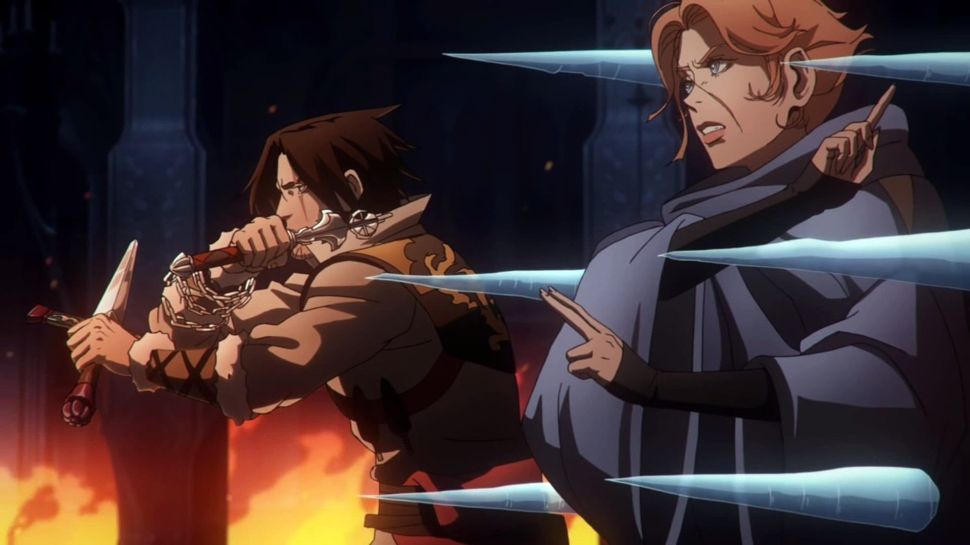