On stage, everything is perfect. The curtain rises, beautiful dancers stand in neat lines and wave their swan arms in precise uniformity. But when the curtain falls, the spell is broken, the makeup comes off, the tutus are shed, and the swans become human. And now our former swans and current mere humans have to soak their sore feet in ice, put ointment on the acne that emerged from the pounds of foundation and blush, and then listen to a list of mistakes they made on stage from a ballet master who was watching with hawk eyes from the back of the audience.

How does a ballet dancer cope with the mental gymnastics of existing as a naturally flawed human being while working in an industry dedicated to perfection? Historically, not well. At the end of 2010’s Black Swan, Natalie Portman’s character, Nina, asserts “I was perfect,” before dying in a bloody pile of swan feathers. Portman won an Oscar for saying that line, and maybe that’s because there’s a hint of reality in her portrayal of an obsessive artist. In Black Swan, Nina goes insane striving to be the perfect ballerina. In the real world, it’s pretty common for dancers to starve themselves, to dance until their toes are mangled, maybe even dance through a potentially career-ending injury—all to be perfect. And more often than not, this kind of self-destructive behavior is provoked, even encouraged, by artistic staff. Even in an age of woke politics, radical self-love, and Lizzo, it’s still very much the norm for classical ballet companies to enable body-shaming practices and cultivate hostile and toxic workplaces. Recently, however, some dancers have started to speak out, questioning the outdated standards of the old guard.

Kathryn Morgan is a former dancer with New York City Ballet (NYCB) who made waves last year by joining Miami City Ballet (MCB) as a soloist after a seven-year gap in her career. But on October 8, she posted a video to her popular YouTube channel explaining why she chose to leave that very job. Morgan was diagnosed with hypothyroidism early into her booming career at NYCB—a condition that caused her to gain weight and led her departure from the company. Over the next seven years she dealt with managing her illness, learning that she also suffered from an autoimmune condition called Hashimoto’s disease, and worked on a management plan that allowed her to feel fit and healthy. Miami City Ballet saw her form and decided she was soloist material. Morgan says they told her she looked beautiful and upon hiring her, Lourdes Lopez, MCB’s artistic director, promised her a number of leading roles for the upcoming season. But, as Morgan explains in the video which has now garnered more than 200,000 views, over the course of the year she was taken out of these roles repeatedly.

By the time The Nutcracker rolled around, she was being told that her body wasn’t looking her best and specifically that she couldn’t be a true inspiration until she got back on the stage “looking like a ballerina.” Morgan goes on to explain that because of this, she started to return to some of her old habits—limiting food, constantly feeling unhappy and anxious—until she finally realized this company was not the right place for her.

After posting the video, hordes of dancers, many from Miami City Ballet, joined her in speaking out against the various types of body-shaming they’ve experienced from artistic staff, and the dark mental health path they were led down as a result. In an Instagram post, dancer Aldeir Monteiro said that while he was at MCB he was told his legs didn’t have the right shape for the stage. Brianna Abruzzo wrote on her Instagram that leadership at MCB didn’t believe she was losing weight, even after she brought charts from her trainer. Chloe Freytag shared her story as well, saying that she was told that her legs were “too large to fit in fifth position.”

In many circumstances like these, including Morgan’s, a huge part of the problem is that the artistic staff will tell you that your body is wrong and then leave you on your own to figure out how to “fix it.” In an interview, Morgan told Observer that artistic leadership said to her that they “need to have dancers they can put on stage.” For Morgan, this kind of vague criticism was what led her to return to those unhealthy behaviors, all to try and fit her body into the tiny mold that Lourdes Lopez preferred. Dancer Chloe Freytag says she lost about eight pounds with unhealthy eating habits, and it still wasn’t enough to be “fit for the stage”. Dancers are rarely ever given comprehensive or healthy guidance on how to get into the shape that’s being asked of them—even when the resources are available.

“Seeing a nutritionist is considered a form of weakness,” a former NYCB dancer told me told me (they are not being named here to protect their anonymity for employment purposes). From a young age, dancers are taught to power through any hurdles thrown their way, that it’s all a survival of the fittest and that weakness is not allowed. Morgan explains it like this: “We’re all striving for this perfect illusion and any talk of having a mental health issue, or a body issue, if you’re struggling in any way—sort of pops the balloon of the perfect illusion.” So if your ankle is hurting, you’re going to dance through that pain. If you’re anxious or depressed, don’t be a baby. And if you’re told you need to lose weight, you’re going to do that whatever it takes and god forbid you seek help.

Then there’s the constant reminder that if you stand up for yourself, you can easily be replaced by the next eager dancer in line. A lot of young dancers stay in these hostile situations and put up with constant abuse because “you are made to know from day one that you are replaceable,” as Morgan points out. But Morgan felt like she was in the comfortable position to be the one to speak up. “I had to say to myself ‘if every ballet company, if every director across the board blackballs me, am I going to be OK?’ and I realized that I was.” And quickly more and more people also felt brave enough to speak up.

But with the onset of this mini-movement, what kind of change can we expect from an industry so grounded in old world traditions? “Change is not going to happen overnight,” Morgan concludes. “I think it’s going to be a generational thing, I think when my generation begins to take over ballet companies, that’s when we’ll start to see change.” There’s no doubt that the changes that need to be made will have to come from the top. In an interview, Freytag commended the artistic leadership at her current company, Dimensions Dance Theatre Miami, for the positive environment they’ve created. It’s a direct contrast, she says, to the hostility that Lopez brought to Miami City Ballet. “I have incredible bosses who support and nurture us in every way imaginable. Every single dancer in the room is held to their best light. We have a lot of different dancers with different bodies and different strengths and weaknesses and our directors always encourage and support us—even when they’re critiquing our work, it’s done with so much love.”

With modern choreography, too, the idea that all bodies in a company have to be one precise size is starting to feel outdated. While having one 5’9” swan next to three 5’5” swans might ruin the effect on stage, in a piece created by, for example, contemporary choreographer Crystal Pite, the only thing that matters is if the dancers can execute the physically demanding steps. And as contemporary pieces begin to incorporate themselves more and more into classical companies’ repertoires, it’s possible that artistic directors will realize they don’t need to hire dancers that all fit into one mold. Soon there may be no more “tall” companies or “short” companies, or perhaps most importantly, very thin companies.

But that change isn’t here just yet. “I think for many, many years now everybody has been led to believe that the ballet world has changed already, because we do talk about the very few dancers who have different bodies like myself or Misty Copeland. But the reality is there’s only two or three of us who are actually talked about,” Morgan says. But with Morgan and others speaking out, maybe the slow-changing industry will come to realize that trauma, shame and hostility aren’t ingredients for creating “perfection,” maybe companies will start to provide and encourage mental health resources and education, maybe dancers can learn to love their bodies sometime before retirement, and maybe diversity over perfection actually makes for more interesting art. This is just the start of a much bigger conversation. 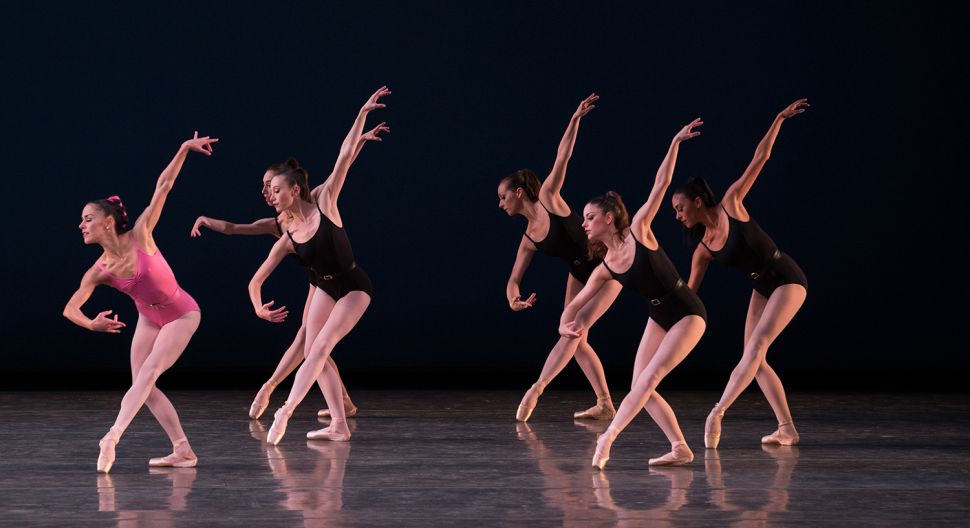