Prominent hedge fund manager Bill Ackman is betting that the coronavirus pandemic could rattle the U.S. stock market again like in March in a time when major stock indexes just soared to an all-time high. Last time he made similar bets, he won and profited $2.6 billion, or a 10,000 percent return, on his investments in less than a month.

At the Financial Times‘ Dealmakers Conference on Tuesday, Ackman revealed that his hedge fund firm, Pershing Square Capital Management, bought a set of credit-default swaps, a financial derivative to insure his firm against a wave of corporate defaults, on Monday.

Interestingly, it was the same day Pfizer declared early success with its experimental COVID-19 vaccine, which sent stock indexes to a record high. However, Ackman is concerned that the news will encourage people to become nonchalant about preventive measures and actually make the pandemic worse before the vaccine gets to the market.

Ackman warned that investors are underestimating the severity of the pandemic. He sounded a similar alarm in early March, just before states imposed lockdown orders.

“I hope we lose money on this next hedge,” Ackman said during a keynote speech at the event, per Financial Times. “What’s fascinating is the same bet we put on eight months ago is available on the same terms as if there had never been a fire and on the probability that the world is going to be fine.”

The new hedge was about 30 percent the size of the bet he placed in spring, Ackman said.

In late February, when the coronavirus outbreak was in full swing in China but hadn’t started its exponential spread to the rest of the world, Pershing Square bought $27 million worth of credit protection on global investment-grade and high-yield credit indexes to insure against $71 billion of corporate debt.

A week later, major stock indexes plummeted on skyrocketing COVID-19 cases across the U.S. By the time the market hit its rock bottom in late March, Ackman had finished unwinding those hedges and reaped $2.6 billion in proceeds. 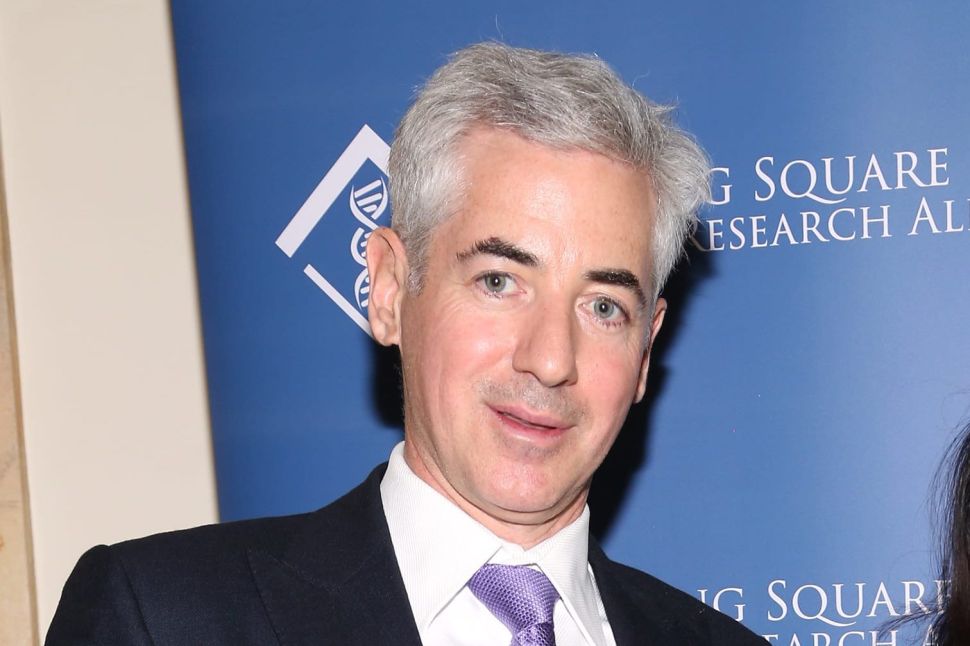