Professional art restorers do incredibly challenging work, which is why it’s so frustrating to those in the profession that only when something goes catastrophically wrong does the public tend to find out about it. Unfortunately, just such an instance has taken place yet again: a stone figure of a woman and her livestock that’s affixed to an early 20th-century building in the Spanish city of Palencia has been irreversibly maimed due to a botched restoration effort. News of the statuary disfigurement first leaked out through Facebook, where the painter Antonio Guzmán Capel posted photos of the figure’s new face. Just like the infamous Ecce Homo disaster before it, the Palencia sculpture’s visage now looks as though it’s melted into unrecognizable sludge.

Bafflingly, according to a Twitter post from Spain’s Professional Association of Restorers and Conservators, the alterations that befell the Palencia statue were “NOT a professional restoration.” With this latest blunder, one might find themselves wondering wondering why cultural artifacts within the confines of Spain are suddenly so frequently allowed to be ruined by people who’re unqualified to handle them. In June, a private art collector in Valencia was charged $1,360 by a furniture restorer to get his copy of Immaculate Conception by Bartolomé Esteban Murillo cleaned, and instead wound up with a completely ruined canvas.

Although it’s as yet unclear who exactly is responsible for what happened to the statue in Palencia, Maria Borjas, the vice president of Spain’s Professional Association of Restorers and Conservators, has clarified that this is not a new phenomenon, and that the public is generally aware of only a fraction of these occurrences. “We only know the cases that society denounces through the press or social networks, but there are many situations where the works are intervened by people who have no training,” Borjas told Europa Press in July. “The works undergo this type of non-professional interventions, which can cause an irreversible change.” He added that because of this danger, “Spain’s cultural heritage is in a fairly vulnerable situation.”

Art conservation experts in Spain have been pushing hard for the laws surrounding restoration processes to be tightened, so that such incidents don’t continue to take place. 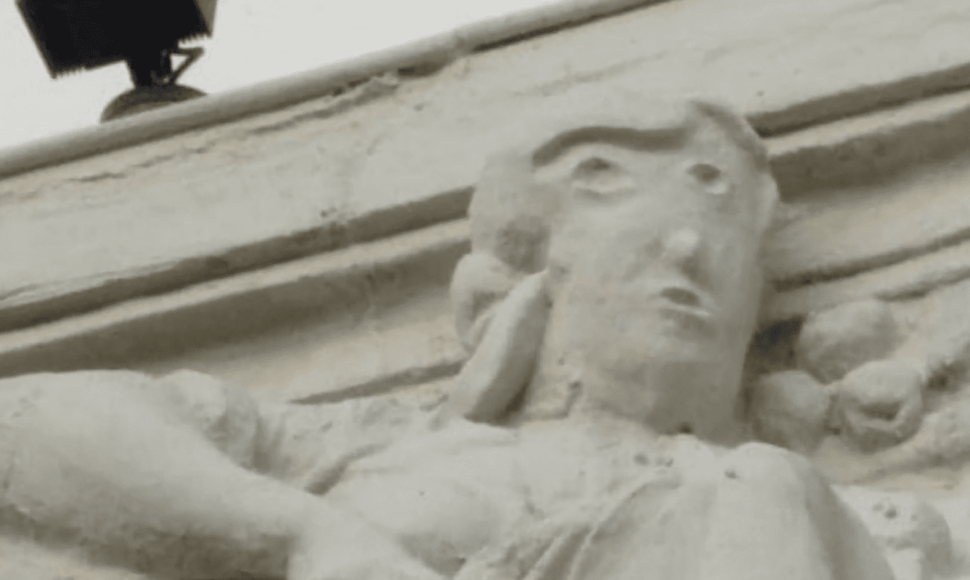