In 2018, the film industry reached new box office highs with an industry record $11.85 billion in domestic ticket sales. Last year, that number dipped 4%, but the global box office set a new record with $42.5 billion. If there was a way to Ocean’s Eleven that tidy sum away in a perfectly executed heist, we’d be the ones making next year’s blockbuster movies. Since we have neither the skills nor the resources to pull that off, sadly, we are reserved to merely discussing them. Sorry for letting you down, George Clooney.

After two record-breaking years, the coronavirus pandemic and resulting exhibition shutdown has decimated the film industry and crippled the box office. Most of 2020’s heftiest tentpoles have been moved into next year while others, such as Tenet and Wonder Woman 1984, will not have received a fair shake in release.

But in the age old mentality of what could have been, we spoke with box office experts to determine the biggest winners of 2020 had the pandemic never struck. This is how the balance of box office power could have played out this year.

Robbins, who expected a less fruitful return compared to the last two years, wonders if the pent-up demand for new blockbuster moviegoing may have inflated the upside of some of these features now scheduled to hit theaters next year. In a vacuum, though, he has a clear idea of how 2020 might have resulted.

“Top Gun: Maverick, Eternals, and Dune have always had/have breakout potential,” he said. “In general though, I’d have expected Black Widow to win the year globally, Wonder Woman 1984 domestically, and F9 internationally. One of the takeaways, in my opinion, would have been mild franchise fatigue and/or diminishing returns on brands that are becoming slightly overexposed with modern audiences, but a crowding of films earning very similar amounts throughout the year.”

Without a clear-cut favorite to lead the way such as an Avengers event or a Star Wars feature, the 2020 box office was always going to be something of a guessing game. The key was to evaluate which feature titles had the potential to overachieve behind the big brands such as Marvel and DC.

“There were always five,” Bock told Observer, “Wonder Woman 1984, Minions: The Rise of Gru, F9, Black Widow and Eternals. While not the slam-dunks we saw in 2019, these were solid prospects for hitting $1 billion worldwide. Behind them were No Time to Die, Top Gun: Maverick, Soul and maybe Ghostbusters: Afterlife or Morbius.

All of these films save Wonder Woman 1984 and Soul, both arriving Christmas, have been pushed into 2021. Of them, F9 poses the most interesting possibilities. The Fate of the Furious ($225 million) dropped 36% compared to Furious 7 ($353 million) at the domestic box office while Hobbs & Shaw earned just 23% of its total gross in U.S. theaters. It will be fascinating to see if F9 becomes the first movie to surpass $1 billion worldwide with less than $200 million domestic.

With Sony’s Bad Boys for Life ($427 million), Paramount’s Sonic the Hedgehog ($307 million) and Universal’s The Invisible Man ($130 million), the 2020 box office actually sprung to an unexpectedly hot start. Then the bottom fell out on what could have been another strong year. While a light downsizing was expected after two behemoth box office years, 2020 had the potential to be less top-heavy without an Avengers-sized hit, but more well-rounded with a number of high-upside features.

“In my view the films that boasted female superheroes were the most intriguing and had the greatest box office potential with both Black Widow and Wonder Woman 1984 generating massive buzz and pre-release interest,” Dergarabedian said. “Of course, blockbuster brands like James Bond, Fast & Furious, Minions & Pixar [Soul] would all have landed somewhere in my Top 10 for 2020 and of course Tom Cruise is always a box office top gun. And let’s not forget the Quiet Place sequel which certainly would have made its mark in 2020.” 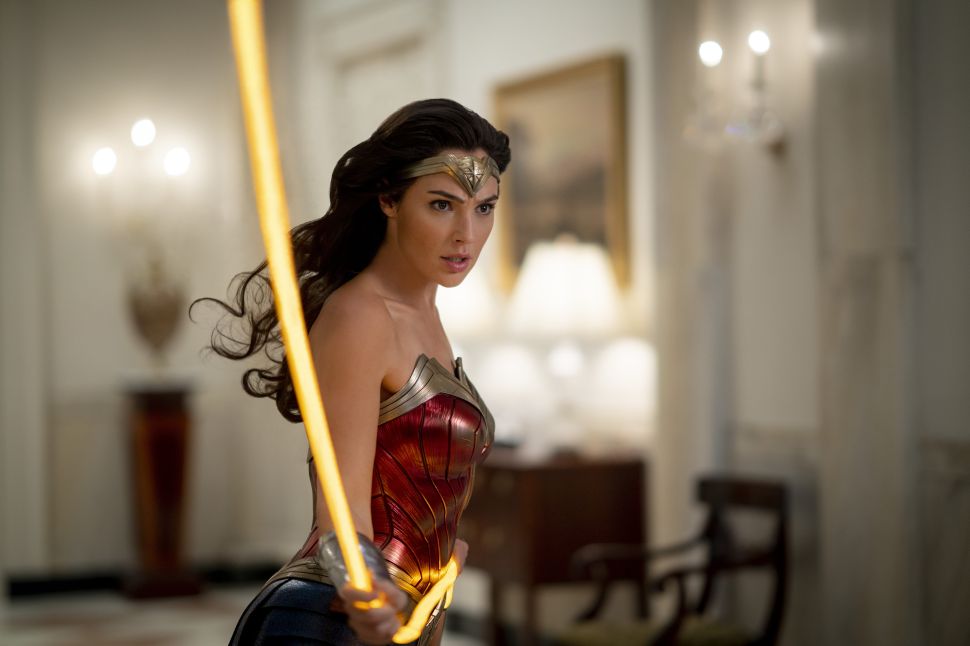