“I’m not your property as from today, baby/You might think that I won’t make it on my own/But now I’m/Stronger than yesterday!” Britney Spears declared on her 2000 hit “Stronger.” It’s a succinct statement of pop empowerment. Wealthy, celebrated singers like Britney are attractive, sexy and exciting because they embody and perform their own freedom. Britney’s art is about how she’s independent, and she’s independent because she’s in control of her own image and her own art. Most people, most of the time, spend their lives doing work they detest for little remuneration. But Britney gets paid to sing about her own strength. Her job is her liberation.

That’s the fantasy, at least. The reality is somewhat bleaker. Spears had a mental health crisis in the mid-2000s, and since 2008 she’s been under the court-ordered conservatorship of her father, James Spears. Britney has been trying for years to gain control of her own finances and career. “My client has informed me that she is afraid of her father,” her lawyer said in court this week. “She will not perform again if her father is in charge of her career.” Nonetheless, the court declined again to remove James Spears from the conservatorship, though at the singer’s request it did appoint the Bessemer Trust as co-conservator.

As Sara Luterman explained at the Nation earlier this year, Spears’ conservatorship gives her father far reaching and draconian control over her career. She has to track every expense for court reports reviewed by her father. She can’t make financial decisions or choose where to live. Her father can prevent her from marrying or even from spending time with people he disapproves of. “While most guardians are genuinely concerned for the welfare of their wards, others can be incredibly abusive, and there are few, if any, checks on their power,” Luterman writes. Once you’re in conservatorship, it can be fiendishly difficult to get out.

James Spears’s lawyer said the conservatorship was justified because Spears is no longer in debt and now has a net worth of over $60 million. The fact that the elder Spears is measuring the value of the conservatorship in money, rather than in terms of his daughter’s happiness and well-being, is disturbing. After all, it doesn’t do you much good to be a multi-millionaire if you can’t buy anything without someone else’s approval. Britney earned her money since 2008 by recording three albums, touring and performing. But she’s not in control of that money. She sings about freedom and self-actualization, and yet she is not free.

Britney’s situation is extreme. But many other stars have lost control of aspects of their careers and music. Taylor Swift’s former manager Scooter Braun has ownership of the master tapes of many of her early albums, which means he, not she, profits from licensing those recordings. Kesha has been trying to extricate herself from a contract with Kemosabe Records, alleging that the former label head and producer, Dr. Luke, sexually assaulted her.

If you go further back in history, you can find even more egregious examples. John Lomax, who managed folk and blues singer Huddie “Lead Belly” Ledbetter in the 1930s, took control of all of the singer’s money, including tips when he passed the hat at concerts. Lomax would dole out the money only for purchases he considered appropriate, establishing what was effectively a white supremacist conservatorship. In the ’50s and ’60s labels like Atlantic, Motown and Chess regularly used dubious accounting methods to bilk stars like Ruth Brown, Muddy Waters, and Sam Moore out of tens of thousands of dollars in royalties. Motown performer Mary Wells lost her home and car after she contracted cancer in the 1990s because her label had withheld royalty payments and didn’t provide her with health insurance.

The exploitation of artists is especially shocking because we see art not just as labor, but as personal expression. Taylor Swift’s music is part of her in a way that, say, a McDonald’s burger is not part of  the person who assembles it. When Lead Belly sings, “Goodnight, Irene,” it’s an expression of his self in a way it isn’t when a telemarketer asks you to renew your car insurance.

That’s part of why it’s so exhilarating when Britney sings, “I’m not your property as of today!” Singers model unalienated labor. They show what it would be like to make something freely, out of your own impulse and desire, and thus to own yourself fully. As scholar Matt Stahl writes in his book Unfree Masters: Recording Stars and the Politics of Work, the pop star “enacts forms of expression, autonomy, and desirability, seeming to encapsulate some of our society’s most cherished virtues and values.”

At the same time, though, Stahl writes, a pop star is “a political and economic actor, a working person whose contractually governed relationship to her company is sometimes one of real subordination.” Britney, Taylor Swift, Mary Wells, and ex-prisoner Lead Belly all offer listeners a vision of labor so unshackled that it sings. But that vision is an aspiration rather than a reality. We’re all still bound to a world where even the pop stars aren’t free. 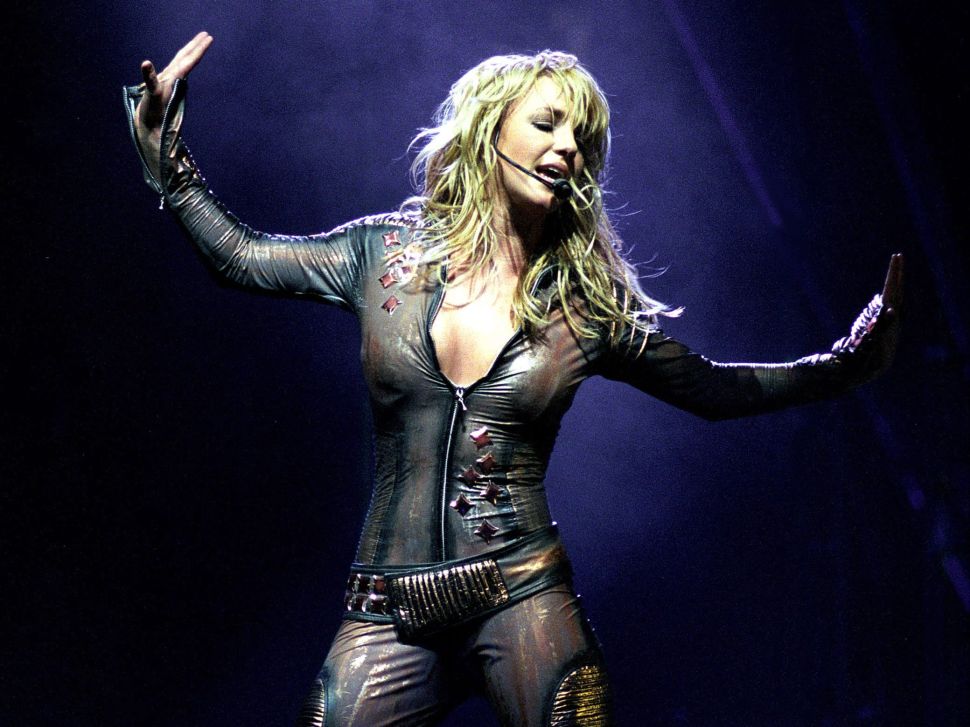