Every so often, a researcher or an art dealer or a historian pops out of the woodwork with a piece of art that they claim can be attributed to one of the most famous artists in the world. This week, Annalisa Di Maria, an Italian art historian, has come forward with a sketch that she believes to be an original, red-chalk drawing done by none other than Leonardo da Vinci, the Renaissance polymath responsible for the creation of the Mona Lisa. The sketch, which was most recently kept in a private collection contained within a bank in Lombardy, Italy, appears to be a somber rendition of Jesus Christ, who da Vinci famously captured in the painting Salvator Mundi.

The sketch, which is now in the possession of two art collectors from the Italian town of Lecco, has not yet been able to undergo a lengthy examination in Florence because of the ongoing coronavirus pandemic. This means that it may be some time before Di Maria’s claims that the sketch is an authentic da Vinci can either be verified or rejected. However, the explosiveness of her announcement will be certain to hasten the project’s completion by any means necessary. “The posture of Christ is typical of Leonardo, who rarely drew figures front-on but from an angle,” Di Maria told the UK’s Telegraph while explaining her find. “It has that dynamism and sense of movement that is typical of Leonardo.”

Additionally, Di Maria claimed that the features of the man in the drawing bear distinct resemblances to other work created by the Renaissance master. “The rendering of the beard is practically identical to Leonardo’s self-portraits, as are the eyes,” Di Maria continued to the Telegraph. “And the painting is in red chalk, which the artist used a lot, including in the sketches for The Last Supper.” Whether or not the drawing is found to have been made by da Vinci, experts have reportedly already been able to test the paper and determine that it dates back to the 16th century, which is certainly the same time that da Vinci was creating work. If the sketch is eventually verified as a da Vinci, it would certainly be one of the most monumental discoveries in the art world in recent memory. 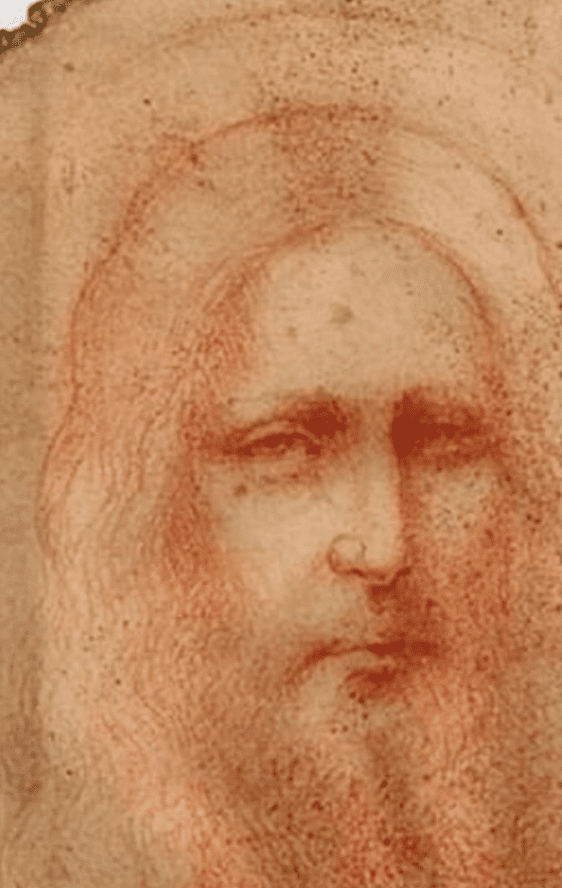