With movie theaters largely shut down in 2020 and blockbuster films rerouted to next year and beyond, major superhero franchises have been forced to battle for buzz in lieu of box office dollars. On that front, Warner Bros.’ DC Films has topped Disney’s Marvel Cinematic Universe thus far.

August’s DC FanDome—a free, eight-hour digital event in which DC Films debuted several shiny new trailers, behind-the-scenes looks, casting announcements and talent interviews—generated 22 million views across 220 countries and territories over its 24-hour run. The first trailer for The Batman, cobbled together after director Matt Reeves had shot just 25% of the film, has nearly 25 million views on WB’s YouTube channel. Zack Snyder’s cut of Justice League, heading to HBO Max next year, has dominated entertainment headlines in a multitude of ways. The news that Ben Affleck’s Batman will join Michael Keaton’s Caped Crusader in the upcoming Flash movie has opened up endless possibilities for the DC Extended Universe through the multiverse. Aldis Hodge joining Dwayne Johnson as Hawkman in Black Adam was a celebrated casting across Film Twitter. All of this has invited constant speculation and theorization from a passionate fanbase. That’s generated a net positive for the DC brand.

Arguably Marvel’s greatest strength is the interconnectivity of its shared continuity. But it is that episodic structure that has also hamstrung the franchise as its major productions have been forced to delay in a domino fashion to maintain narrative cohesion. Though the franchise may be too big to fail at this point, Marvel has been unusually quiet in 2020.

It was The Hollywood Reporter that first reported that Jamie Foxx will return as Electro in the untitled Spider-Man 3 film (which has generated its own multiverse-related speculation), not Marvel Studios. Confusion continues to surround Tatiana Maslany’s potential casting as She-Hulk without any official word from Marvel HQ. Oscar Isaac is merely “in talks” to play Moon Knight in the upcoming Disney+ series, according to TheWrap. Meanwhile, we haven’t gotten a second look at WandaVision since September’s trailer nor have we been given an actual release date. Marvel’s marketing and promotional division has been radio silent for the most part.

This Friday was meant to mark the release of Marvel’s star-studded Eternals. Thanks to COVID-19, it is now scheduled to hit theaters next November with Shang-Chi and the Legend of the Ten Rings slotting ahead of it in July. While both release dates remain far out on the horizon, why not give fans something to get excited about? Building long-term interest should be the priority in the absence of actual product, especially as DC has generated a whirlwind of positive attention this year.

Eternals wrapped filming back in February and Shang-Chi just completed shooting last week. An exclusive first look at the former was shown at Brazil’s CCXP in late 2019, yet the public is yet to see a trailer. Yes, we’re still 12 months out, but the only update we’ve been given on the film in months is a new logo. An official glimpse at Angelina Jolie, Richard Madden, Kumail Nanjiani, Brian Tyree Henry, Salma Hayek and Kit Harington would be an immediate PR boost. Shang-Chi is a similarly hyped tentpole and yet we still have no idea who the majority of the cast is playing outside of Simu Liu (Shang-Chi) and Tony Leung (the Mandarin). Providing clarity and a public look would only increase audience excitement.

Perhaps Marvel has a grand marketing plan in mind to relaunch the hype machine and draw attention to the MCU brand once more. But for now, their dormancy is a head-scratcher and an unnecessary window of opportunity for the competition. 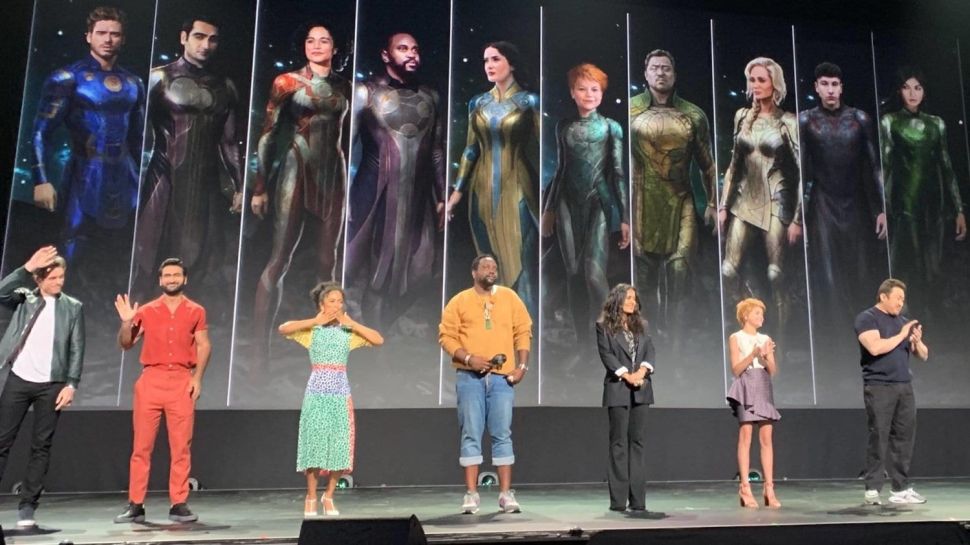