On Thursday, the Walt Disney Company reported its fourth quarter earnings and while the results were better than expected, perspective is relative in a global pandemic. Parks, Experiences and Products saw a 61% dip in revenue year-over-year while Studio Entertainment fell 52%. To quote Mad Men, that’s “Not great, Bob!” The lone bright spot was Disney’s Direct-to-Consumer and International division, which actually rose 41%.

The Mouse House’s streaming efforts are soaring in lockdown with Disney+ surpassing 73 million paid subscribers after just one year. Much of that growth can be attributed to the worldwide popularity of blockbuster Star Wars series The Mandalorian. But as we’ve previously explored, Disney+ needs far more than one breakout hit if it truly wants slay the streaming leviathan that is Netflix.

A lack of must-watch content outside of Disney’s core kid-friendly target demographic has been an issue for the streamer. Disney+ fell behind rivals Netflix, Amazon, Hulu, and HBO Max in streaming share in Q3, according to Reelgood. That platform has also not had a single title chart in Nielsen’s top 10 digital offerings from August 17 to October 18 outside of Mulan. On top of that, Season 2 of Amazon’s The Boys opened bigger than Mando Season 1, per Reelgood.

Disney+’s U.S. share of demand for digital original series peaked in December 2019 when The Mandalorian aired its season one finale, according to data firm Parrot Analytics. It accrued a 7.6% demand share for digital originals then but has not returned to that level since. New originals like WandaVision (premiering January 15) will be important to maintain and grow its share of demand as well as its raw subscriber totals. Remember, hours watched is a key metric for streaming services and one where Disney+ has lagged behind. 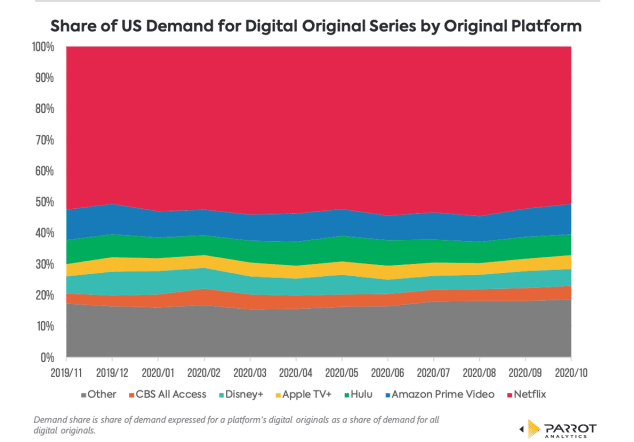 The Mandalorian is Disney+’s flagship series by a wide margin, according to Parrot’s data. The next biggest release in terms of audience demand—which is measured across video consumption, social media engagement, research actions, and piracy—is High School Musical at 19x the popularity of the average TV show in the US, for the 60 days post-premiere.

This year has failed to deliver a breakout TV hit (discounting films such as Hamilton and Mulan) on par with Mandalorian. In 2020, the most successful Disney+ original has been The Right Stuff with 8 times the demand of the average TV show in the US. The other leading contenders leave much to be desired, especially when you consider that Netflix’s 10th most popular show over the last two months is The Haunting of Hill House with nearly 23x the demand of the average U.S. show. 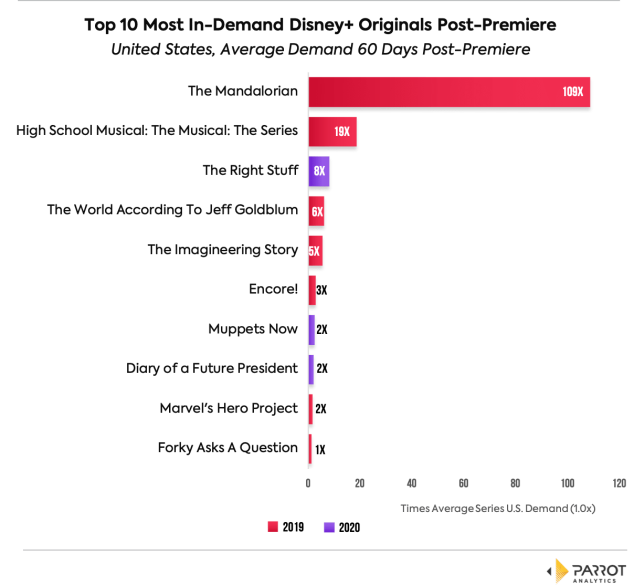 Put simply, Disney+ has a thin library of attention-grabbing original series when compared to its rivals. Much of this is offset by its blockbuster catalog of pre-existing franchise material such as Marvel, Pixar and Star Wars. But it is exclusive originals that drive subscription growth long-term.

Parrot Analytics has been tracking U.S. pre-release demand for WandaVision and has found that the show thus far has managed to attract the equivalent of 64% of the pre-release demand of The Mandalorian. This matches up with another emerging pop culture theory. Though imperfect, a correlation between online trailer views and box office success has materialized in recent years. The September WandaVision trailer surpassed Infinity War in terms of first 24-hour views with 53 million. We’ll know if the theory applies shortly after the Marvel miniseries arrives.

Raw subscription growth isn’t enough for Disney+ to dethrone the incumbent king of streaming. Engagement, reduced churn, and in-house growth will also determine the future of the service. On that front, WandaVision represents an opportunity for Disney+ to deliver just its second must-watch original TV series and leapfrog the competition in terms of consistent usage. 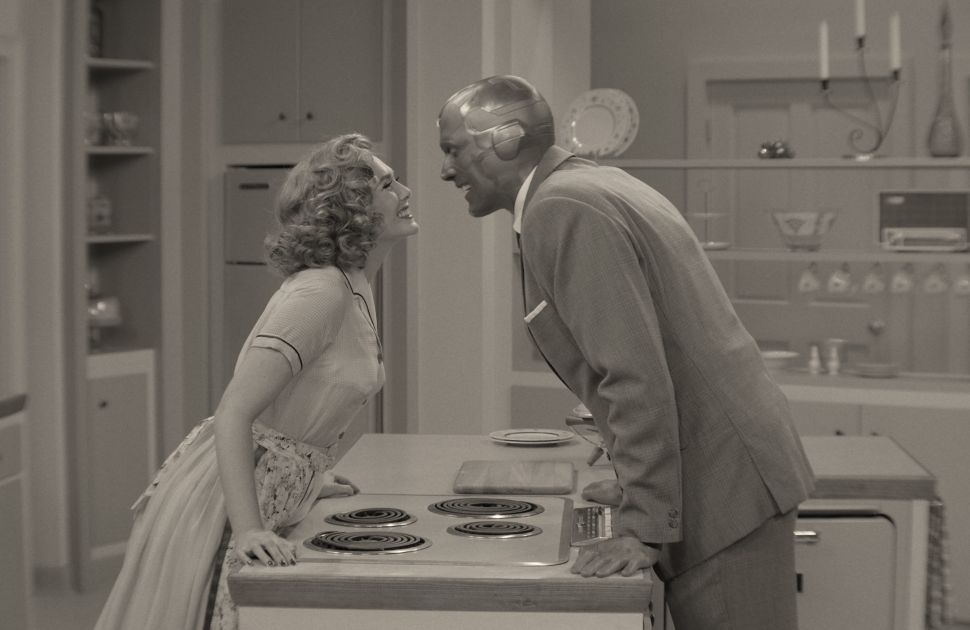