Eartheater, the debut novel by Argentinian activist and writer Dolores Reyes, is billed as literary fiction. But it has many of the hallmarks of the YA genre. Its appealingly precocious young narrator has special powers that she uses to perform heroic acts while pursuing a parallel romantic plotline. Reyes takes these familiar elements and breaks them apart, reassembling them into a fragmented narrative about trauma, violence against women and children, and a journey into an adulthood which is also the land of the dead.

The protagonist of the novel is a never-named young girl living in an Argentinian slum with her brother, Walter. The protagonist’s mother has died by violence, possibly killed by her father, who also leaves the children. Living with the death and absence leads the narrator to start eating earth; she discovers she has the ability to see those associated with the ground she consumes, whether they’re dead or alive. Her powers terrify and alienate many in the community; speaking for victims and the marginalized is dangerous and frightening. Her father’s sister, her caretaker, leaves her and her brother orphaned. Her boyfriend flees too. Others, however, start to come to her to find their lost loved ones, leaving jars of earth in her yard along with notes and painful hope.

Much of the narrative is a series of investigations, with Eartheater as a kind of psychic Encyclopedia Brown. But where Encyclopedia keeps his sneakers firmly anchored in fact, the Eartheater lives on the border between vision and reality, with the barrier between internal and external outlined by the mud on her lips. The prose shifts seamlessly from the clarity of everyday realism—eating, shopping, playing video games with friends—to the clarity of nightmare. Death is always close enough to touch, or eat. “I saw Florensia, maggot-ridden like a sickly heart, her hair a spiderweb that peeled off her skull.”

Walter is a stable touchstone, but otherwise names flicker in and out of the narrative, passing across her mind and out, or underground. Eating earth is a metaphor for trying to stay grounded, and to stay connected with the lost. At the same time, it’s a symbol for madness, mental illness and PTSD. The narrator puts her hands in the soil, but the globe still turns out from under her as her her fingers scrabble in it.

Time in the novel moves in odd fits and starts. The narrator at the beginning of the book is in her tweens. She moves into her teens without specific time markers, and without much change in her voice or monologue. One day she’s in middle school, and then all of a sudden she’s drinking beer and having sex with a cute young police officer who brings her a missing persons case. It’s a disorienting demonstration of how quickly children mired in poverty and violence have to grow up. One of the most memorable and oddest images in the novel is of too fecund and sudden maturation, as the weeds outside the narrator’s house flourish untended. She imagines that “the passionflower would swallow up our crib like a carnivorous plant,” her home disappearing into luxuriant and cancerous eternity.

The speeding up of change and growth also gives you an eerie sense of watching the narrator from somewhere outside of time. Throughout the novel, she dreams of Señorita Ana, a teacher murdered when she was young, who’s body she had helped discover. Ana stays the same age as the Eartheater grows older, so that it’s as if the narrator is carrying her own death with her, changeless, as she walks towards it.

The novel’s storyline is episodic and uncertain, and the end offers little in the way of resolution. A new character shows up in the last act, an old one returns without much explanation. Ominous prophecies are half-fulfilled and half left hanging. There’s some sense of escape, but the earth is everywhere, and while you can walk away from some violence, there’s likely more waiting up ahead.

Eartheater doesn’t always balance its genre impulses and more lyrical and metaphorical approaches. There’s an action fight sequence towards the end in particular that seems ill considered and out of place. And throughout the book there are some odd phrasings and word choices that may be problems with the translation by Julia Sanches. For example, the narrator refers to people she doesn’t like as “yokes.” The term seems like it’s supposed to mean something like “jerk”, but it doesn’t have much meaning or resonance in English. It’s not clear if it’s untranslated from the original slang, or if it is translated oddly, but either way it doesn’t seem like a successful choice.

But putting aside such minor missteps, Eartheater is a sad, strange little novel about the trauma and cost of suffering, and speaking about, violence. In Reyes hands, this coming-of-age novel flowers into a meditation on death, and the earth all children will eat in the end. 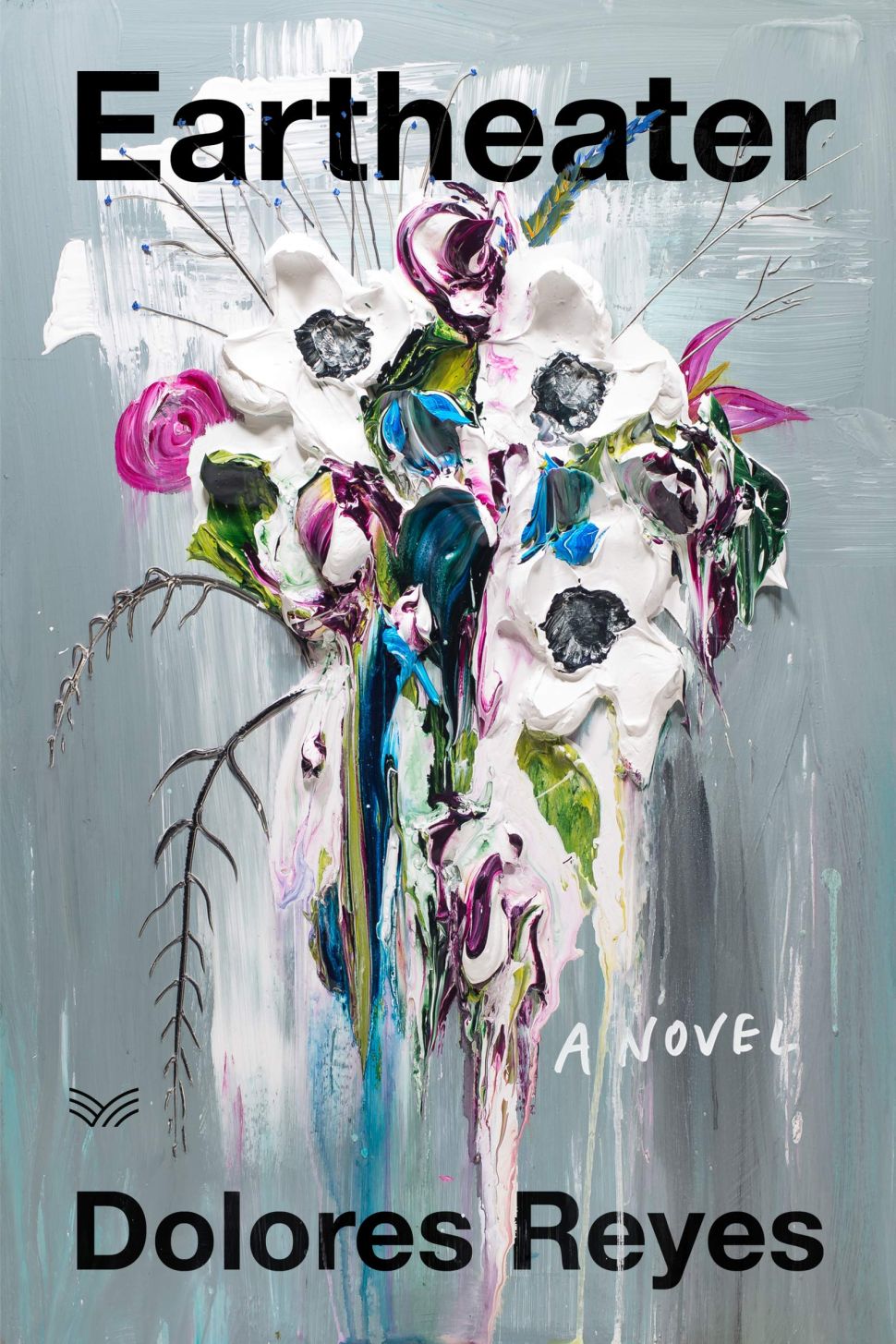