Drea de Matteo—the Queens native who shot to fame in 1999 when she began playing Adriana La Cerva, the beautiful New Jersey mafia babe on HBO’s The Sopranos—has been in quarantine at her home in Los Angeles for months. She has been sheltering in place with her two children and new beau Robby Staebler, founder and drummer of Nashville-based All Them Witches, a psychedelia-inflected alternative rock and roll band. And like many creative people who found themselves stuck inside and forced out of work, indefinitely, with little to no paying gigs ahead of them, De Matteo found new projects to focus her energy on.

One such project is De Matteo’s debut as a director—of All Them Witches’ newest music video for their single “Rats in Ruin.” Taken from the band’s sixth album Nothing Is the Ideal which was recorded at Abbey Road Studios in London, the track is over nine minutes long with a three-minute instrumental interlude. “Rats” was written by vocalist Charles Michael Parks Jr., who rarely shares the meaning behind his lyrics so as to leave them open to listener interpretation. The tune features molasses-dipped guitar riffs and drum beats paired to Parks Jr.’s raspy, touching vocals. It’s an evocative song, and De Matteo’s directing shines through the hazy track with an emotional and prescient visual journey.

The “Rats in Ruin” music video-cum-short film, which Staebler also helped co-direct, is narratively multifaceted, highly referential and filled with of-the-moment metaphors. Filmed on the grounds around De Matteo’s L.A. home, it was shot in late spring 2020, as the first wave of COVID-19 hit California. It stars De Matteo herself, Staebler and De Matteo’s young son Blackjack. Representing three pillars of existence, the quarantined trio play Mother Earth (De Matteo), Mankind (Staebler), and the Future (Blackjack). At first a happy, frolicking family, we watch as Mankind eventually turns his back on Mother Earth and the Future, leaving them alone in a hostile world. Mother Earth becomes a single mother, desperate to have her family together again and fearful of the choices the Future will have to make in a world without Mankind’s guidance. An allegory for the breakdown of the nuclear family, increasing climate change, the modern obsession with progress, and much more, De Matteo admits this is a work of activism.

“I’ve been calling what’s happening now the ‘I Can’t Breathe’ era,” De Matteo tells Observer over an exclusive Zoom video interview. “There were lots of ways this film could have gone. From COVID-19 to the wildfires to the social division to the political fighting, it just feels like the whole world is on fire.”

She continues: “You know, everybody wants to pick a side right now, and I feel like… You know what, man, there isn’t a fucking side! We need to find a way to come together, to stay together. How many families are destroyed by man’s need to choose a side, state their independence, and follow progress wherever it’ll take them? I had parents that were together, but my kids are growing up with parents split up. So I’ve seen firsthand what it does to little kids, and what it does to their mental state. It trickles out into everything, every choice they make, to a degree. And that affects the rest of the world, forever.”

The “Rats in Ruin” video certainly benefited from De Matteo’s work at the helm; her years of film and television experience on roles like The Sopranos, Sons of Anarchy and Desperate Housewives lend a polish to All Them Witches’ gritty rock ‘n’ roll vibes. Shot on 16-millimeter film, the post-apocalyptic aesthetic and appropriately dire narrative content evoke the feeling of a cataclysm just waiting to boil over, which makes it a timely release in a contentious election season. However, De Matteo keeps the story engaging by transposing stock footage of colorful blooming flowers over scenes of blight, using an eclectic group of props and visual cues, and styling the players in fashionable costumes and accessories.

And the young Blackjack, a credit to his mother’s acting background, is a natural in his scenes, especially those he shares with her. For such an inexperienced actor, he’s able to handle the heavy issues and adult themes present in the song and video.

“Blackjack is such an amazing human,” De Matteo says as her eyes light up on our screen. “He told me he actually started crying when we were filming the shot of me being put back into the earth. I had to explain to him that I wasn’t dying, it was a metaphor for trying to find a new root system for the world, a replanting, regeneration.”

The themes of the short film, she seems to realize, directly apply to her son’s own future and the challenges all children must face as they grow up. “We learned so much from working with him and he learned so much too. I want him to realize that when bad things happen, life is not over. It’s an opportunity to grow. Even in a seeming death, it’s an opportunity for growth,” she says. “So when he’s laying this person into the ground, what is he going to do with that experience? Is he going to further destroy the world, or make steps towards making this world a better place? And this is the premise behind everything I do as a mom.”

As for Staebler, a musician who experienced the art of directing with prior music videos for All Them Witches, co-directing “Rats in Ruin” with an Emmy-winning TV and film star like De Matteo was a new experience.

“It was a first for me!” Staebler recounts enthusiastically. “It had its ups and downs. It was definitely a little stressful because I don’t think at all in the way that she’s thinking about how to film or what to do. I’ve always just grabbed a camera and I’m like, ‘Cool, go stand over there. I think that looks good.’ Haha! But when she’s behind the camera, it was very specific, like with marks and timing and closeups and all that kind of stuff. But obviously it worked out well, because it looks incredible.”

“It was interesting, being director while also playing a part the whole time,” reflects De Matteo. “[Staebler] would be filming, and during a scene I’d start crying as Mother Earth, because of what was going on for her as a character… and he’d cut the camera right in the middle of it! And I’d be like, ‘Dude, I’m crying. Why are you cutting now? You’re supposed to stay really close to my eyeball while I’m crying. That’s how you get these great shots!’ Haha!”

And what’s next for De Matteo?

“I’d love to direct a full feature film soon,” she tells us. “My pet project right now is Pleasant Avenue, about my mafia-connected family and midwife grandmother in 1950s Harlem. It’s dark and funny and I’m really excited for it,” she says.

“Eventually, I’m sure that’ll be the thing that pulls me out into the world again, back to New York City,” she laughs to herself, before finishing her thought, “if I have the balls to do it!” 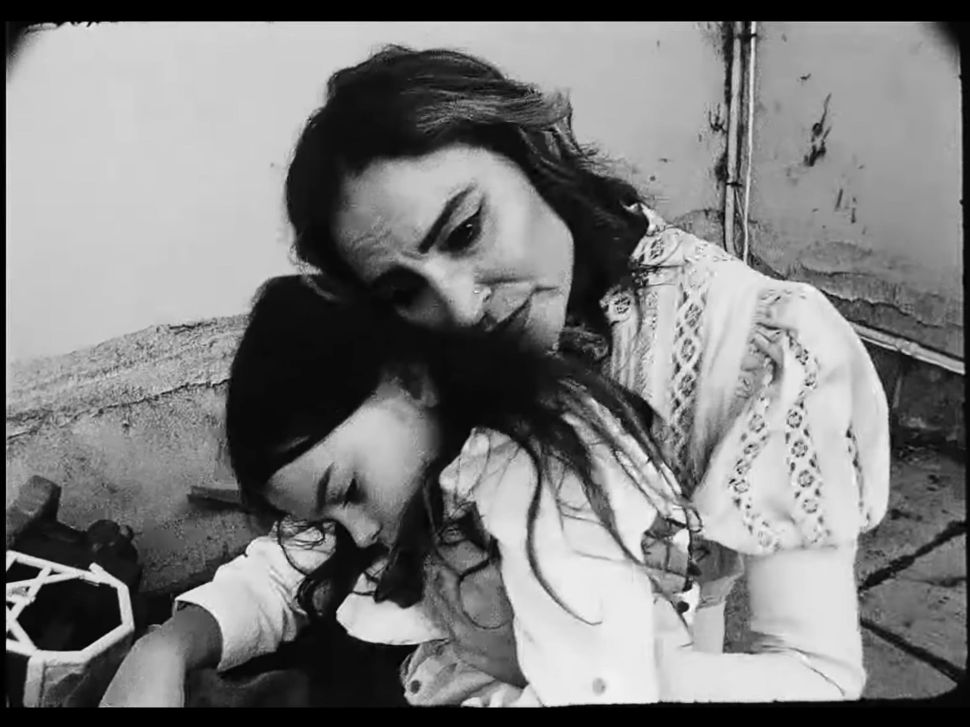