Tesla CEO Elon Musk has famously said that creating the infrastructure for mass manufacturing automobiles is extremely hard. After over a decade of financial and operational ups and downs, his company has established the EV industry playbook of building not mega, but “Giga,” factories around the world, making as many of the same cars as possible and delivering them globally.

But that formula doesn’t apply to all electric vehicles, says Avinash Rugoobur, president of Arrival, a five-year-old EV startup based in London, U.K.

Arrival specializes in commercial vehicles, aiming to electrify delivery vans and buses in the world’s busiest cities. But, to achieve that goal, the company adopts an approach completely opposite to Tesla’s: assembling vehicles in “micro-factories” small enough to fit into suburban warehouses.

That approach has already met with some success. The company was valued at $3 billion in its latest funding found. UPS, which is also an investor, has committed to buying up to 10,000 Arrival electric delivery vans for its fleet in a deal possibly worth $500 million.

Earlier this month, Observer interviewed Arrival’s President Rugoobur, where he discussed the ins and outs of the company’s micro-factories and why he believes it’s the best setup for electric vans and buses.

In your media releases and marketing material, Arrival emphasizes affordability, which is a major challenge facing almost every EV maker in the market. How affordable are Arrival vehicles? And how do you achieve that price point?

Our vans and buses are in the same price range as a comparable diesel vehicle. And you have the added benefit of lower total cost of ownership, not only because it’s electric, but also because you can upgrade the vehicle over its lifetime. And because of the skateboard structure and the way our patented composite material work, we expect significantly less need for repair throughout a vehicle’s life span.

What’s special about that patented material? Can you give me an example of it needing less repair?

Our composite material is extremely durable. For example, in a collision at around 20 miles an hour, our composite doesn’t even dent and you can continue to drive the vehicle, whereas steel would bend or scratch. As you can imagine, most commercial vehicle accidents in urban areas happen around that speed.

Our material is also significantly lighter than steel, so the vehicle has better range efficiency. When you add all of this up, I think our main USP (unique selling proposition) is that, for the same price as a gas car, you get a greener and easier-to-use vehicle that has a longer range.

Most new EV companies are eyeing the passenger car market, for the obvious reason that it’s a bigger and proven by the success of Tesla. Why did you choose commercial vehicles?

We believe that commercial vehicles is where the inflection point of electrification will happen. It’s growing rapidly but underserving. Obviously, demand has gone up because of COVID-related delivery business. But also, public transportation is shifting to electric.

But it’s a sector that hasn’t been cared about much by traditional automakers. Most of them are simply rehashing a 10- to 15-year-old architecture when going electric. They just replace engines with batteries in a vehicle that was never built to be electric in the first place.

Arrival has a unique manufacturing process called “micro-factories.” Before we dive into what it is and how it works, I’m curious what’s the thinking behind adopting that approach instead of the traditional large-scale assembly lines?

In traditional auto manufacturing, because of the economy of scale, you need to have a really large, expensive factory that can produce hundreds of thousands of cars in order to get a positive profit margin. And each time you add a new product line, you need to invest billions of dollars to upgrade the factory and just keep going down that path.

We see the limitations of that approach with commercial vehicles. First, with a centralized manufacturing facility, you can’t customize vehicles for different customers. Buses, for example, are very city-specific. Buses that drive around in London are different than those in Mumbai. We need a manufacturing system that can create solutions for different cities.

The CapEx (Capital Expenditure) each time you deploy a new product is also a limiting factor. As a startup, you need to raise billions of dollars to start a traditional automobile factory. But, like I said, you’d be constantly fighting this battle between profitability and the demand side.

In a rapidly changing industry like the automotive industry, you need flexibility. You need to make the assembly line small so you can deploy new products anywhere. And within the factory, you need to be able to produce multiple vehicles.

How does the micro-factory work?

We design every bit of technology by the micro-factory approach. So from a blank sheet, every time our engineers release a new component, we need to make sure that our micro-factory can build it. This is critically important. Half of our team are software engineers who create all internal tools needed to validate that process. The other half is what I would call traditional auto industry plus robotics. For example, our components are designed in such a way that robots can assemble them easily; we don’t use welding, bolting or gluing.

Within the micro-factory, instead of assembly lines, we have cells. Each cell performs certain robotic operations. So, one cell may be responsible for bonding; another cell may do male female inserts. You can also change the order of these cells depending on what the product is. Therefore, you can produce multiple vehicles all in one factory.

What about capacity? How many vehicles can you produce annually?

We can produce 10,000 vans or 1,000 buses per year at each micro-factory. Our micro-factories can be fitted into existing warehouses. So we can just find warehouses near urban centers and convert them into new factories. When we multiply that up, we could actually get to the same production volume as a mega factory—with less than half the CapEx needed for a traditional auto factory.

When do you think the infection point of electrification will happen?

I think the inflection point will happen when the price point is right. And that’s what we are working on. Micro-factories allow us to create vehicles at any volume and still be profitable. We can do lower volume vehicles for a specific city. And as you start to branch out, you are democratizing electrification. 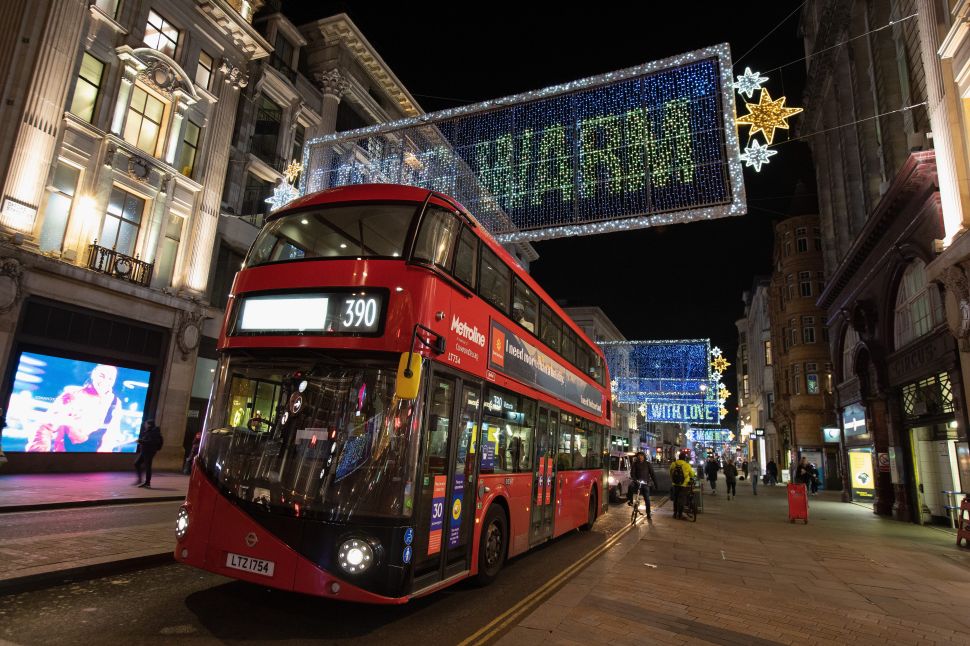