Playing Princess Anne on The Crown has been both a revelation and an all-consuming experience for Erin Doherty. The British actress, who was cast in the role for Season 3 and returns as the royal in Season 4, wrapped shooting earlier this year and has only recently been able to let go of the role mentally.

“We finished filming this literally a week before it all hit,” Doherty says, referring, of course, to the COVID-19 pandemic. “We just finished this in time. So I was working up until March. But since the whole world has been shut down I’ve equally been shut down. But because we spent so long on this show it was actually quite nice for the first part—I was having a nice little time unwinding from Anne. In my head it’s been a relentless two years.”

Before appearing on The Crown, Doherty, a prolific theater actress who studied at the Bristol Old Vic Theatre School, had small roles on Call the Midwife and BBC’s Les Misérables, but she’d never immersed herself in a role for as long as she’s spent with Anne. She calls it “one of the joys” of working on the Netflix series and says that spending two seasons with one characters has allowed Anne to become instinctive for her.

“You get to really, really know someone,” Doherty notes. “I feel like your subconscious starts to understand their subconscious when you’ve spent so long in someone’s shoes. My thoughts turned into hers, in the end, which was great. I had to drop all knowledge that she was a real person—the pressure is just too much. The show has to be an interpretation of her.”

She adds, “The first time around [in Season 3] I was just absolutely terrified by the people that I knew I was going to be in a room with, like Olivia [Colman] and Tobias [Menzies] and Helena [Bonham Carter]. Honestly, I feel like I spent the first year just trying to keep my cool. And then the second year I felt like, This is great! I can rock up to work and do the job. You let go of the fandom I had and you get to be a family, which is so integral to this show and why it is so fantastic. But it definitely took me a while to let go of my fear.”

One thing Doherty might not miss is Anne’s voice, a pinched, overly posh accent that seems unique to the British royal family. The actress used to walk around London practicing the voice, going so far as to order coffee in the accent to make it feel more normal. Her accent, which is nothing like the actress’s real voice, is based on hours of research on YouTube, as well as just letting it sink in to her performance.

“I don’t ever have to do it ever again,” she laughs. “Because no one speaks like that. But I’ve mastered it! After a year you didn’t even have to think about whereas before I’d be in my trailer going over the lines. This time around it was so joyous to just work instinctively because it was in me. It was part of my bones.”

Season 4, which premieres November 15 on Netflix, spans the late ‘70s through 1990 and explores the courtship and marriage between Prince Charles and Lady Diana Spencer, as well as looks at Margaret Thatcher’s long stint at Prime Minister. It’s a tumultuous era for Anne as well, particularly as her marriage to Mark Phillips begins to fail (the couple separated in 1989 and divorced in 1992).

“She’d come into Series 3 so strong I was excited to be able to show her vulnerability,” Doherty explains. “The sense that her marriage was crumbling beneath her feet and she had no idea what to do or who to hold on to. I read it in the scripts and I knew it would be my most favorite day on set. I had this scene with Olivia where Anne is basically asking for [the Queen’s] help and she completely breaks down and has to rebuild herself again. She doesn’t quite know how to deal with that aspect of vulnerability in herself. That’s in all of us and it just felt so fragile and raw. It was something I hadn’t seen in Anne before.”

Anne’s narrative arc is just one of many powerful moments for the show’s female characters, which include the additions of Emma Corrin as Diana and Gillian Anderson as Thatcher, and Doherty was especially gratified to be part of that.

“It’s loaded and packed with all of these incredible forces of nature that are these astonishing women,” Doherty says. “I feel so grateful to have been part of that lineup, with Anne holding her own in there. It’s been a joy and a real privilege to share the screen with these women. I wasn’t aware of the Diana years as a kid, so I knew [the show] was moving towards this thing but I had no idea what it would be.”

While some casting has been announced for Seasons 5 and 6, which will bring The Crown into present day, so far the production hasn’t confirmed who will take over the role of Anne from Doherty. The actress, who has booked her next project but isn’t allowed to discuss it yet, is eagerly anticipating the announcement, both because she’s curious about her successor and because she wants to be able to watch The Crown as a fan again.

“I’ve fallen in love with this woman and I can’t watch myself,” she says. “I just can’t. It’s not a fun experience. So I’m excited to watch Anne onscreen.”

Doherty, whose roots come from live theater, has spent the past few months in a play at the Chichester Festival Theatre, which has put on performances of the play Crave with virtual live-streams. The experience had made her hopeful that, despite the pandemic, theater will survive.

“I was absolutely gutted to see all these theaters and all these shows that were about to open—these incredible plays—close,” Doherty says. “I was gutted for the casts and these incredible buildings that churn out wonderful work that I find so inspiring that had to shut down. But I do have faith that artists will continue to mark work. There’s ways around it. If artists want to make work they will make work. I firmly believe we will be okay. You can’t get rid of plays. They won’t go down without a fight.”

The Crown returns to Netflix for Season 4 on November 15. 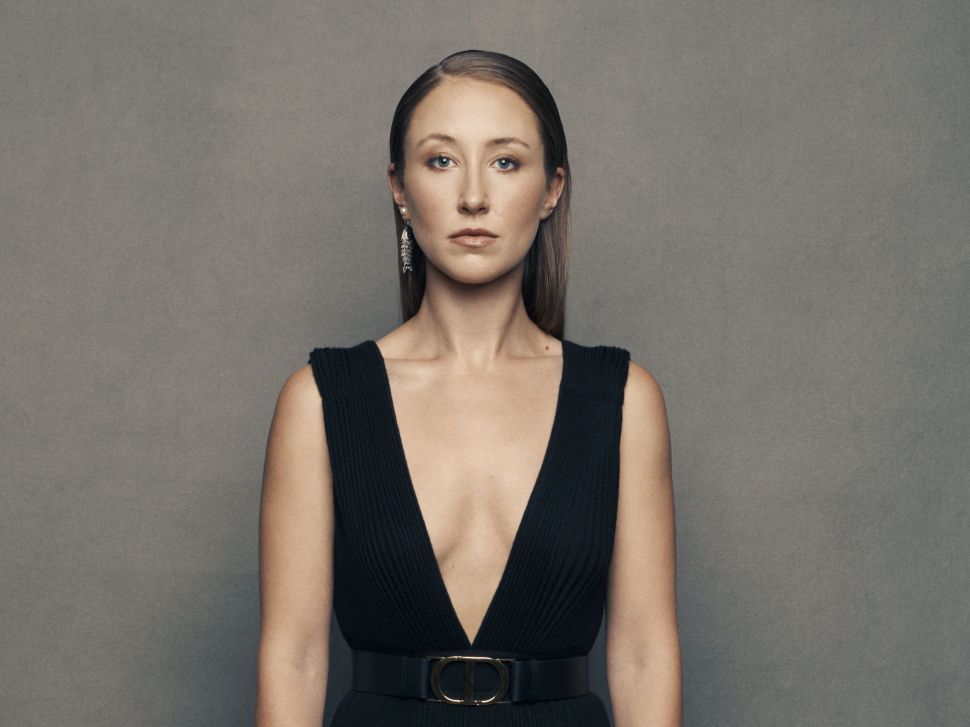