Electrification is changing the game plan for Detroit’s “Big Three” automakers. It started slowly and is now hitting the gas… so to speak.

The new investments alone will bring nearly 300 jobs between the two facilities (150 jobs in the Missouri factory and 225 in the Detroit plant.

Spurred by the stronger-than-expected consumer interest, Ford will also increase the production of the electric F-150 pickup trucks by 50 percent, which represents about 200 new jobs on top of the previously announced 300-person hiring budget for the electric F-150 line.

These projects are all part of Ford’s long-term goal to deliver “affordable, capable electric vehicles in the heart of the retail and commercial market rather than six-figure status vehicles,” said Kumar Galhotra, president of Ford’s Americas and International Markets Group, in a statement on Tuesday. “This is just the first chapter with more new electric vehicles and more investment to come.”

Ford’s rival, General Motors, is also gearing up for a hiring spree. On Monday, GM announced a plan to hire 3,000 engineers and tech workers over the next five months as it pushes to introduce more than 20 new electric vehicles to the U.S. market by 2023.

Most of the new positions are remote, allowing GM to find candidates from a national talent pool. “We’re going to look for the best talent we can get and work around whatever situations there are to get that talent,” said Ken Morris, GM’s head of autonomous and electric vehicle division.

Morris said most of the new jobs will be in production development and software engineering areas aimed to develop new vehicles virtually. Openings include electrical system engineers, control engineers, and developers for Java, Android, iOS and other platforms.

Both Ford and GM have flagship electric vehicles set to hit the road next year. Ford is in the final stage of mass manufacturing an electric version of the popular Mustang Mach-E. The vehicle is so impressive that the company’s chairman Bill Ford, Henry Ford’s great-grandson, reportedly refused to give it back after test driving a prototype.

GM recently unveiled an electric GMC Hummer pickup truck and a Cadillac Lyriq SUV, marking the beginning of electrification of two of GM’s most popular brands.

Below are the production status and delivery timeline for the most anticipated Ford and GM electric vehicles:

Mustang Mach-E : Available next month. Being assembled at a plant in Cuautitlan, Mexico.

Ford Transit van: Delivery in late 2021. To be made at Kansas City Assembly Plant in Missouri.

Electric F-150: Available in mid-2022. To be produced at the Rouge Electric Vehicle Center in Dearborn, Michigan.

GMC Hummer: Delivery in 2022. To be assembled at Factory ZERO in Detroit.

Cadillac Lyriq SUV: Delivery in late 2022. To be built in Spring Hill, Tennessee. 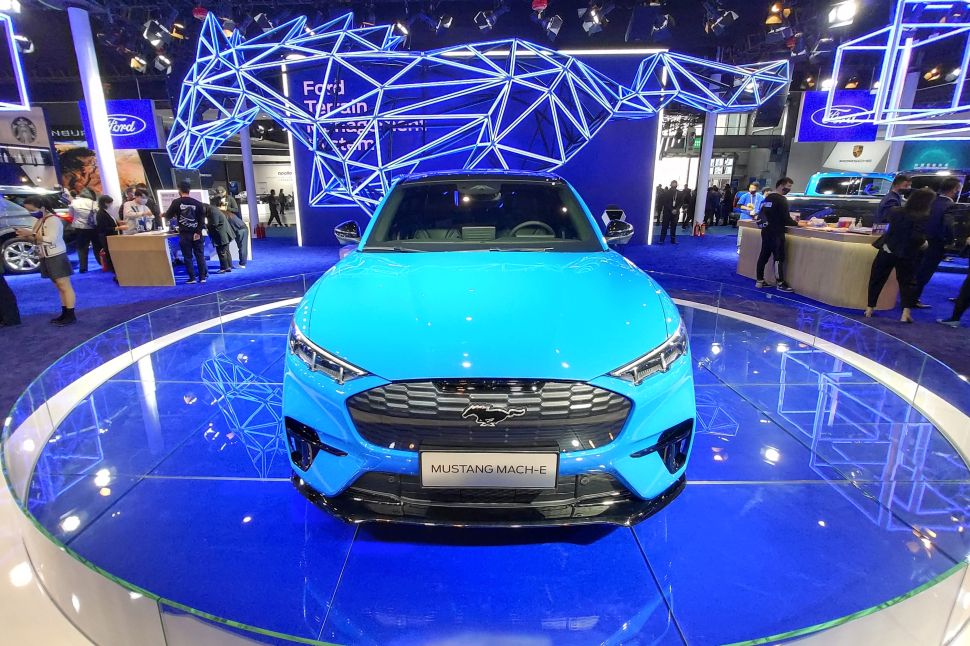