Disney has removed its last remaining two films from the 2020 calendar and Warner Bros. is expected to delay Wonder Woman 1984 yet again. What’s worse, the financial struggles the film industry is desperately hoping to survive are likely to extend into 2021. The National Association of Theatre Owners is currently lobbying Congress for a massive infusion of financial relief that, if denied, could result in the closure of 70% of the nation’s exhibitors by February.

Concurrently, the pandemic has accelerated the inevitable shift away from traditional entertainment and toward direct-to-consumer small screen business. Yet at the same time, increased health and safety measures have caused production costs to skyrocket. Any shutdowns forced by positive COVID tests compound the budgetary problem. At the same time, Netflix is leading the medium’s charge with trigger-happy cancellations and a focus on splashy new titles rather than long-running series. That’s a difficult mix to contend with when TV is already undergoing a blockbuster revolution. We’ve firmly moved away from the Peak TV Era  defined by smaller scale hits such as Mad Men and Rectify and we now find ourselves in the Appease TV movement where Marvel, Star Wars, popular video game IP and other high-profile brands occupy the primary focus.

Movie theaters will never go extinct as there will always be a home for communal blockbuster viewing (health and safety permitting) for films such as Avengers: Endgame. Yet with the theatrical industry facing a prolonged downturn and the rise of television over the last decade routinely snapping up movie stars, we may see a migration of money in Hollywood. Given all the above factors, big-budget limited and miniseries—HBO’s Big Little Lies, Amazon’s Homecoming, Showtime’s The Loudest Voice, etc.—may become the new dominant trend in entertainment as we wait for the world to stabilize.

“I can definitely see the big-budget limited series becoming a powerful trend in entertainment again,” Barna Donovan, a professor of communications and media studies at Saint Peter’s University, told Observer. “Such a storytelling format had been one of the most successful staples on television in the past, after all.”

The miniseries was a dominant part of network television in the late 1970s and throughout the ’80s. For the first time in the medium’s history, large budgets and top tier production values were being invested into the small screen product.  Donovan points out that, much like today’s big screen stars dabbling with TV, many of these miniseries featured stars from the Golden Age of Hollywood. Robert Mitchum (The Winds of War, War and Remembrance), Kirk Douglas (The Moneychangers), Olivia de Haviland and Gene Kelly (North and South), or minted new stars like Patrick Swayze (North and South) and Nick Nolte and Peter Straus (both in Rich Man, Poor Man) all embraced this storytelling mode. Ironic, then, that Matthew McConaughey’s celebrated turn in 2014’s True Detective, which arguably reignited this trend for the Peak TV era, would come to be defined by his view of the cyclical nature of the world: “Time is a flat circle.”

While the majority of the older miniseries were historical epics and love stories, sometimes even science fiction was able to garner smash-hit ratings, as was the case with the 1983 NBC miniseries V and its 1984 sequel V: The Final Battle. Today, science-fiction, fantasy, superheroes and all manner of otherworldly content has become the dominant mode of entertainment. Because miniseries are inherently finite, streamers and networks may not be investing as much into the final product as they would a traditionally long-running series. On the creative side, TV also gives filmmakers and creators the space to develop the kind of complex storylines and characters that a two-hour theatrical film cannot support.

“This kind of entertainment can provide a perfect combination of star-power and epic-scale storytelling,” Donovan said. “The scale of the storytelling is important and the key to the success of the miniseries since they would have the budgets for production values audiences wouldn’t usually see in an ongoing weekly TV series.”

Donovan points out that in the early days of this TV genre, certain miniseries could run for several months, as was the case with the 12-episode War and Remembrance. Often based on prestigious books like Irwin Shaw’s Rich Man, Poor Man, Alex Haley’s Roots, Herman Wouk’s The Winds of War and James Clavell’s Shogun, networks would tout them with tag lines like “We proudly present an ABC novel for television.” The scale of these stories would be comparable to what a theatrical film could offer, as is the case with Disney+’s Star Wars and Marvel series, yet they would have a clear story arc and audiences knew there would be an eventual resolution.

Netflix delivered Anya Taylor-Joy’s seven episode limited series The Queen’s Gambit to great critical reactions last month. HBO is currently airing Nicole Kidman and Hugh Grant’s limited series The Undoing. CBS All Access will debut miniseries The Stand later this year. With the 18 and under demographic preferring the short-form content of YouTube and Tik Tok to traditional entertainment, highly touted one-and-done series may better appeal to our collectively shrinking attention spans. Clearly, though, Grey’s Anatomy will outlive us all.

Prior to the pandemic, superhero films were one of the few consistently bankable box office genres, and even they weren’t always a sure thing outside of Marvel. The proliferation of at-home entertainment over the last 20 years has virtually squeezed romantic comedies, star vehicles, adult skewing dramas, and non-IP-branded concepts out of theatrical existence. What might happen if audiences eventually tire of the superhero stories? Aside from Star Wars, Hollywood hasn’t been able to provide much more in way of an alternatives for comic book films, save perhaps for an occasional James Bond film or a Fast and Furious film.

As such, limited and miniseries, either airing on a network or running on a streaming service, would be an ideal way for both audiences and creatives to try new attempts at epic-scale storytelling that can be accessed cheaply (a $6 monthly Disney+ subscription versus an expensive night out at theaters). Free from a years-long investment, it offers optimal access points for both the talent—there’s a reason McConaughey didn’t return for a second season of True Detective— and the viewer.

“Looking at the current state of film, streaming technology, and television, the timing is perfect for the new golden age of the miniseries,” Donavan said. 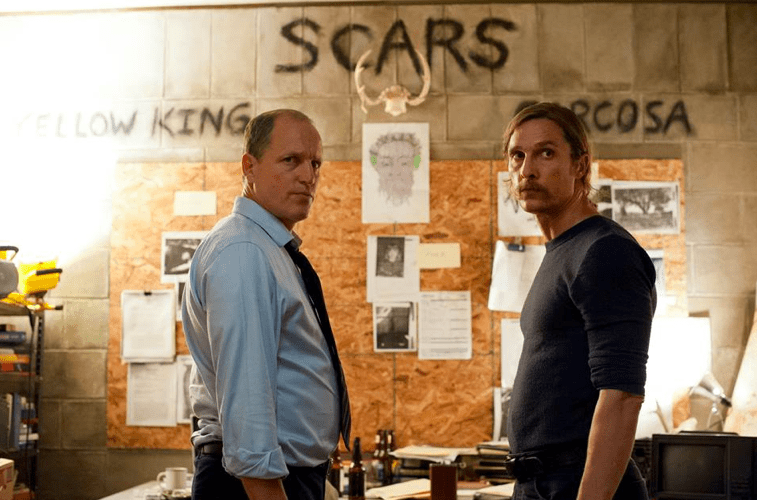