Though the slow burn of HBO’s The Outsider may have prevented momentum from reaching maximum levels, the show was always effective at constructing an evocative atmosphere of tension and curiosity. Excellent performances from leads Ben Mendelsohn and Cynthia Erivo kept you centered, even during the show’s more glacially paced moments, and a compelling otherworldly mystery garnered well-deserved attention. But despite a satisfying finale that cleverly set up a potential second season, this may be as far as we go with The Outsider.

On Tuesday, HBO reportedly put The Outsider in turnaround after deciding not to proceed with a second season. MRC, the studio behind the series adaptation of Stephen King’s novel of the same name, is now pitching a second season on the open market. It’s a curious turn of events for a popular series with tremendous upside for a cable network still looking to beef up its programming slate.

While there always exists the possibility of behind-the-scenes motivations we’re not privy to, we can’t help but feel HBO President of Programming Casey Bloys may have mad the wrong call here (a rarity for him). The show averaged more than 8 million multi-platform weekly viewers, ahead of Damon Lindelof’s breakout Watchmen (7 million). Its finale scored 2.2 million multi-platform live viewers, earning the largest percentage gain (90%) from debut to finale of any HBO Original Series historically in its first season. From a commercial standpoint, The Outsider appeared to be a full-fledged hit.

Creatively, the series represented a golden opportunity for HBO to mine one of the most popular IPs in contemporary pop culture: Stephen King. Hulu took a stab at this with Castle Rock, which attempted to traverse the mythological scale and intimate character storytelling of King’s most famous works. It was a phenomenal concept with uneven execution; Hulu cancelled the series after two so-so seasons.

In its wake, The Outsider could become the connective tissue between King’s famous works, giving HBO a goldmine of source material to remix and a familiar franchise to excite fans. Imagine a continuous battle between darkness and light that touches on everything from Carrie and Salem’s Lot to The Dark Tower saga and Misery. A detective story that weaves in the supernatural elements of the defining populist novels of the latter 20th century. (There’s a reason why Peacock is aggressively marketing the fact that it houses the King-based Mr. Mercedes).

The Outsider writer and executive producer Richard Price reportedly developed a second season, which moves beyond King’s novel of the same name, with the author’s blessing. “It expands King’s universe, exploring the human, naturalistic and inexplicable with a sustained pervasive dread you can’t put your finger on,” per Deadline. HBO parent company WarnerMedia is already the home of the massively successful two-film It series and Ewan McGregor’s commercially ignored but critically enjoyed Doctor Sleep. The track record suggests that King material has worked well for them overall.

In 2019, WarnerMedia increased HBO’s budget by $500 million because it knew the premium cable network would be the bedrock of streaming service HBO Max. While Raised by Wolves and Lovecraft Country have helped boost the streamer, Max could still use an infusion of fresh must-watch content. A second season of a popular King-based show seemed to fit the bill. For now, we’ll just have to hope The Outsider pops up elsewhere on the small screen. 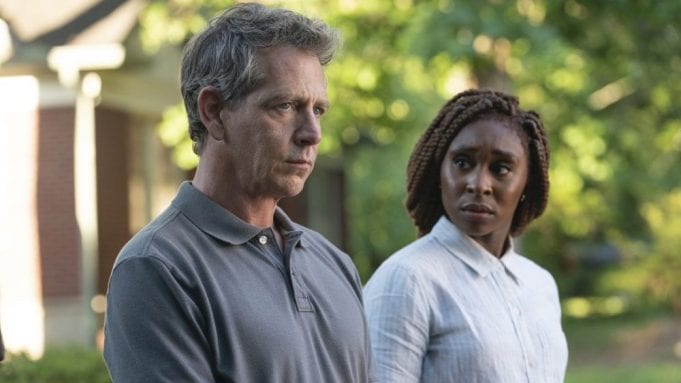