What a whirlwind week it has been for Wonder Woman 1984. First, Bloomberg reported that the highly-anticipated superhero blockbuster would stick to its current December 25 release date but arrive on HBO Max just a week or two later. Then, Deadline followed up by calling that report speculative and citing WB as still considering a number of options, including another outright delay for its theatrical release to summer 2021. Until the studio provides official word one way or another, all we can do is speculate on the speculation. Regardless, at least Gal Gadot got paid.

Under normal circumstances, Wonder Woman 1984 is a potential billion dollar blockbuster following the $821 million success of its 2017 predecessor. Of course, 2020 is anything but normal and studios are in desperate need of revenue. As media-entertainment conglomerates such as Disney and WarnerMedia restructure to prioritize their streaming businesses in order to compete with the Netflixes and Amazons of the world, speculation surrounding the delivery of high-profile content will continue to swirl.

To better understand how Wonder Woman‘s fate is representative of the greater ongoing entertainment shift and what it might mean for HBO Max should it come to pass, Observer reached out to a handful of box office experts.

Again, nothing is remotely official until Warner Bros. makes an announcement. Until then, all we can do is make calculated inferences. On that front, Robbins sees the financial crunch forced by the pandemic as a major driving factor behind 1984‘s potential arrival anywhere but movie theaters.

“I would posit that any hypothetical streaming move pertaining to a massive franchise like Wonder Woman shouldn’t be viewed as the new normal, but rather a forced-hand situation designed to generate revenue and appease jittery shareholders during an economic crisis,” he told Observer. “Those same shareholders are likely to be eager for the riches of theatrical distribution again when the pandemic subsides.”

Wonder Woman 1984 would undoubtedly provide a significant boost to HBO Max in the short-term, which it could use after a relatively soft launch. It would be the largest scale movie rerouted to SVOD and likely surpass Disney+’s Hamilton as the most-watched streaming movie of the year. However, Robbins points out that WarnerMedia would have to consider the churn effect, or how many consumers would subscribe to HBO Max to watch the film and then immediately cancel right after. There are also other considerations to take into account, such as WB’s existing relationship with exhibitors and filmmakers. Director Patty Jenkins pushed back against a streaming release just last month. It’s the type of multi-variable calculation going on throughout the film industry at the moment.

“I go back to the never-say-never clause because there is no normalcy right now and PVOD isn’t going away, but Wonder Woman isn’t Borat or Bill & Ted,” he said. “It’s high-stakes, and any shortened window or streaming release needs to be perfectly calculated and generally accepted by the entire theatrical ecosystem, or a high price will be paid down the road.” 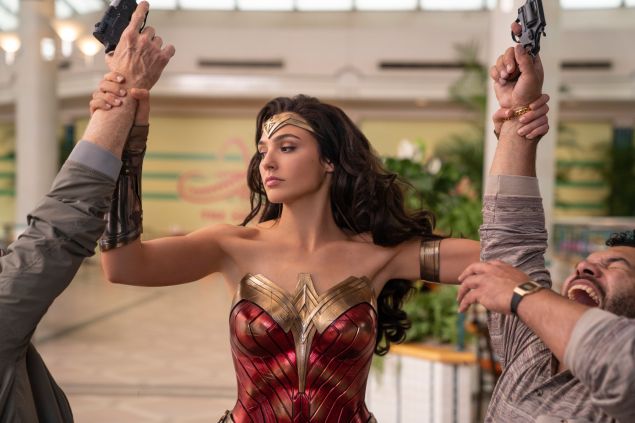 Bock is more bullish on the positives such a move could yield for HBO Max, especially as WarnerMedia makes a multi-billion dollar bet on streaming as the company’s future. With Netflix and Disney+ surging in the pandemic, he argues now is the time to make an aggressive power move.

“This is a big opportunity for WB to solidify their faith in streaming content,” he told Observer. “Go big, or go home. Dropping 1984 on HBO Max would be a huge statement for Warner, as they pivot at this critical point, and attempt to compete with Disney+, Amazon and Netflix. They certainly have a long way to go, but Wonder Woman would be a definitive, heavyweight prospect in the streaming fight.”

With theaters in New York and Los Angeles still closed, 536 domestic Regal locations also boarded up, and rolling lockdowns popping up throughout Europe, a near-future wide theatrical release doesn’t seem feasible. But if WB is intent on generating revenue and buzz, streaming is one of the few lanes studios can still succeed in during the pandemic.

“The film industry is in a transitory phase,” Bock said. “While we likely won’t see blockbusters, especially superhero films, go to streaming late in 2021, for right now, PVOD and streaming are the only sensible answers. Sure, a combination of theatrical and PVOD could work, with SVOD after a couple weeks, but exclusive theatrical just won’t cut it right now. The audience dictates that, and they have spoken loud and clear.” 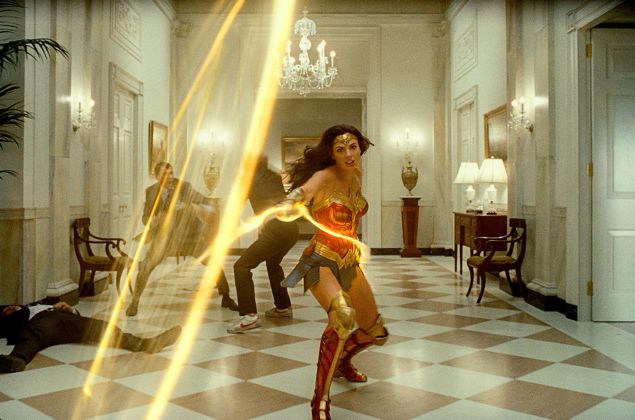 Beyond just the direct Xs and Os of such a decision, Dergarabedian recognizes how the conversation surrounding Wonder Woman 1984‘s release has become a microcosm for the rest of the industry’s shifts.

“The theatrical window has always been a point of contention between distribution and exhibition,” he told Observer. “Theaters want longer theatrical windows and the prestige and exclusivity of that is sacrosanct in the business. But traditional models have been upended. With that knowledge and understanding, you can see why movies released since March have taken such unconventional journeys. The real concern with something like this is are they one-offs or is this the slippery slope that leads to this becoming the norm down the road?”

Dergarabedian believes that the unique releases of 2020 are stop-gap measures taken on a case-by-case basis depending on the type of film and filmmaker. While he recognizes the small screen arms race Hollywood finds itself running, he believes Wonder Woman 1984 can still be as significant of a subscriber attraction two months into its theatrical run as it can two weeks after its release. What he nor the rest of the industry know yet is how this will impact the commerciality of these properties on a longer timeline. The nature of the idea behind these franchises are becoming increasingly fluid in this non-traditional ecosystem.

“The most important question is can you put the genie back in the bottle if you take a brand and turn it into a streaming play,” he said. “Does it forever change the legacy of a film brand if it goes to streaming quickly? It might. I have nothing against the small screen and actually love it. But there are certain content properties, like James Bond, that are always considered cinematic big screen items. If you change that, does the consumer’s perception of the value of that content also change?” 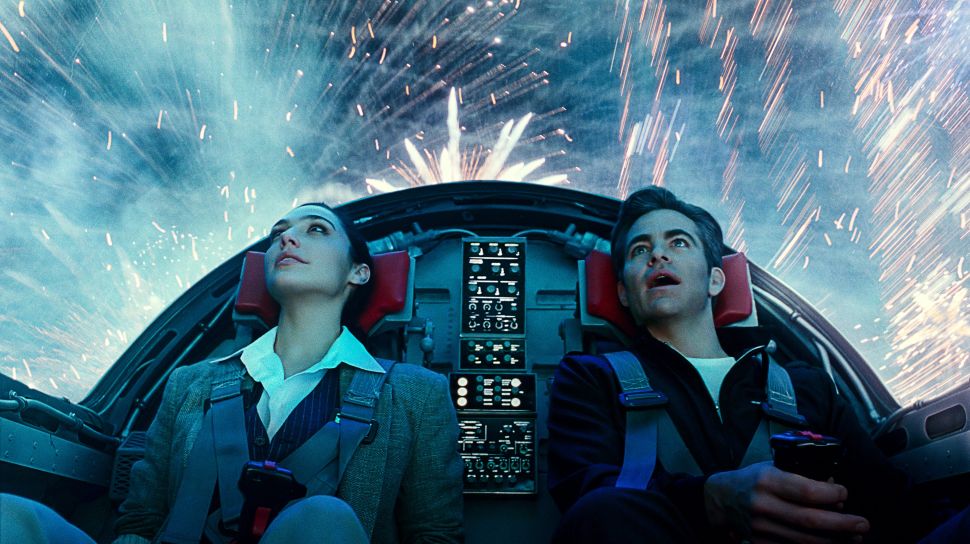