J.D Vance’s 2016 book Hillbilly Elegy is a reactionary exercise in shaming the poor disguised as a memoir. The new Netflix film  based on it and directed by Ron Howard largely dispenses with the ideological baggage to wallow in Oscar-bait Americana schmaltz. And yet, the ideological baggage remains, dragged about by characters spouting platitudes with teary eyes. The film intends to teach its viewers hoary lessons about struggle and overcoming adversity. Instead it’s a bleak lesson in the connection between Hollywood self-help empowerment and America’s smug, self-justifying stinginess.

Vance is today a wealthy venture capitalist and Yale law graduate. His family is originally from Appalachia in Kentucky; he grew up in Middletown, Ohio, in a solidly middle-class home, but spent summers back in the hills with his extended relations.

On the strength of that connection, his book makes sweeping invidious generalizations about the character of  poor white people. The collapse of manufacturing and the lack of good jobs isn’t really the cause of poverty, he insists. Rather, the problem with poor whites is that they are “reacting to bad circumstances in the worst way possible. It’s about a culture that increasingly encourages social decay instead of counteracting it.” Young men won’t work hard, he complains. As evidence, he tells one (1) story about some guy he knew when he was working in a factory who wasn’t incredibly eager to load tile eight hours a day for $13 bucks an hour. (Personal confession: I also would take as many bathroom breaks as possible if I were being paid just $13 bucks an hour to break my back loading heavy tile.)

The title story is mentioned in passing in the Netflix version of the series, but only off to the side; it’s not turned into an all-purpose explanation of What Is Wrong With Poor People. There is, thankfully, no such explanation. Instead, the movie focuses on J.D.’s own difficult family circumstances, and how he overcame them. It’s set in 2011, when Vance (Gabriel Basso) is interviewing for internships at Yale Law, with flashbacks to 1997, when his teenage self (Owen Asztalos) is dealing with family dysfunction. That dysfunction spills over into his adult life, when his mother Bev (Amy Adam) is hospitalized for a heroin overdose, and grown-up J.D. has to drive from New Haven to Ohio to help his sister Lindsay (Haley Bennett, in an understated and underrated performance) deal with the fallout.

As you can tell from that description, and as Matt Zoller Seitz notes at RogerEbert.com,  Hillbilly Elegy “is another entry in a sub-genre that could be labeled “Getting Out”—the story of a sensitive, intelligent, often creative person who grew up in deprivation and disharmony, amid generations doomed to repeat destructive cycles of behavior and never leave the place that formed them.” J.D.’s mom is prone to volatile rages, in which she screams at, threatens and sometimes hits her son. And that’s before she becomes addicted to pain pills, at which point things get much worse.

J.D. is rescued by his chain-smoking, foul-mouthed grandmother, Mamaw, played close to the line of caricature by an enthusiastically overacting Glenn Close. Mamaw was abused and abusive herself when Bev was growing up, but she’s become more stable in old age, and provides J.D. with tough-love structure and encouragement when he moves in with her. “You gotta decide if you’re gonna be somebody or not,” she tells him fiercely, after explaining that Bev was a smart kid who has allowed herself to come apart at the seams. Shortly thereafter we’re treated to a training montage of the formerly troubled J.D. working in a pharmacy, doing his math homework, and helping around the house—performing the self-discipline that allows him to become a lawyer, and eventually write the best-selling memoir which became this movie that you’re watching right now.

It’s a typical Hollywood story of pulling oneself up by one’s bootstraps and succeeding through grit and hard work and determination despite the odds. The American Dream of Horatio Alger soars with such bittersweet emotions that you barely notice all those non-Algers being tossed under any available bus. Mamaw running off J.D.’s friends with crass Polish jokes is presented as cute and necessary to J.D.’s advancement, rather than as abusive self-justifying stereotyping. The film has some compassion for Bev’s addiction, but it’s still treated more as a character flaw than a disease. Some people like Bev and Lindsey and that Polish kid don’t get out, because they don’t have the gumption and drive. Some people, like J.D. do because they’re smarter and work harder. Cue Hollywood soundtrack.

J.D. Vance’s poor-shaming in his book is really just the flip-side of Hollywood’s obsession with exceptional, iconic individuals who triumph over adversity. The myth of meritocracy has both stick and carrot. Vance’s book sneers at those who don’t make it, and his movie cheers on those who do. But the message is the same. You deserve what you get, and all outcomes are just in this best of all possible worlds. It’s that individualistic, rugged American attitude that has made us what we are today: a plague-ridden nation with a collapsing economy, unable to summon the collective will to help each other. It’s an ugly elegy, but, according to J.D. Vance, it’s the one we deserve. 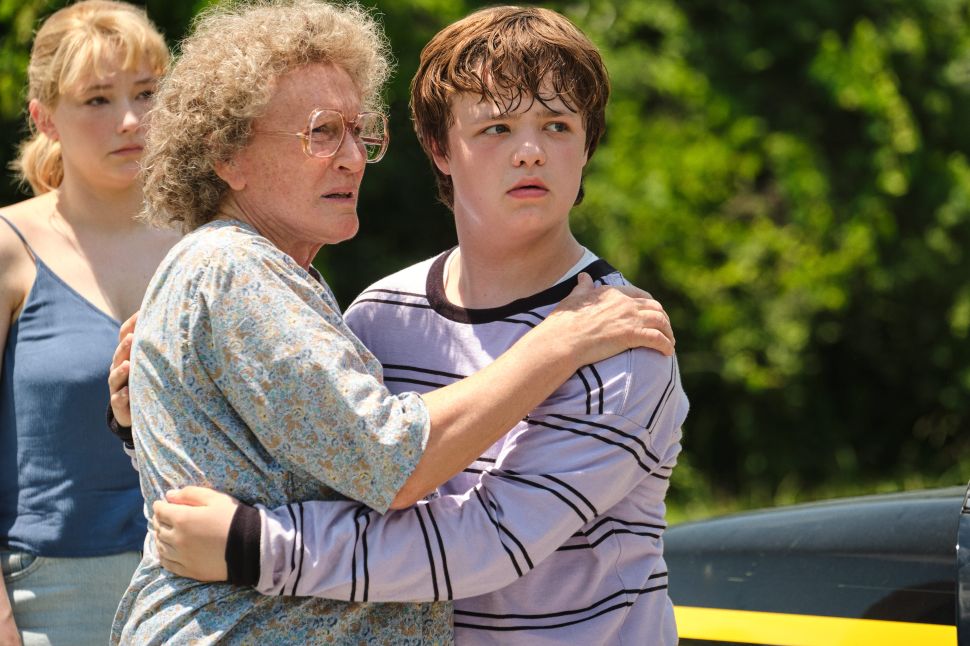