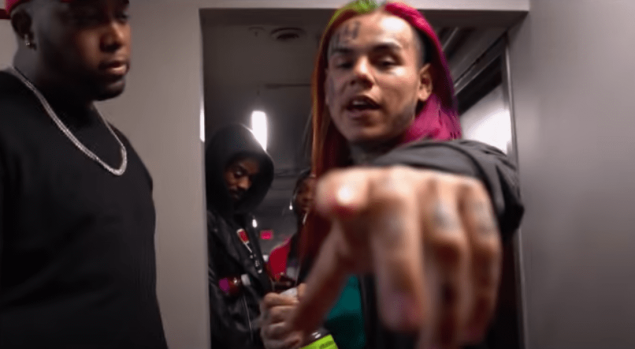 On Monday, Hulu delivered the first trailer for its anticipated original documentary 69: The Saga of Danny Hernandez which revolves around rapper Tekashi69 (aka 6ix9ine) and is now available to stream. The rainbow-haired, face tattooed rapper made headlines last year in a highly-publicized court case that saw him testify against Brooklyn gang Nine Trey Gangsta Bloods in return for a reduced prison sentence of just two years.

The doc explores the origins of the Brooklyn rapper who quickly became an online sensation for his non-traditional style, bombastic movie videos, and social media conflicts with other musical artists. As the marquee online troll in hip hop, Hernandez tapped into an evocative pocket of music fans that intersected with the smart phone social media era. After a meteoric rise in popularity, however, multiple run ins with the law had him facing 37 years in prison.

Director Vikram Gandhi (Barry) interviews neighborhood locals and former associates of the rapper to chart his development from a regular kid to an international social media sensation and top-selling recording artist. After years of creating a persona that championed gang affiliation and subversion of the law, Hernandez was arrested on firearms and racketeering charges in November 2018. Soon after, he began cooperating with the government to plead guilty to a series of gang robberies and shootings and testify for the prosecution against his former gang. The jury later convicted two of his co-defendants.

“I know I was wrong,” Hernandez said during an apology to a woman who was shot during one of his crimes in the midst of his trial. “I was weak. I was easily influenced. I can’t believe that was me. Again, your honor, there is no apology good enough.”

In Johnny Loftus’ review for Decider, he recommends the documentary is worth streaming, writing “69 has its underpinnings in the hip-hop stories that defined New York City over the last 40 years, but tells a furiously contemporary tale in the memes, madness, and body morphing that make a rap star in the Millennial age.”

In October, the Hernandez was sued by a 13-year-old girl depicted engaging in a sex act in videos that were later posted online by the rapper. The victim brought claims against Hernandez and Taquan Anderson for bringing her to a party in Harlem in February 2015, supplying her with drugs, and posting videos of her performing sex acts on them on social media. She is suing for unspecified damages under the Child Victims Act, which allows her to file suit regardless of when the alleged offense took place.

Despite federal agents warning Hernandez that several of his associates had made threats against his life, the rapper has rejected the federal witness protection program. Instead, the 24-year-old, who was released in April, plans to continue making music as he signed a $10 million recording contract last December. However, his first official album—Dummy Boy, released last November—was savaged by critics. Without the gangster persona and high-wire music videos that turned him into a contemporary influencer and masked the flaws in his music, no one is quite sure what to expect from the next chapter of Tekashi69’s career.

“He is the Donald Trump of the music industry,” Elliot Grainge, the CEO of Tekashi’s label, 10K Projects, told Rolling Stone last year. “We look at the data — 80 percent of the comments are hate. But if we showed you the analytics on who writes the hate comments, they’re the ones who go to the shows and buy the T-shirts!” 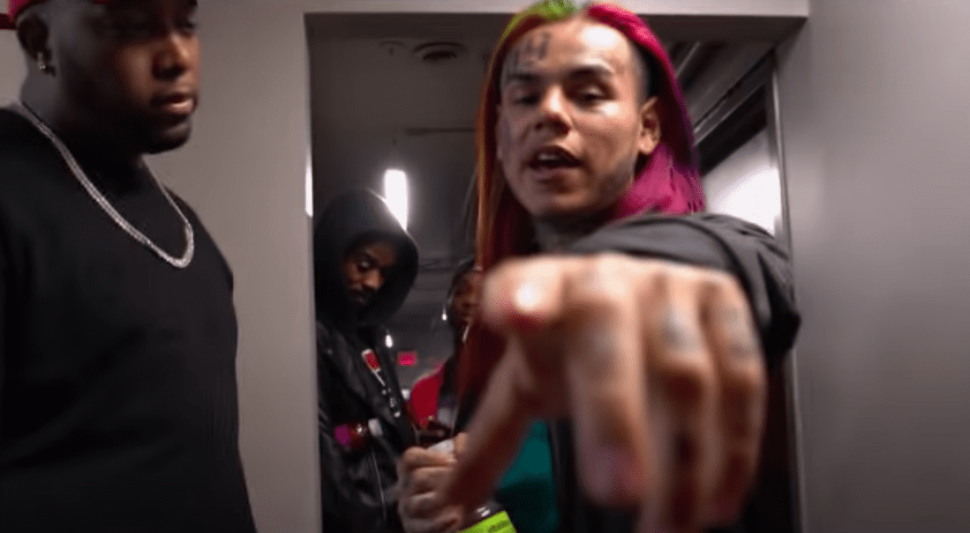