Any artist would tell you that there are innumerable different ways to execute portraits. Your sitting subject could be totally abstracted, as in a Paul Klee cubist interpretation, or they could be rendered in an icy cold manner that captures every detail of their flawed human bodies, as Lucian Freud’s work illustrates. Barkley L. Hendricks, the artist whose painting Jackie Sha-La-La (Jackie Cameron) is estimate to fetch from $2 million to $3 million at Sotheby’s upcoming Contemporary Art Day Auction on November 17, had a take on people that was decidedly more generous and timeless. Hendricks, who passed away in 2017, painted Jackie Cameron in such a way that the image of her appears to wield definitive authority: she is as much looking at the viewer as the viewer is looking at her.

Henricks was born in 1945 and educated at the Pennsylvania Academy of the Fine Arts, where he cultivated a signature mix of Old Master painting techniques and thoroughly contemporary preoccupations. Sotheby’s points out that the paintings Hendricks made deliberately harken back to iconic portraits like Edouard Manet’s Olympia and Marie Antoinette with a Rose by Elisabeth Louise Vigée Le Brun. In all of these works of art, the woman which the painting depicts is rendered with intelligence and awareness that many portraits end up lacking.

The central figure in Jackie Sha-La-La (Jackie Cameron) is coated with signifiers that speak to her power. Her dress and the carpet under the couch are spotted with magnolias, which are understood to be classical art historical symbols of wealth. However, Jackie’s pose, her hat and the can of Coke she’s holding in her left hand all place her thoroughly within an American context.

Sotheby’s shocked the market in spring 2019 when the auction house sold Hendricks’ Yocks from 1975, a portrait of two men he met in Boston, for $3.72 million, which was triple what it had sold for two years earlier. They seem to have taken this recent record sale into account when anticipating Hendricks’ Jackie, painted the same year, could sell for close to $3 million. 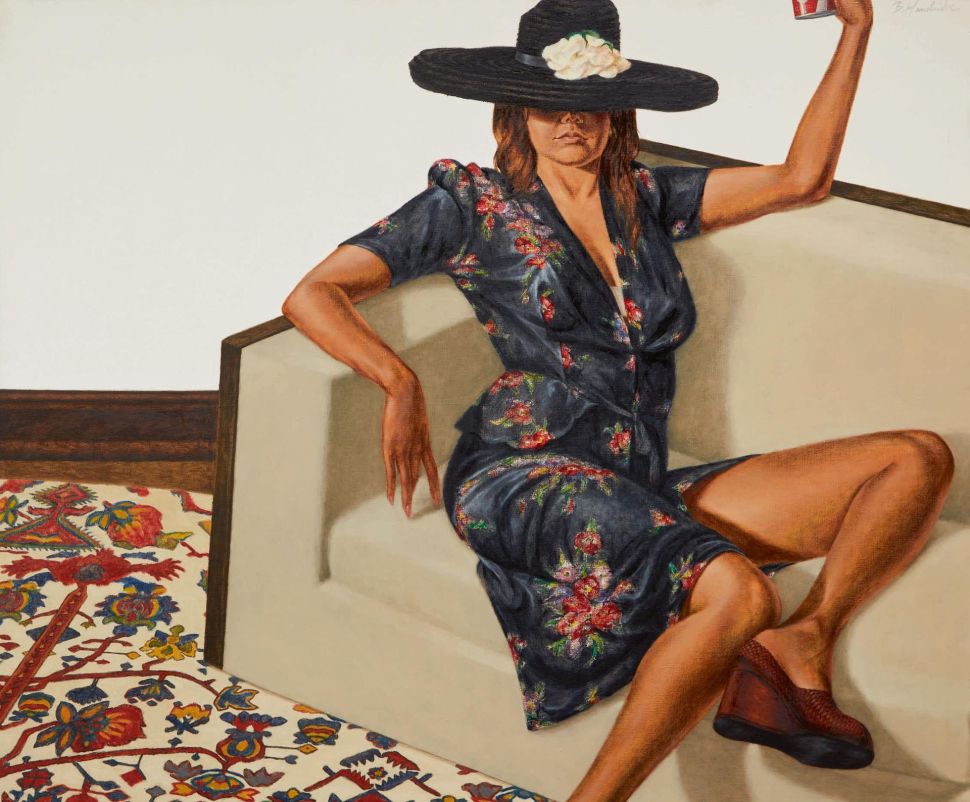