Within the wide world of comic book illustrators, there are certain names that carry a great deal of clout because of their years of contributions to numerous big names and franchises. John Buscema, an American comic book artist whose works played a huge role in the development of the Marvel aesthetic through the ’60s and ’70s, is certainly one of these big names: Buscema, who died in 2002, is best known for his contributions to The Avengers, The Silver Surfer and Conan the Barbarian. However, on Thursday, November 5, Buscema’s daughter revealed via social media that 45 original pieces of the artist’s work had been stolen from their family. 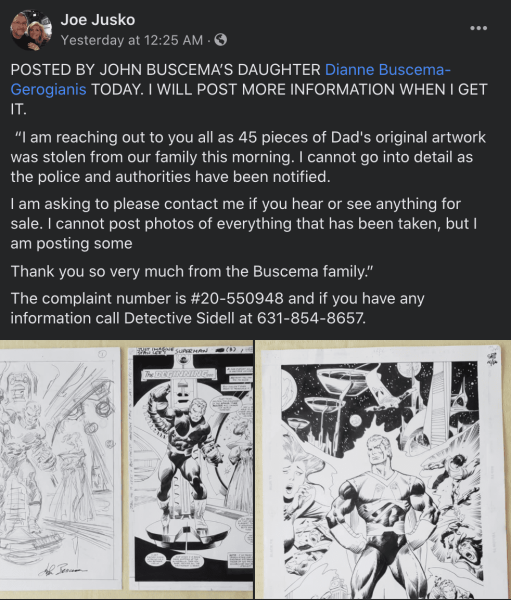 On Facebook, Dianne Buscema-Gerogianis reached out to the artist Joe Jusko over Facebook to deliver the unfortunate news, and to ask for his assistance in recovering the stolen pieces. “I am reaching out to you all as 45 pieces of Dad’s original artwork was stolen from our family this morning,” Buscema-Gerogianis wrote in her post. “I cannot go into detail as the police and authorities have been notified.” The artist’s daughter then implored the public and her friends to be on the lookout for any artwork by her father appearing on the resale market. Buscema-Gerogianis has not yet responded to Observer’s request for comment, but the mysterious theft of her father’s creations is not the first time comic book art has been the target of a heist. In 2017, Joe Quesada, a chief creative officer at Marvel, had his original collection of comic book art stolen by an Italian plumber.

Original comic book art tends to fetch high prices at auction, especially lately: just a few weeks ago, original art that was made by John Romita Sr. and Gil Kane for the cover of 1974’s Amazing Spider-Man #129 went for $2 million, and in 2019, a 1969 cover sold for an amazing $5.4 million. So, unfortunately, it makes perfect sense that the extensive theft of Buscema’s work could have been financially motivated. 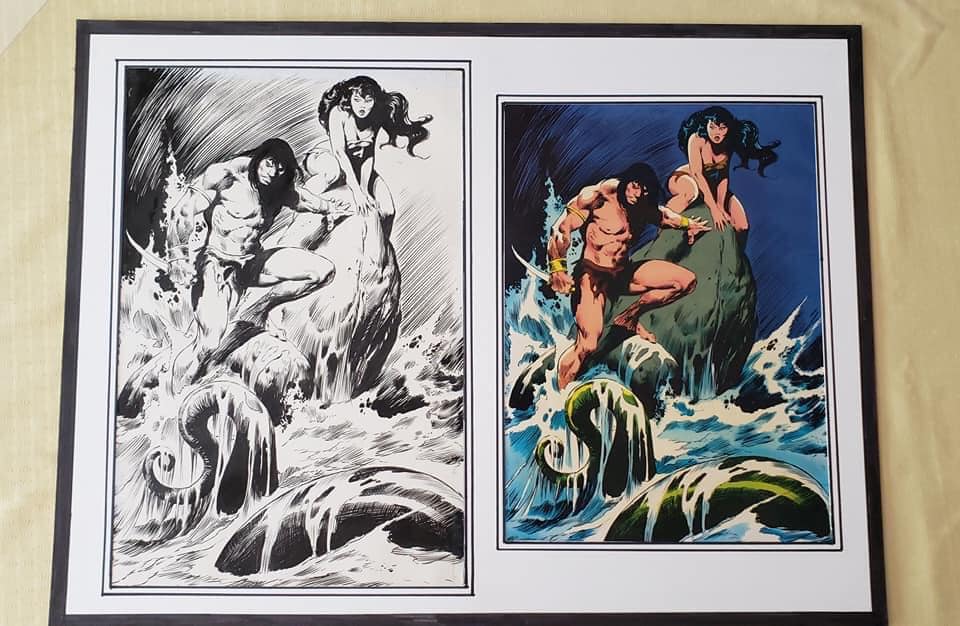