While filming Emma last year in the English countryside, Johnny Flynn was already preparing to embody a young David Bowie in Gabriel Range’s Stardust. He lost nearly 30 pounds during the last two months of production and was up late every night reading about the singer’s life and career.

“That was, for me, a relatively big film in terms of the time and the budget,” Flynn remembers of Emma, speaking to Observer over Zoom in mid-November. “It was two or three times the length of this shoot. I’d stopped eating breakfast halfway through filming Emma and we were filming long days and I was nearly falling over on set trying to lose the weight for Bowie. I doing late-night dialect and music rehearsal while we were shooting Emma. It was all quite intense. But I wouldn’t swap it for anything.”

Two days after wrapping Emma, Flynn flew to Toronto, where most of Stardust was filmed. The movie follows Bowie as he embarks on his first U.S. tour in 1971, dealing with his lack of fame in the States and his struggle to come to terms with his past. It feels like a road trip film, as much of the story centers on Bowie’s relationship with his U.S. publicist Ron Oberman (Marc Maron), who drives him from small concert to radio gig to meeting. Flynn first met with Range about the role in early 2018 after originally saying no to the role.

“I won’t lie, it wasn’t an easy thing to want to do or to want to take on,” the actor admits. “It’s potentially a real double-edged sword. But I felt like, This is a once-in-a-lifetime risk. And it wasn’t a risk I wanted to take lightly. I passed on an early version of the script because it was more like a jukebox musical. When I met Gabriel Range, the director, who was replacing somebody and taking the film in a very different direction, it felt much more small and specific to this moment in time. He was very keen for a musician to play the role, who had had some of those experiences of turning up to play small rooms and nobody knows who you are and all of that stuff. I suddenly realized, This is an important story to tell. It’s important to look beyond the person we all know and deconstruct the myth around Bowie.”

He adds, “I was at a point where I really want to take a risk, but one that felt like one worth taking. All the time, really, I feel like I don’t want to tread . I want to do something bold and tell a story that feels like it needs to be out there.”

Flynn, who has released several albums with his band Johnny Flynn & The Sussex Wit alongside his work as a film and theater actor, could identify with Bowie’s early struggle to find an audience in America. The scenes where Bowie performs for a small, disinterested crowd in a nightclub or at party where no one is paying attention came from personal experience.

“I’m quite a shy person, so it was like getting on a really scary rollercoaster every time,” Flynn remembers of his experiences playing open mics. “I was able to let it never overwhelm me. In the early days when there was no expectation of me, I allowed that to be a thrilling sense of release. I became somebody different. I didn’t know what was going to happen. I felt like I was a conduit for some kind of energy. I’m sure that some of that is David’s experience as well. But I think there was a greater fear for him of drowning in a sea of anonymity, which I allowed to come into the moment in the films.”

While Flynn did a lot of prep ahead of—and even during—filming, he didn’t want to overprepare. He’s not trying to do a perfect version of Bowie or trying to imitate his mannerisms, but instead the actor wanted to take all of the background and research onboard and then let it go once on the set.

“I was very keen for it not to be an impersonation which people could pick holes in,” he explains. “I don’t look exactly like David Bowie. For me, that’s not the point. It’s about finding an essence of him and not trying so hard. Doing the work that allowed people to trust that I had the spirit of David Bowie in this moment in time. But then being real in those situations and allowing myself to feel like I was struggling in those situations he’s dealing with in the story.”

Stardust doesn’t feature any of Bowie’s original music, instead using cover songs performed by Flynn. Filmmaker Duncan Jones, Bowie’s son, tweeted last year that the filmmakers didn’t have the rights to the musician’s catalogue, writing, “If you want to see a biopic without his music or the families blessing, that’s up to the audience.” But for Flynn, Bowie’s actual music isn’t necessary to tell this particular story.

“We never had or wanted the Bowie music, because the idea was that you can listen to the records for that,” the actor says of ‘Stardust,’ which features cover songs of the David Bowie’s work.

“We never had or wanted the Bowie music, because the idea was that you can listen to the records for that,” the actor says. “We wanted to tell an alternative story to the Bowie that you know. From this time, and this tour in particular, he was running away from his own music and he was copying Lou Reed and the Velvet Underground. He was into his mime thing. He was sort of embarrassed of his own stuff. And it’s really a creative invitation to not have the music and look at all the other stuff he was doing in this time.”

Flynn, who has spent lockdown writing a musical re-telling of the Gilgamesh myth, knows that what’s ultimately more interesting than a specific song is the idea of why music connects us to begin with. He plays music because it brings people together—a revelatory idea during a global pandemic—and his investigation of Bowie comes from a place of trying to understand why certain musicians have this innate ability.

“If a show goes well there’s this pivotal moment where everybody starts breathing at the same time,” Flynn notes. “You start to feel everybody come together in this common point of focus. It can feel, as an audience or on stage, like a spiritual experience. That’s why I do it—it feels like this blessed thing to share stories in that way and be affected by them. We know David got to that place. But it’s cool to think about who that person was before he worked out how to do that. And it’s encouraging to say ‘We all start somewhere.’” 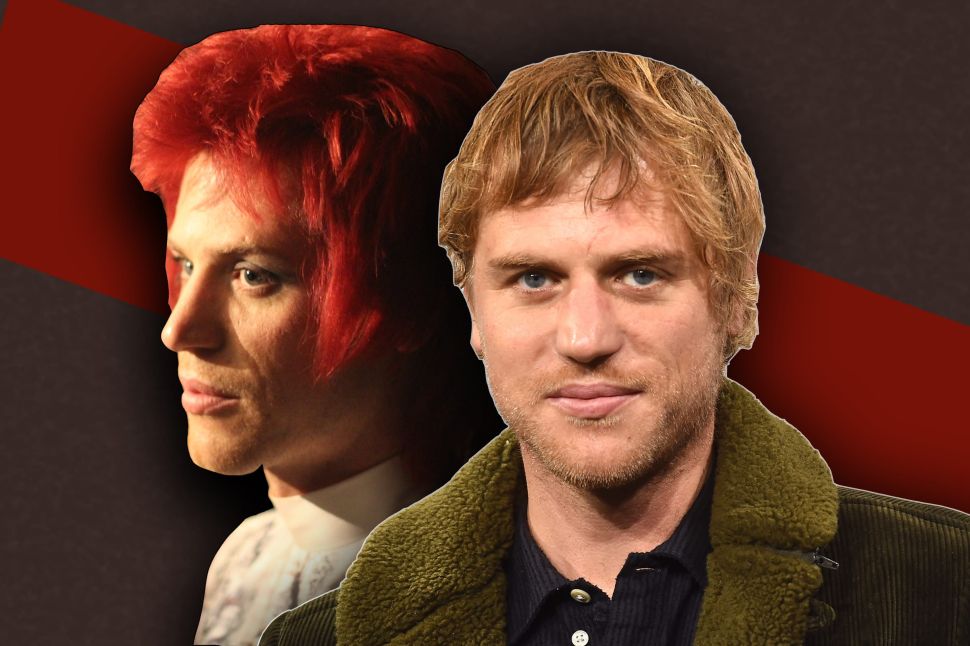