Social unrest over racial inequality has roiled this country over the past months and prompted much soul-searching among arts institutions. Despite suspending performances in mid-March, many opera companies have remained active, seeking to improve and expand opportunities for Black artists. While the Metropolitan Opera has announced that it will open its 2021-22 season with Terence Blanchard’s recent Fire Shut Up in My Bones, the Los Angeles Opera stepped up immediately with an innovative online presentation of a rare opera by an important composer, The Anonymous Lover by Joseph Bologne—a work nearly 250 years old.

Joseph Bologne, Chevalier de Saint-Georges, was born on Christmas Day, 1745, in Guadalupe, the son of a Senegalese slave and a French plantation-owner. Rather than suffer the brutal fate of many owner-slave offspring, Joseph and his mother accompanied his father (and his father’s legal wife and daughter) when they relocated to France in 1759. Soon after his arrival, the young Bologne began to stand out for his extraordinary talents as a fencer and as a violinist.

While his fencing prowess pointed to a military career, his attentions turned increasingly toward music, collaborating with many important musicians including Gossec and Stamitz and studying with Leclair, France’s premiere violinist-composer. In his early 20s, Bologne took over as director of the famed orchestra Concerts des Amateurs, but after a swift rise to the top, he experienced a devastating reminder that he remained an outsider. After putting himself forward to take on the role of music director at the Paris Opera, a number of the company’s sopranos wrote to the queen, objecting to his appointment due to Bologne being of mixed race.

Even facing such prejudice, his fortunes rose as a composer, and he soon began to write for the stage. His serious first opera, Ernestine, with a libretto by Choderlos de Laclos, author of Les Liaisons dangereuses, flopped, but he had better luck with opéra comique, a lighter genre with sprightly ariettes and ensembles linked by spoken dialogue. L’Amant Anonyme, his only surviving opera, proved a refreshing choice for the first fully-staged online production by LA Opera (in cooperation with the Colburn School), conducted by music director James Conlon and directed by Bruce A. Lemon, Jr., a black native Los Angelino.

Amant, a.k.a. The Anonymous Lover, didn’t attract much notice when the Little Opera Theater of New York performed it in 2016. Since then, however, there’s been an explosion of interest in Bologne. But, with the exception of a single aria from Ernestine, recordings have focused on his violin works. So there’s naturally been nervous curiosity about his sole extant opera.

The happy news from the LA Opera show (which premiered Saturday and remains available for free streaming until November 29) was that Lover proved a fascinating delight that follows expected tropes of opéra comique while pushing musical boundaries in unexpected ways. The slight plot, adapted from a play by Mme de Genlis, revolves around Valcour’s secret love for Léontine, a widow still wounded by her late husband’s neglect. After years of waiting patiently, Valcour wants to change his status from platonic BFF to suitor and has begun sending ardent but unsigned love letters. She becomes both disturbed and heartened by these anonymous missives. Innocuous misunderstandings are swiftly remedied, and the pair are joined together during the wedding of Jeannette and Colin that has been simultaneously going on—all in a tidy 100 minutes.

Bologne is often compared to Mozart (occasionally with a demeaning nickname that is mercifully fading from use) surely because the Austrian master is an easy point of reference plus the pair likely interacted when Mozart traveled to Paris in 1778. However, this viewer wasn’t reminded of Mozart during Lover; I had expected it to resemble contemporary comiques by Philidor, Monsigny or Grétry but instead it was full of unexpected darker Sturm und Drang hints of Haydn whose symphonies Bologne brought to Paris

Conlon’s lush, vigorous orchestra was recorded in advance of the filming so the six singers heard their accompaniment via discreet earphones. Coordination was exemplary but the sound blend was sometimes disturbingly artificial as nearly always each singer was filmed in isolation so there was little interaction. Despite the elaborate pandemic precautions outlined in a pre-performance video, viewers were not treated to a straight-forward, socially-distanced staging but a sophisticated filmed presentation featuring saturated colors, split-screens, superimposed images and slow-motion footage.

As the befuddled Léontine, soprano Tiffany Townsend charmed with her clear, limpid voice and sympathetic dramatic portrayal. Occasionally though both she and Alaysha Fox as her confidante Dorothée were taxed by the more dramatic moments in their respective arias. Despite his slightly stalkerish game plan, tenor Robert Stahley’s sweetly earnest Valcour instantly won our sympathies, suavely assisted by baritone Michael J. Hawk’s debonair Ophémon. These four blended admirably in the dazzling quartet that concludes the first act, the score’s highlight.

If the arch spoken English dialogue wasn’t delivered with the same panache as Bologne’s music, which was sung in the original French, the cast vividly conjured the romantic intrigue. Like many opéras comiques, Lover calls for considerable dancing, which here employed a sinuous, decidedly non-socially distanced pair: Andrea Beason (who choreographed) and Daniel Lindgren.

As Bologne’s other operatic works didn’t survive, we must be especially grateful The Anonymous Lover can still bewitch us. The composer’s life after its 1780 premiere was more occupied with military exploits (including 18 months in prison) than musical efforts. Unsurprisingly, a biopic about the remarkable Chevalier Saint-Georges has been recently announced. 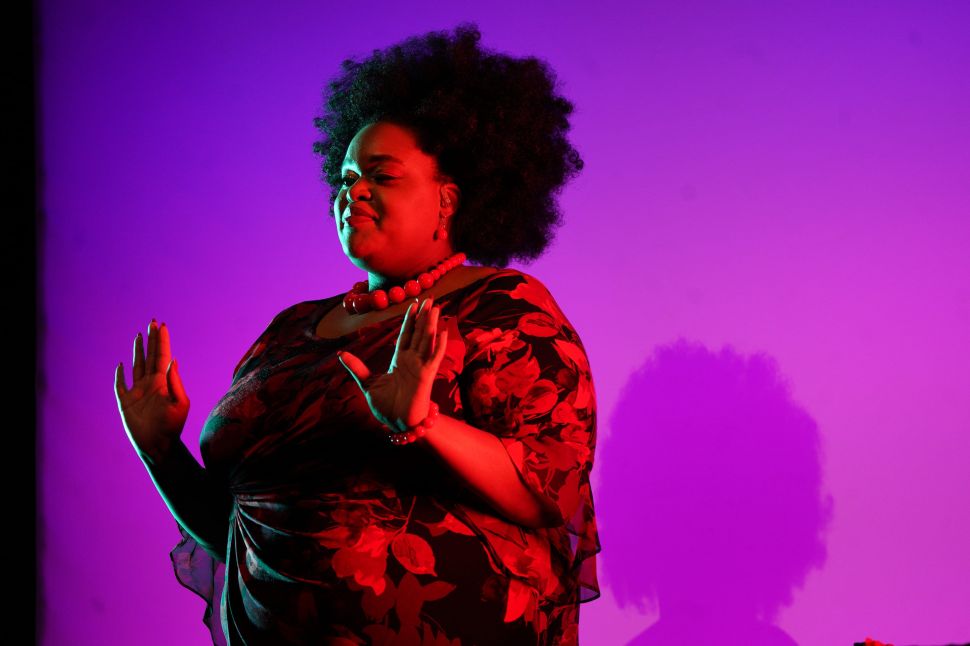