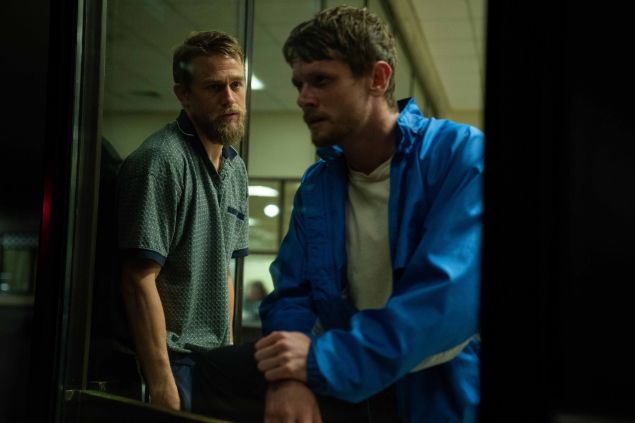 The only reason to waste money and risk COVID exposure in any theater showing Jungleland is the privilege of seeing Charlie Hunnam and Jack O’Connell, two of the best and most charismatic actors in films today, struggle to turn a turgid, cliché-riddled bore about the underground game of bare-knuckle fighting into something better than it could ever be. Hope springs eternal, but the surfeit of challenges in this turkey are too numerous to surmount.

The action centers on two blue collar brothers from Fall River, Massachusetts—a grim factory town known only as the place where infamous axe murderess Lizzie Borden once gave her father forty whacks and, as the song goes, “after all was said and done, she gave her mother forty-one.” Judging by the many books, films and plays about her, Lizzie was a much more riveting character than the unfocused pair of brothers at the center of Jungleland. Stan Kaminsky (Charlie Hunnam) has a past so crooked he has already served time in jail. Now saddled with taking care of his younger brother Lion (Jack O’Connell), he has no skills and no means of support, so they work in a sewing factory and sleep in a condemned house with boarded-up windows that is waiting for demolition.

Hoping to save enough money to one day open a dry cleaning shop, Stan pushes Lion into the dangerous and illegal fight circuit, acting as his trainer and manager, and nearly getting him killed in the process. The road to big money lies ahead, in a bare-knuckle San Francisco  competition staged in a place called Jungleland, but before they can enter the ring, Stan has to repay a notorious crime boss in Reno (mild-mannered John Cullum, of all people, who chews a lot of scenery to no avail) by delivering a pregnant, teenaged runaway named Sky (Jessica Barden).

The hint of a lot of blood and sex is promised but never fulfilled, as the boys drag Sky from Massachusetts to Nevada and she tries to escape. The girl that poor, ignorant Lion unwisely falls for drugs him, steals and wrecks his car, but reassures him “that doesn’t mean I don’t like you.” Sometimes the film, directed by Henry (“The Fonz”) Winkler’s son Max, seems like an SNL sketch. At other times the close parallels to David O. Russell’s The Fighter (2010), with Mark Wahlberg as a Boston underdog and Christian Bale as his unreliable older brother-trainer, are painfully deja vu. They were from Massachusetts, too.

The three leads are all British, but their working-class American accents are perfect. Watching them live their scruffy roles with naturalism is so superior to the material that I forgot I was watching a mediocre movie, convinced that I was spending repellant time with real people—penniless, homeless, without any key to survival, living on junk food in greasy diners, cheap hotels and dirty bus stations, hand to mouth, day to day. Jack O’Connell is especially triumphant as Lion. I’ve been impressed by his range and versatility since he played Louis Zamperini, the real-life Olympic distance runner and Japanese P.O.W. in Angelina Jolie’s powerful 2014 saga, Unbroken.

Now, playing a bummed-out boxer with a heart soft as his battered brain, he proves to be that rare breed of artist who can take a generic role in a mediocre movie like Jungleland and turn it into a soulful triumph of his own invention.

Jungleland is available now on video on demand. 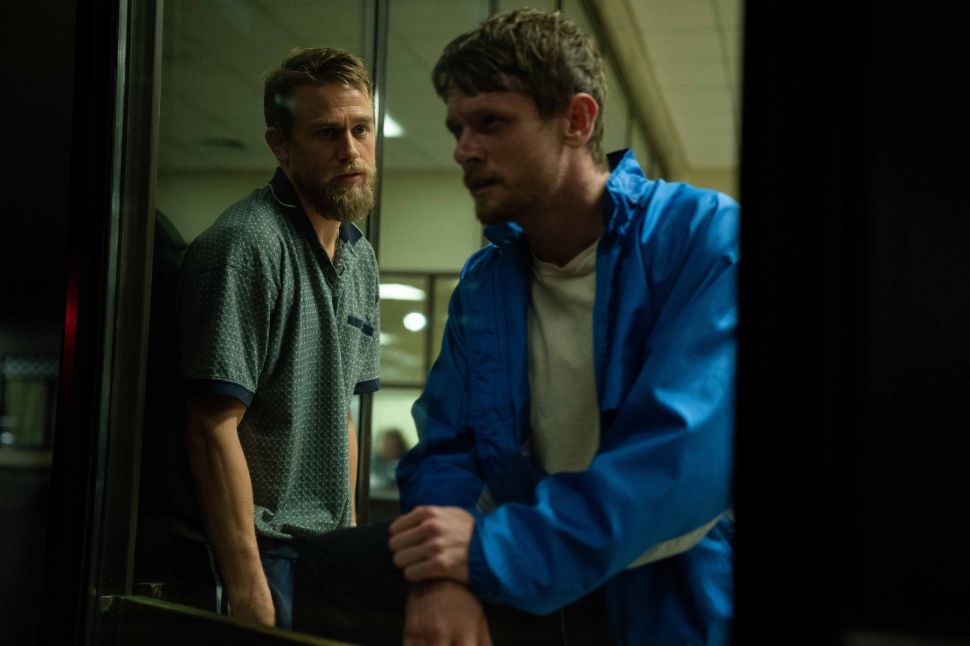