The redistribution of objects that were looted by the Nazis to their rightful owners is a process that takes place in fits and spurts all over the world, but sometimes it can get complicated. Currently, three descendants of Robert Lewenstein, a Jewish man who escaped to France from the Netherlands in 1940, are in the process of suing for the return of Bild mit Häusern (Painting with Houses), a 1909 painting by Wassily Kandinsky. The Lewensteins are arguing that the painting, which was sold at a deeply slashed price to Amsterdam’s city council in 1940 at the Frederik Muller auction house after Lewenstein had departed to France, rightfully belongs to their family. However, an official advisory committee that’s previously made rulings regarding the painting’s fate doesn’t necessarily concur.

In 2018, this restitutions committee in the Netherlands determined that because Robert Lewenstein’s finances had already been falling apart in the years leading up to 1940, the painting had therefore been purchased by Amsterdam’s city council in good faith. By the time the sale took place, Lewenstein and his wife had left the country and the Nazis had already been occupying the Netherlands for five months. Currently, the Kandinsky painting is in the possession of the Stedelijk Museum in Amsterdam; this museum is run by the Amsterdam city council.

Although a final ruling that will determine where the painting winds up will take place in December, it seems clear that regardless of whether the manner in which the painting was purchased was “legitimate” or not, history clearly shows that families like the Lewensteins were unquestionably forced to part ways with their art. “Immediately after the invasion, the Germans started looting art,” Simon van der Sluijs, a lawyer working on behalf of the Lewensteins, said in a court in Amsterdam according to The Guardian. “Pressure and coercion and the justified fear that lived among the Jews were used. That fear did not pass by the Lewenstein family. The Nazis marched past their offices on Dam Square. To label the auction of works of art belonging to the Lewenstein family as voluntary is bizarre.” 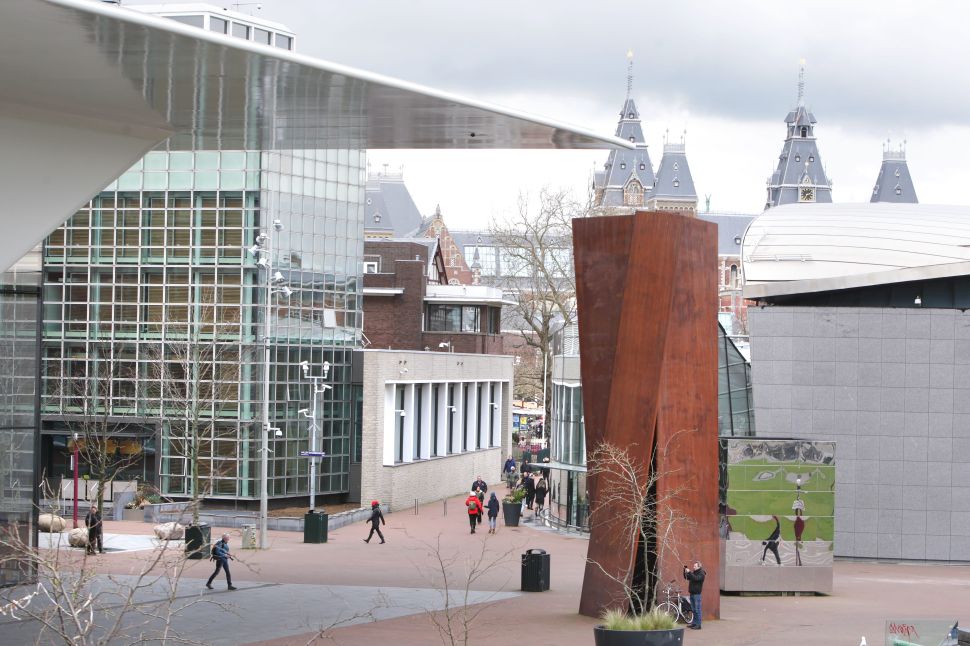