Khloe sold the eight-bedroom, seven-bathroom abode for $15.5 million, and according to Variety, that’s about over $1 million more than the highest price previously paid for a home in the Kardashian-adored enclave of Calabasas.

It’s also a serious profit from the $7.2 million that Khloe paid none other than Justin Bieber for the house back in 2014. The home was listed with Compass broker Tomer Fridman.

The buyer is cosmetics guru and social media personality Dhar Mann, who revealed his new home on his Instagram account.

What better way to celebrate the birthday of my life partner @laurag_143 than to also celebrate us buying our new home!!! 🏠🔑🎉When Laura met me I was sharing a 350 square foot studio apartment with a roommate and sleeping on a couch. To be able to buy the house of our dreams today a few years later is a feeling I cannot even begin to describe 🙏🏽❤️ Thank you God for bringing the love of my life into the world on this day and for always blessing my little family with more than we deserve!!! We’re so so grateful for the life you have given us and will never take it for granted 🥺❤️

Khloe completed a major renovation during her ownership, which she subsequently showed off in an Architectural Digest spread alongside her sister, Kourtney.

The eat-in kitchen is fitted with a marble island and countertops, while the tented living room features a Levantine mirror. There’s also a silver-toned screening room.

The owner’s suite has access to a fully equipped glam room, of course, and the Keeping Up With the Kardashians personality also converted two of the bedrooms into a truly palatial walk-in closet.

Khloe later created an ultra-luxurious nursery for her daughter, True, which at one point was furnished with a $4,500 lucite crib.

The backyard is configured with a sparkling swimming pool, a patio with swinging day beds and a courtyard with a fireplace.

Khloe already has her next home lined up, though, as she and Tristan Thompson recently purchased a new mansion right nearby, in the every Kardashian-filled area of Hidden Hills. It’s right next door to the home that family momager Kris Jenner just bought. 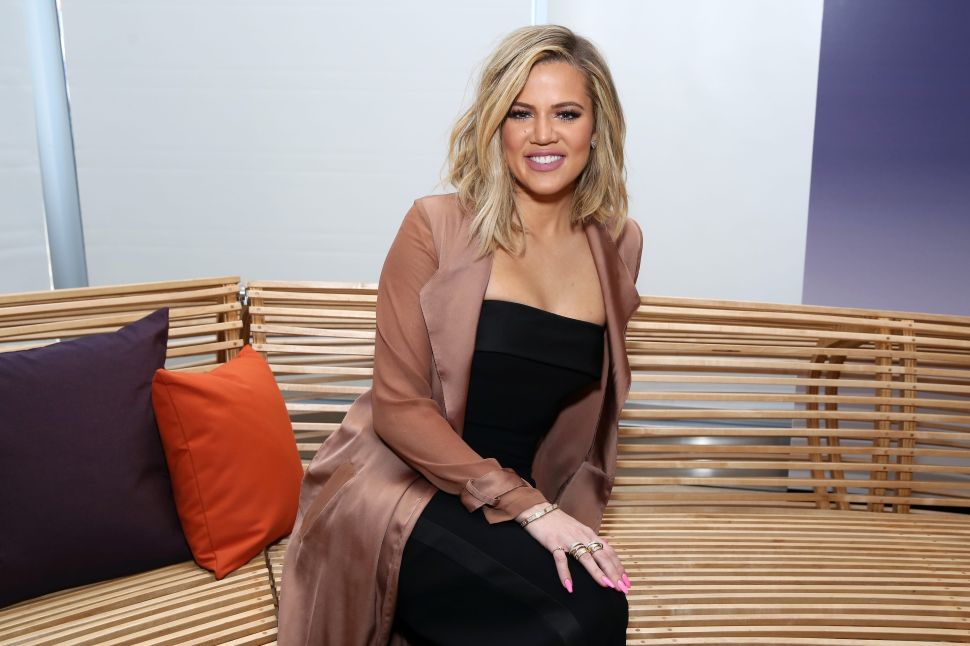