Thanks to the toxicity of the coronavirus pandemic that has altered the world as we used to know it, I doubt if anyone can seriously challenge the conviction that 2020 will go down in the books as the worst year in the history of the arts. Movies are on life support. To see one, you have to own a car and find a drive-in theater, or sit in a straight-back chair for hours glued to a laptop computer staring at a screen the size of a small kitchen chopping board. Needless to say, I haven’t seen much. Nor have I missed much. If there is such a thing as a storage room for low-budget thrillers without thrills populated by actors nobody ever heard of, or idiot comedies guaranteed to wreak havoc on your I.Q. points faster than you adjust your face mask in order to breathe, then the doors are suddenly wide open. At last we know the true meaning of cinematic despair.

As movie houses make a bold effort to return to normal, I’m grateful for the few rare films that have managed to slip through the fence. One of the best is Let Him Go, an uneven but satisfying domestic thriller starring Kevin Costner and Diane Lane, two accomplished and mesmerizing contemporary screen icons who just keep getting better every time they hear a director yell “Action!” and the camera rolls. This time the writer-director is Thomas Bezucha, a promising talent who knows the value of filming at the kind of leisurely pace that allows you enough time to get to know the characters well. And the people in Let Him Go are so worth knowing that you want to know them even better. Costner and Lane play George and Margaret Blackledge, a Montana couple whose lives are shattered when their son dies suddenly on the ranch, leaving behind his grieving wife Lorna (Kayli Carter) and his newborn son Jimmy. In time, Margaret witnesses Lorna’s descent into misery and domestic abuse after unwisely marrying a cruel and violent brute who mistreats her and the baby, then abruptly moves them off in the middle of the night without so much as a simple goodbye to live with his own family in a remote section of the Dakotas. Margaret is a gentle soul who loves horses and children; George is a retired sheriff turned rancher, calloused by the mean-spirited world he witnessed as a lawman. Obsessed with the idea of saving their once happily married, now widowed daughter-in-law and their cherished 3-year-old grandson from a bleak and hopeless future, they head for the wilderness on a rescue mission. But after a nasty dinner meeting with Lorna’s new “family,” it doesn’t take long for the best-laid plans to sink in a dangerous and septic quagmire of horror.

Let Him Go wastes no time pulling you into an emotional grasp so compelling you can’t believe what happens as the narrative moves from one shocking scene to the next in a pandemic of violence. Lorna and Little Jimmy are thwarted in every attempt to escape by a controlling gang of maniacs that includes the child’s stepfather, his criminally deranged brothers and their crude, overbearing, peroxided, chain-smoking, gun-toting mother Blanche (a devastating performance by the great Lesley Manville as the most lethal mother since Shelley Winters played Ma Barker). Just when you think the film will settle down into some sort of recognizable sanity, it shifts into hair-raising terror.

Kevin Costner, who also produced, doesn’t have a lot to do in Let Him Go, but he lends the human side of the equation a silent strength that bolsters Diane Lane’s decency with perfection and balance. She is playing years beyond her age and looks, but you can’t fool me. Anyone lucky enough to have seen her recently onstage as fading film star Alexandra del Lago in the delicious revival of Tennessee Williams’s Sweet Bird of Youth can tell you her growth and maturity as an actress still matches a beauty that can only be accurately described as incandescent.

One caveat: after the ghastly events that unfold throughout this film, I felt the happy ending was too easily resolved, and I regret the dull and unimaginative title (how many people will feel compelled to head with enthusiasm to a movie called Let Him Go?) But at a crisis point in what passes for filmmaking these days, half a loaf is hardly what I call toast. 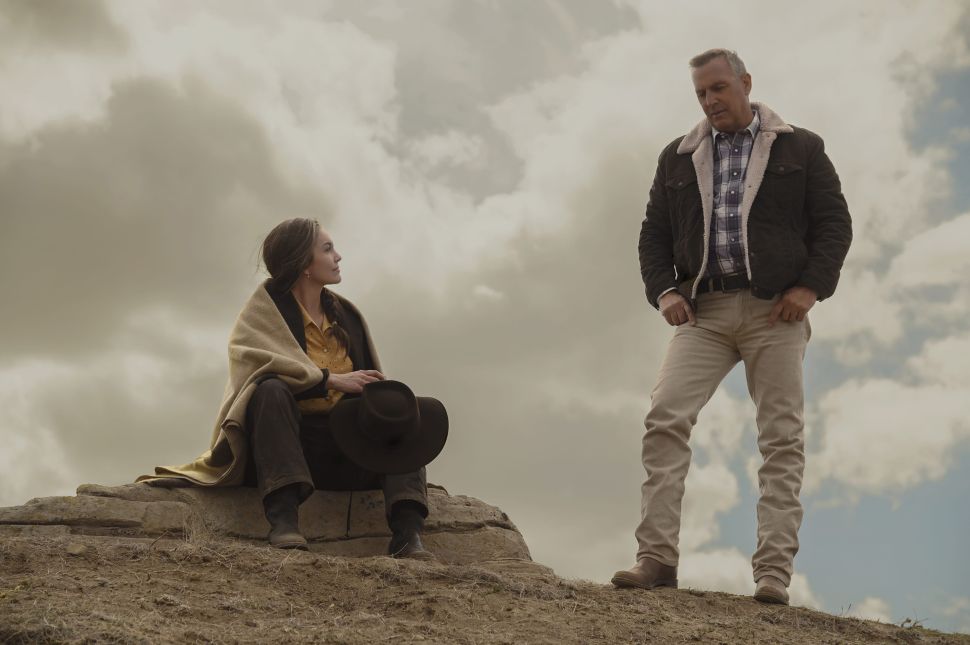